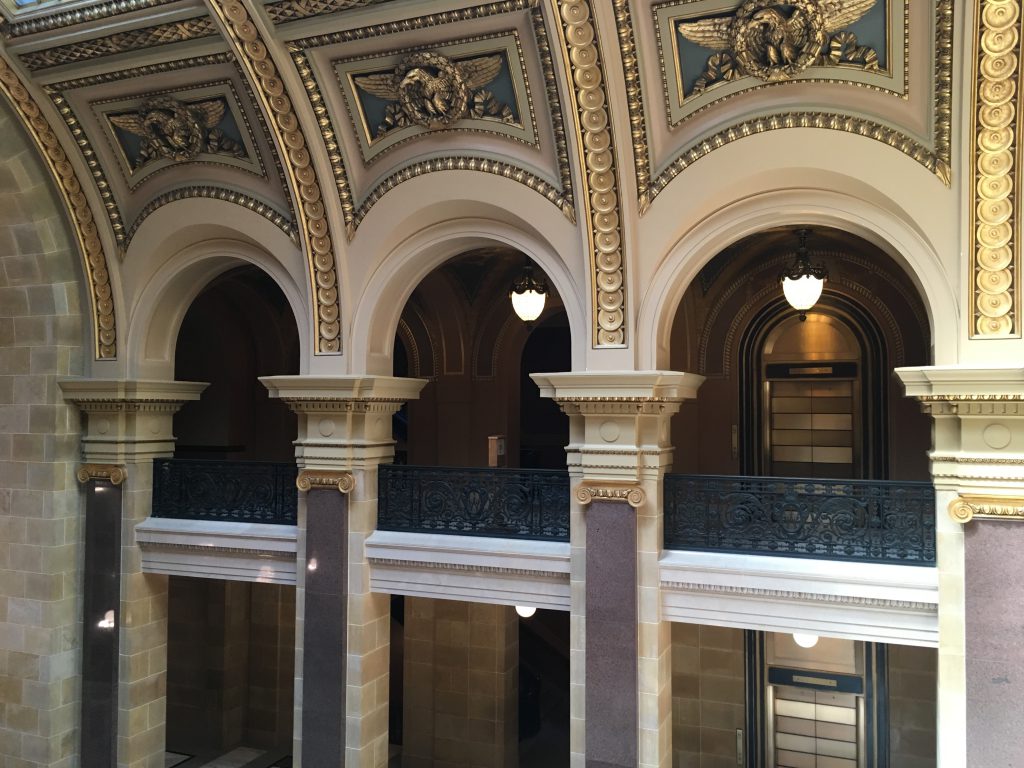 As the JFC considered the housing provisions in Gov. Tony Evers proposed 2021-23 budget Thursday, the four Democrats on the 16-person body pleaded — unsuccessfully — with the Republicans to keep millions of dollars in housing aid for workers and the homeless.

In his budget, Evers had proposed spending, over two years, $50 million on workforce housing grants, $2 million on providing low-income residents with legal assistance for civil matters such as evictions and more than $22 million on various programs for preventing homelessness. Democrats on the committee also tried to push the Republicans to spend $5.5 million allocated in the current budget to help the homeless, that is still sitting in what they called a JFC “slush fund.”

Republicans cut almost all of the housing proposals, saying it would be “embarrassing” to spend so much money on housing, using the GOP’s now-frequent argument that the state shouldn’t spend money in places where federal funds from the American Rescue Plan Act can be allocated.

“We’ve got to figure out this whole fed money situation, how it relates to the big picture of housing,” Sen. Duey Stroebel (R-Saukville) said. “Writing a blank check like that … isn’t governing, believe me, not at all.”

“It would be an embarrassment to spend $50 million in that regard,” Stroebel, continued.

Democrats said that all of the spending would help Wisconsinites find safety and security in their own home. Rep. Evan Goyke (D-Milwaukee) spoke about his home and said that despite its leaky roof and drafty windows, it has helped his family find economic stability. He added that he wants people across the state to have that opportunity.

“It has convinced me beyond a shadow of a doubt that affordable housing matters, that it can transform the lives of the people of Wisconsin, if they can find it,” he said.

As Thursday’s meeting began, Democrats tried to reinsert provisions into the budget that had already been cut from the governor’s budget by Republicans in previous meetings. That effort failed, and most of Evers’ housing proposals joined funding for the state’s Black History Museum, raising the state minimum wage and legalizing cannabis in the Republicans’ trash heap.

Yet across the state, housing continues to be a complicated and worsening issue — with problems varying between rural and urban areas. In rural areas, even many communities that have good jobs available don’t have enough affordable housing for those workers. In urban areas such as Madison, increasing populations have spiked housing demand with no easy way to rapidly build more units.

Meanwhile, the available options that are supposed to be open to the most vulnerable are becoming closed off and a CDC-imposed moratorium on evictions is set to end soon.

The need for solutions to Wisconsin’s affordable housing crisis is obvious, Democrats say.

“The governor’s budget responds to what we have heard from people across the state, and it makes significant investments in addressing homelessness and workforce housing shortages,” Rep. Greta Neubauer (D-Racine) said. “It invests in our shared economic recovery. I hope that we make these critical investments, that we pass this motion and that we release these additional funds, as soon as possible.”

But Evers’ proposed millions in housing aid was reduced, on a 12-4 party-line vote, to just a $600,000 increase in funding for homeless shelters and housing grants.

Republicans also revived a program that Evers proposed repealing in his budget. Previously, the homeless employment program would provide grants to municipalities to connect homeless individuals with permanent employment — but the municipality had to provide matching funds of at least $50,000. The Republicans on the committee decreased the required match to $10,000.

“What better act can we do then to help somebody who’s homeless get a job,” committee co-chair Sen. Howard Marklein (R-Spring Green) said.

The money Evers’ planned to dedicate to helping low-income residents access legal assistance in civil proceedings was pushed down the road for a later meeting.

After Republicans slashed the budget, Democrats continued to point out this decision will have detrimental effects on some of the most vulnerable people in Wisconsin.

“I just want to point out, one among many of the long list of items that have been removed in this motion, and that is the veterans’ rental assistance program,” Neubauer said. “There was a lot of talk on this committee not too long ago about support for veterans. But when the rubber hits the road, and we’re talking about the most vulnerable veterans in our state, turns out you just don’t think there’s money for them.

Sen. Dale Kooyenga (R-Brookfield) objected to Neubauer pointing out the group of constituents who will be most affected by the decisions of the powerful budgetary committee.

“I hate these political games where people use minorities and veterans and everything else as like, ‘oh, you’re cutting that,’ it’s just sickening,” Kooyenga said.