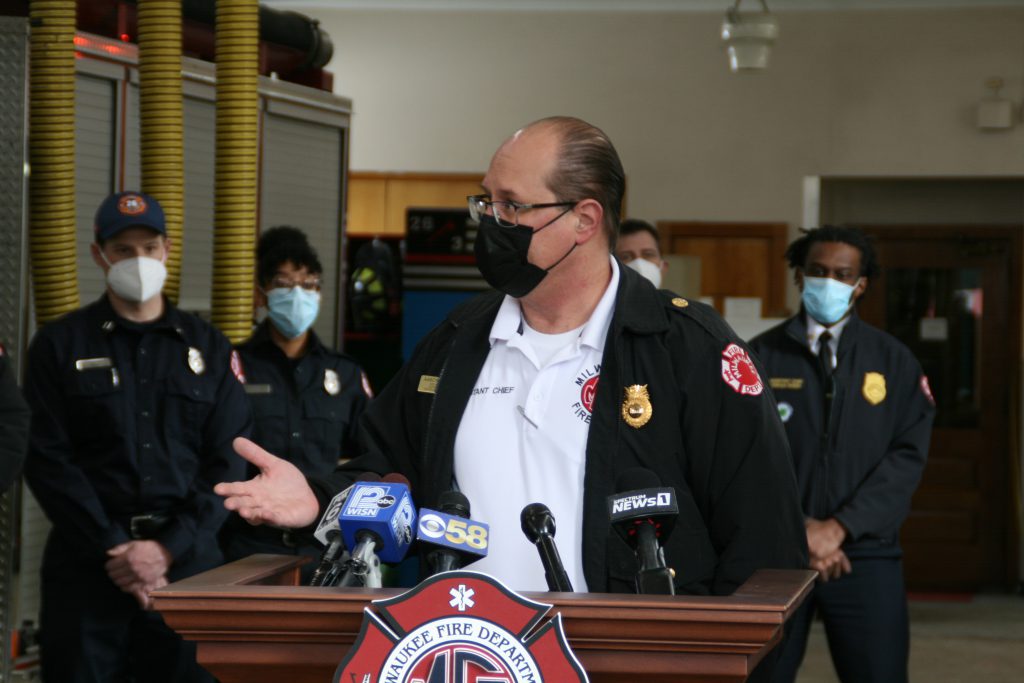 The Milwaukee Fire and Police Commission must ultimately select a permanent chief. And community leaders are lining up behind a single candidate.

“Chief Lipski has stepped up in many notable ways during his current leadership of the department,” wrote Barrett. “He has successfully navigated through the worst months of the COVID-19 pandemic, providing strong support to our public health response; he has taken a solution-oriented approach to challenges such as the withdrawal of a private ambulance provider – a big disruption in our emergency medical system; and, he has successfully tapped into expertise within his department and elsewhere in city government.”

No member of the Milwaukee Fire Department Chief Officers Association opposed Lipski. “We recently had a meeting with all chief officers and discussed the possibility of Aaron Lipski being appointed as Fire Chief. We voted unanimously to support him as our next chief if the opportunity was presented,” wrote Belott.

“He has proven to be dedicated, relentless and forthright while attempting to make the Milwaukee Fire Department more reflective of the city it serves, while maintaining the outstanding service and professionalism of the Fire Department,” wrote Milwaukee Brotherhood of Firefighters president Sharon P. Purifoy. The brotherhood is a union representing African American firefighters. “We have found Chief Lipski not just to be lip service; he has rolled up his sleeves and has gotten in the trenches with us to complete the mission. Chief Lipski’s open minded approach and willingness to learn has made it easy to work with and for him.”

Get a daily rundown of the top stories on Urban Milwaukee
Lipski joined the fire department in 1997 and has steadily risen in the ranks. He was promoted to a battalion chief in 2010, deputy chief in 2012 and assistant chief in 2019. The acting chief previously worked for a private ambulance company.

The Lipski family is virtually synonymous with the Milwaukee Fire Department. Lipski’s great grandfather, grandfather and father were all Milwaukee firefighters, as were a series of uncles and great uncles. There has been a Lipski on the force every year since 1912, with as many as 19 extended family members at once according to Aaron’s father Neil.

His older brother Daniel retired as a deputy chief from the Milwaukee Fire Department in March, the same position their father had, after 24 years on the job. “It’s unbelievable,” the acting chief quipped at his brother’s retirement ceremony. “It’s like a really bad Hollywood movie actually.”

Lipski holds a bachelor’s degree in communications and a master’s degree in public administration from UW-Milwaukee.