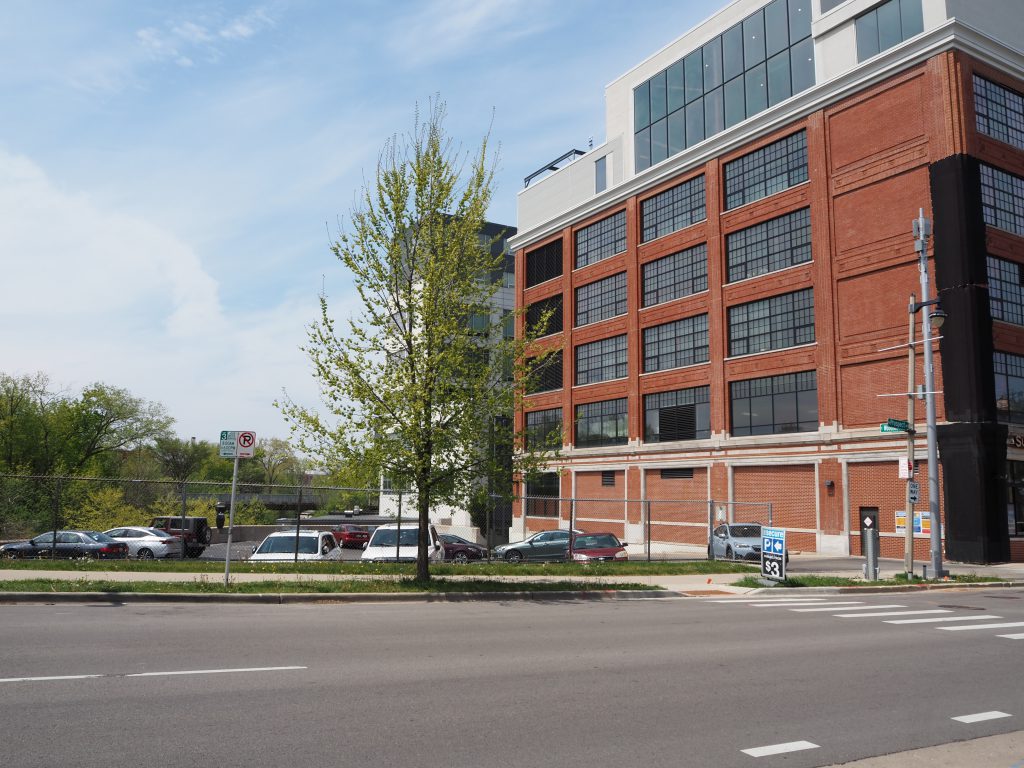 There is still hope that the final piece of a 2005 redevelopment plan for the Kenilworth complex will happen.

The Common Council approved a zoning change that year that allowed a development group to redevelop the Kenilworth Building complex, 2185 N. Prospect Ave., into a student housing facility for UW-Milwaukee, the Kenilworth Square Apartments, a home for the Peck School of the Arts and first-floor retail space. A public pedestrian street between the two buildings that front N. Prospect Ave. and N. Farwell Ave. was created to provide access to the Oak Leaf Trail.

It also included approval of an eight-story condominium building.

“When we did the Kenilworth Building in the early 2000s, the plan was to do additional housing on the site that is just south,” said Doug Weas to members of the Zoning, Neighborhoods & Development Committee on Tuesday.

The approval authorized 28 units of housing on six stories above two stories of parking. Because of the slope of the site, 2135 N. Prospect Ave., the building would only appear as seven stories tall from the street. Architecture firm HGA designed plans for the building.

“The combination of the market not being that strong for condominiums combined with the triangle shape of the site has made it really difficult to get anything done there,” said Weas. An affiliate of Weas Development owns the site.

Now Weas is looking for temporary zoning approval to continue using the site as a parking lot for the next five years. Additional landscaping will be required. “It’s been parking probably since the 1950s,” said the developer.

“This is not our first preference for the site, but it has been the reality of the site for the last 16 years,” said area Alderman Nik Kovac. “If this was not temporary, I would be opposing this.”

Get a daily rundown of the top stories on Urban Milwaukee
“Hopefully before the five years are up we having something else before us,” said the alderman.

The eastern Kenilworth Building was built in 1915 for the Ford Motor Company and used as an assembly plant until 1942. General Motors manufactured equipment for the military in the plant during World War II after a western structure was added. In 1970 the state acquired both structures, connected above the first floor, for UW-Milwaukee, with the school using it for printing and university services until it was redeveloped. 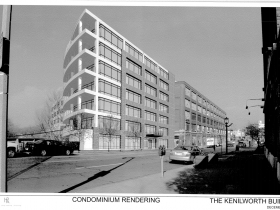 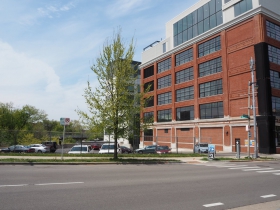 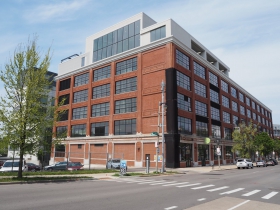 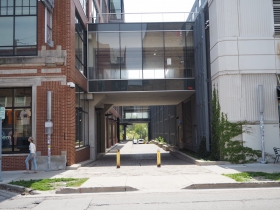 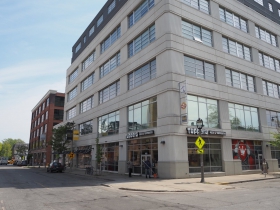 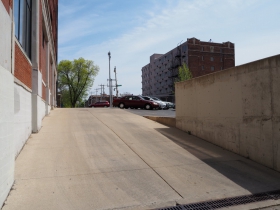 One thought on “Eyes on Milwaukee: East Side Condo Plan Still a Parking Lot”