Organizers are working with residents and business owners on improvement effort.

By Edgar Mendez, Milwaukee Neighborhood News Service - May 12th, 2021 11:11 am
Get a daily rundown of the top stories on Urban Milwaukee 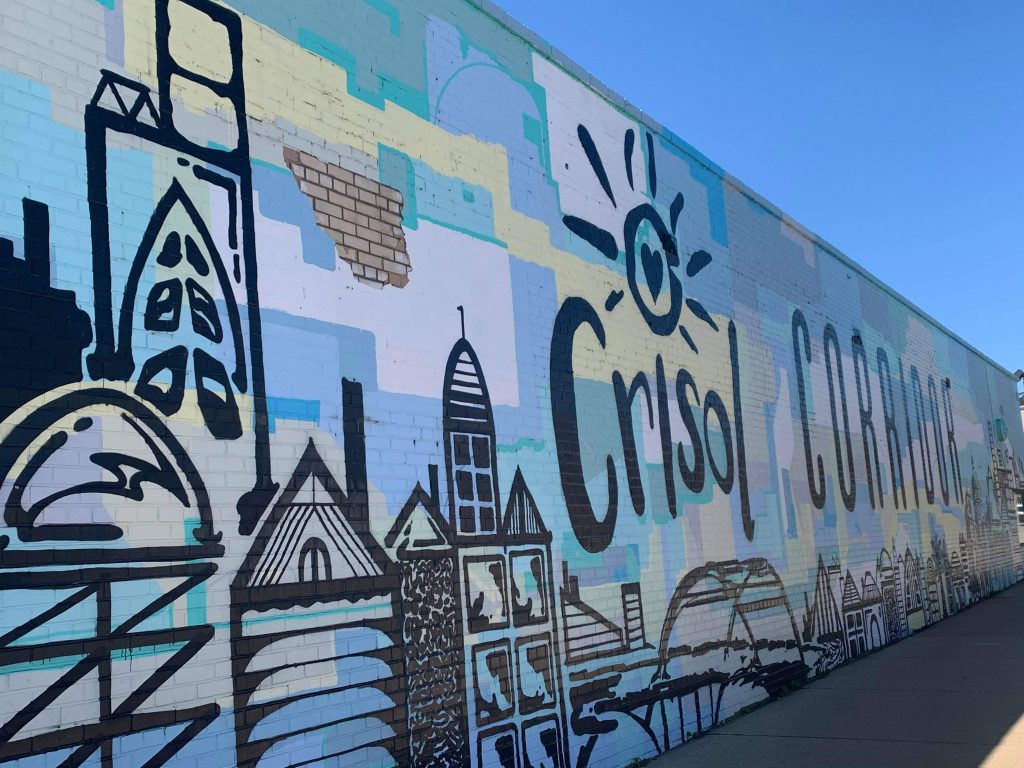 Organizers are working with residents and business owners, including members of the Crisol Corridor Business Improvement District, to create an action plan for the neighborhood around South 13th Street. Photo by Edgar Mendez/NNS.

Robert Montemayor, the owner of Monterrey Market, recalls being one of the first Hispanic families to move into the area of South 13th Street and West Ohio Avenue more than 20 years ago, and then seeing things change.

“Latinos were moving farther and farther south into the area,” he said. “Obviously, they were in need of different businesses,” said Montemayor, who relocated his store from its original location on West Windlake Avenue to South 13th and West Manitoba streets in 2010 to help meet that demand.

Montemayor is now witnessing another transformation, as Burmese and other immigrants join long-time European and Hispanic residents, creating an opportunity for the neighborhood to once again reinvent itself.

Enter “Envision South 13th Street Together,” a strategic plan that will update the existing Southwest Side Area Plan and build upon several ongoing initiatives, including the Kinnickinnic River Corridor Neighborhood Plan.

The City of Milwaukee, the Crisol Corridor Business Improvement District #50, Sixteenth Street Community Health Centers and others have organized surveys, spoken with residents and held virtual meetings to collect feedback for the plan, Oeth said.

One thing leaders have learned? Residents want more organized activities in their neighborhood.

“People want to have more opportunities to connect, whether it’s a street festival or block parties,” Oeth said. “There’s a desire for family-friendly activities.”

Currently, the corridor has just a few vacant properties and many stable businesses, he said, but there are several properties that are underutilized. Whether those areas become apartments, public spaces, cafes or other types of businesses depends on what residents and business owners in the neighborhood want, Otteson said.

Like many areas of Milwaukee, reckless driving has been a problem along South 13th Street and other busy corridors, including West Morgan and West Oklahoma avenues, Otteson said. Organizers have worked with schools in the area to help create alternative routes for parents and students.

In addition, some funded projects already are underway to improve traffic safety, including providing accommodations for bicyclists and pedestrians.

Other safety improvements could include better lighting and more pedestrian signs. Organizers also plan to work more closely with the City of Milwaukee Office of Violence Prevention.

Along with those improvements, residents would also like to see a focus on health, said Stephanie Mercado, health communities project manager for Sixteenth Street Community Health Centers.

Sixteenth Street Community Health Centers, for example, is working with schools in the area to increase access to behavioral health services, she said.

Other focus areas for the strategic plan include outdoor recreation, storm management as well as placemaking and art.

Montemayor, who serves as board president of the Crisol Corridor district, said he believes organizers are on the right track.

“What I ultimately want to see with regards to our corridor and the business and residential areas are more cafes, tea shops, restaurants, places for you to get a haircut and see a doctor,” he said. “I want everyone to have that safe feeling and enjoy this part of the South Side.”