Should Liz Cheney Be Praised?

Or condemned? Liberals seem to disagree. 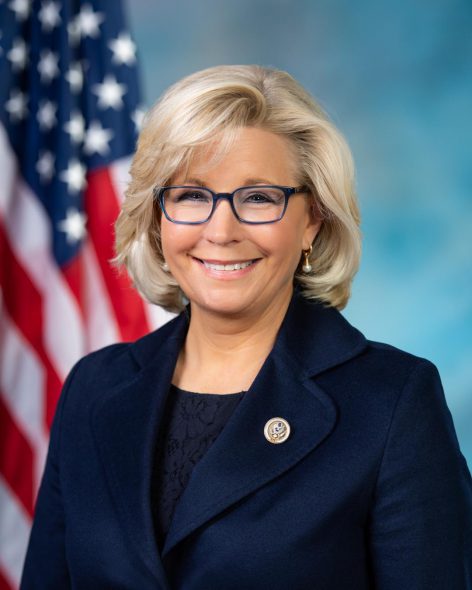 Recently, Urban Milwaukee published an Op Ed by former Madison Mayor Dave Cieslewicz. Headlined “Liz Cheney’s Profile In Courage,” the column pointed to Cheney’s willingness to put her leadership post and reelection at risk by telling the truth about the 2020 election. Other liberals, including some New York Times columnists, disagree. Who has the better of the argument?

The authors, writing in 2018, were able to give examples from Donald Trump’s behavior in each of these areas. For example, in his 2016 campaign he repeatedly said the vote would be fraudulent. During the campaign he challenged Hillary Clinton’s legitimacy and said she should be in jail. During his rallies, he encouraged his supporters to beat up protestors. And he threatened the media that had the audacity to criticize him.

Since that book was published, Trump has continued to engage in authoritarian behavior. Most notable were his attempt to become president for life by claiming that the election was full of fraud and his encouragement and continued defense of the January riot aimed at reversing the election.

Levitsky and Zablatt note that globally democracy is on the defensive. Contrary to the widespread belief that dictatorships usually result from a violent military coupe, they find that authoritarian leaders often initially take power as the result of democratic elections. Once in power, they do not want to give it up and look for ways to entrench themselves.

Unfortunately, Wisconsin Republicans helped pioneer the move towards autocracy in the United States. These actions included:

Should Cheney be celebrated for taking a stand against authoritarianism? No, says New York Times columnist Charles Blow. Under the headline “Liz Cheney, We Have a Memory. You’re No Hero,” Blow lists past positions taken by both her and her father, particularly their support of so-called “enhanced interrogation.”  Blow concludes “If Cheney is punished by her own party, I will not applaud, but I also will not sob. I sit silently in acknowledgment, as one does, when karma swings low and performs its function.”

Famed Times columnist Maureen Dowd opens a recent column by conceding that “the petite blonde from Wyoming suddenly seems like a Valkyrie amid halflings.” However, she then devotes the bulk of her article to attacks on Cheney’s past positions.

Likewise, an Urban Milwaukee reader commenting on Cieslewicz’ column disagrees with his argument, charging that “Liz Cheney is no hero. Her politics have always sucked.”

Cheney does not lack courage. She has put her career at risk. Most Republican officeholder are either members of the Trump cult, or pretending they are for fear of the Republican base.

Certainly, Cheney is very conservative, but this is an advantage in this fight. No one can accuse her of being a secret Democrat or, in Trump’s favorite epithet towards Republicans who don’t bow down to him, a RINO (“Republican in Name Only”). By contrast, a Democrat making Cheney’s argument would incur very little risk and would be very unlikely to have a primary challenger as a result.

Levitsky and Zablatt find that when potential autocrats have been foiled it is because potential allies of the would-be autocrat turn against that autocrat, even when their policy goals are closer to those of the autocrat. Bad policy can be corrected. Just wait until the next election. A threat to democracy, if successful, may be irreversible.

This is why Cheney should be applauded for the principled stand she has taken on the last election.

3 thoughts on “Data Wonk: Should Liz Cheney Be Praised?”