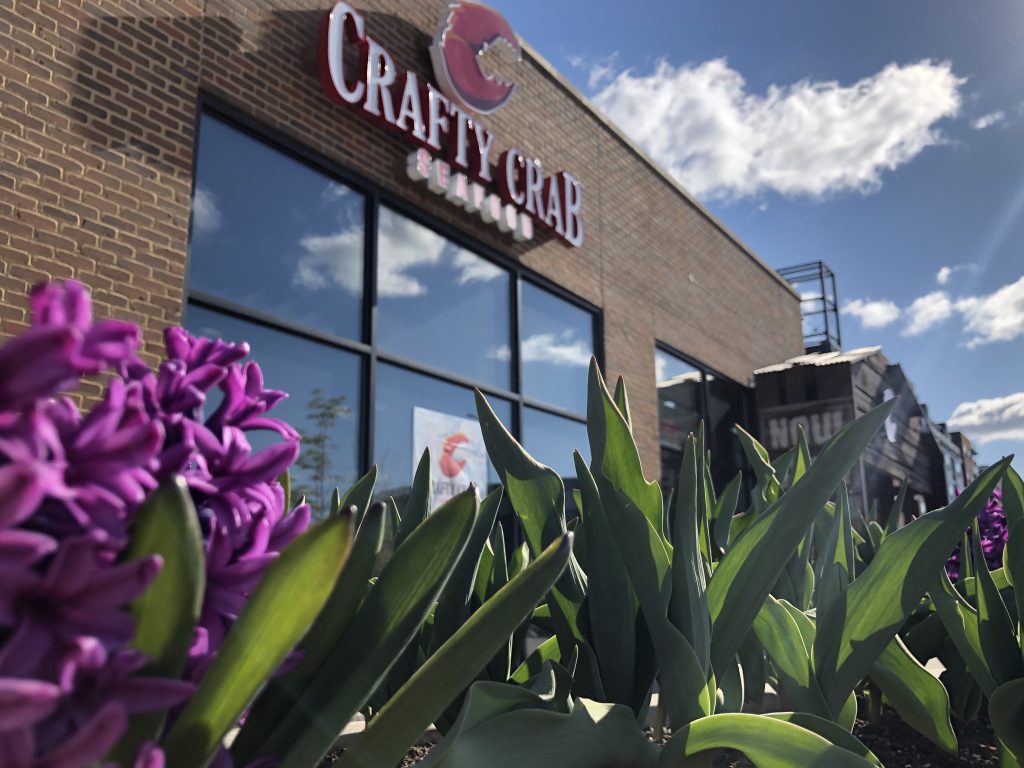 “New Orleans-style low-country boil is a feast for seafood lovers and perfect for a casual dinner. We make our own seasoning to create a unique arrangement of flavors,” the website said.

The Florida-based restaurant recently expanded to the Midwest; this will be its first Wisconsin location. The Crafty Crab has 48 locations, including 20 locations in Florida…

Hong said they hope to open sometime in May.

No Studios has announced the opening of Skyline Bar + Lounge, a rooftop bar offering unobstructed views of the Milwaukee skyline and a sake menu.

“By design, No Studios has always reflected the influence of East Asian culture,” stated founder and CEO John Ridley in a press release. “With Skyline Bar + Lounge, we’re hoping to extend that cultural influence through the introduction of a curated selection of sake.”

Skyline will host a series of tastings, discussions and events with sake enthusiasts, including 88Nine Radio Milwaukee’s Tarik Moody. Events will cover the history of sake and include tastings. Skyline will offer a different sake each month as well as specials, and will sell bottles to go and online. The bar will be open Thursday through Sunday from 5 p.m. to 11 p.m. No Studio members will have access to the bar from Monday to Wednesday and Sunday from 8 p.m. to 10 p.m. and Thursday through Saturday from 8 a.m. to 5 p.m. 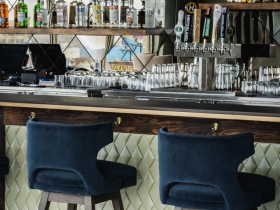 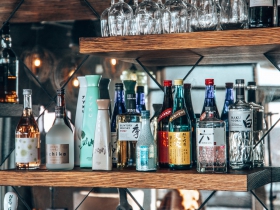 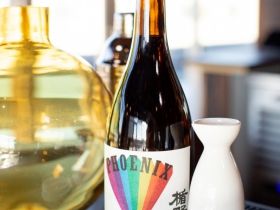 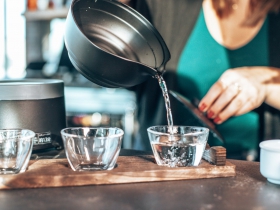 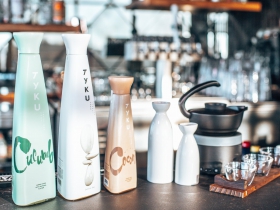 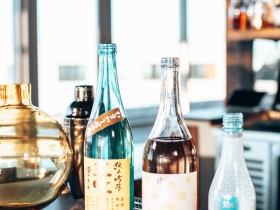 The Whitefish Bay baker Donut Monster will take over the former Holey Moley Coffee and Donuts kiosk in the Historic Third Ward. Co-owner Sara Woods and her husband Jackie are aiming to open sometime in the summer. Sari Lesk reports:

Sara Woods said the business prides itself on making doughnuts with quality ingredients and without artificial colors or flavors. She handles the business side the company, while her husband draws on his training as a chef to develop the treats.

In addition to doughnuts, the shop also carries coffee, breakfast sandwiches and cinnamon rolls on Sundays.

Donut Monster will be part of the Landmark Building at 316 N. Milwaukee St., which also houses restaurants FreshFin Poke and Fool’s Errand.

The additional location will give Donut Monster exposure to the residential community in the 3rd Ward neighborhood and bring the business closer to some customers, Woods said. The bakery has a following on Milwaukee’s south side, she said, and traveling to Whitefish Bay is not always convenient for those customers.

Woods said Donut Monster would start with hours of 8 a.m. to 1 p.m. Thursday through Sunday.

Two sisters are planning a full-service bakery and café at 1436 S. 92 St. in West Allis. Samantha and Skylar Schneider are currently seeking city approval for the 900-square-foot storefront, where they will make and sell a variety of fresh baked bread and baked goods. As told on The Bread Pedalers website, the Schneider sisters came up with the idea to open their own bakery last year after the COVID-19 pandemic disrupted life as they knew it. Having traveled the world as professional cyclists, the West Allis natives have learned about a range of international cultures and foods. Reporter Maredithe Meyer offers more details:

Skylar took interest in baking fresh breads and bakery items like those she’d enjoyed at cafes throughout Europe. She eventually formed a bread club – a group of family and friends who placed weekly orders of her fresh baked bread for pick-up or delivery.

As demand from the bread club increased, Samantha, who is a real estate agent at Glendale-based Corcoran Realty & Co., discovered the property on 92nd Street – ideal for both a production site for Skylar’s growing baking operation and a home base for her husband’s contracting business, West Allis-based Best In Class Remodeling. Andy Lopac purchased the property and plans to build a garage on the lot.

Now, as The Bread Pedalers co-owners, the Schneiders are targeting a mid-year opening for their bakery. Proposed hours of operation are Wednesday through Friday, 7 a.m. – 1 p.m. and Saturday and Sunday, 8 a.m. to 4 p.m.

Site plans will be reviewed by the West Allis Plan Commission on April 28. A public hearing is scheduled for May 4. 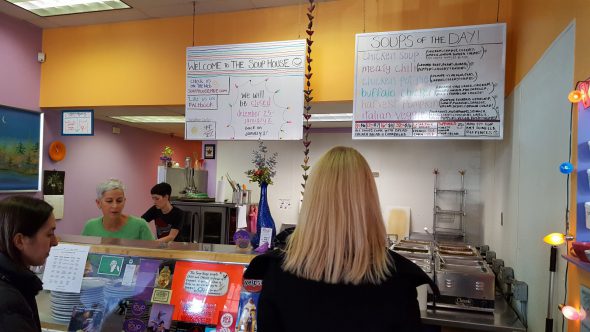 Mitz Erickson works the counter, while Ruby Erickson ladles soup at The Soup House in 2017. Photo by Laura Thompson.

The Soup House held its last day of business on April 29, closing its doors for good after 21 years of slinging soup. The restaurant, located on the first floor of the six-story McGeoch Building at the corner of N. Milwaukee and E. Michigan streets, was owned and operated by mother-daughter duo Mary (Mitz) Erickson and Ruby Erickson, who cited the pandemic as the reason they called it quits. Urban Milwaukee’s Jeramey Jannene reports:

It relied heavily on downtown office workers, a scarce commodity once the COVID-19 pandemic took hold in March 2020…

Like many Milwaukee restaurants, the business was already closed for more than a month in the winter. But it reopened in February as a winter surge in COVID-19 cases ebbed.

Kileen Murphy and Renee Warschkow opened the restaurant in 2000, with Warschkow becoming the sole owner in 2004 and briefly renaming it TLC Soup Company. After five years working at the business, Ruby bought the operation in 2010 and was later joined by her mother in operating it.