Every Worker Deserves a Safe Workplace 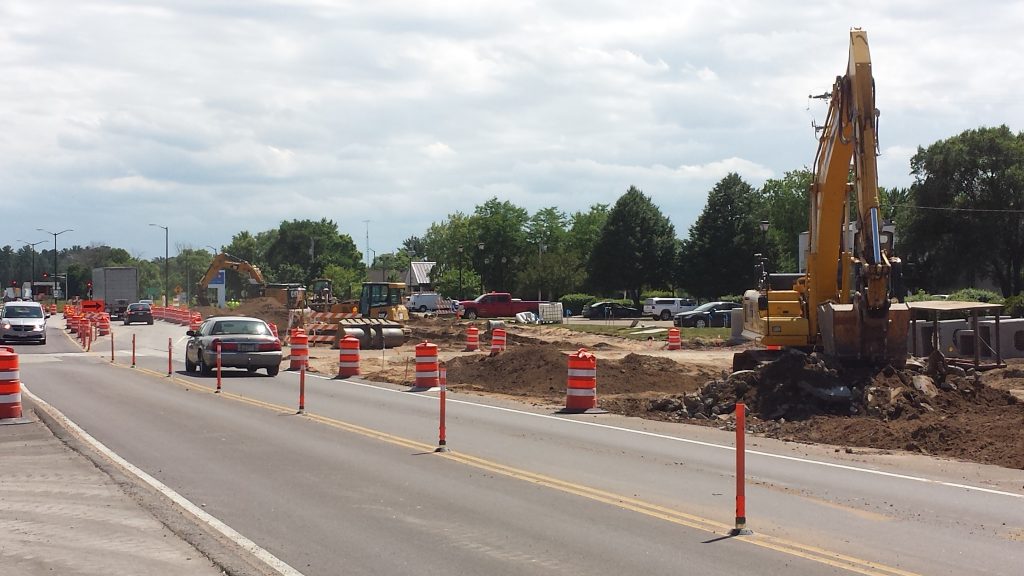 It has always fascinated me that American workers accomplished so much even when the technology and machinery that we take for granted now wasn’t yet available back then. Consider the New York skyscrapers, for instance. We’ve seen photos of workers walking on narrow beams hundreds of feet above the ground or the iconic photos of workers eating their lunch sitting on a steel beam overlooking the city. It’s hard to imagine the risks these workers took to construct those enormous structures.

We only see pictures of these moments when things were going right. The unfortunate reality is, it’s likely that you would’ve known someone who died or got seriously injured on this type of job if you lived a century ago. All it might take is a gust of wind or a momentary loss of balance. Indoor workplaces had their own risks with dangerous chemicals in enclosed spaces or crowded, fire-hazard warehouses.

We observe Workers’ Memorial Day annually on April 28th to remember workers who have been killed or injured on the job. Fifty years ago, on April 28, 1971, the Occupational Safety and Health Act (OSHA) went into effect. OSHA provides protections for workers guaranteeing safe and healthy workplaces. On this historic anniversary of OSHA, we reflect on how far we’ve come to protect workers, and we remain committed to supporting future generations of American workers.

There have many workplace tragedies documented in our country’s history. When officials first began documenting workplace incidents, the National Council for Industrial Safety estimated that between 18,000 and 21,000 people lost their lives to workplace injuries in 1912 alone.

The Triangle Shirtwaist Factory fire of 1911 killed 146 workers. In Lawrence, Massachusetts, the Pemberton Mill collapsed in 1860, killing 145 workers. The Monongah mining explosion killed 362 in Virginia in 1907. A molasses tank ruptured in Boston in 1919, releasing a rush of molasses down the street at 35 mph killing twenty-one and injuring another 150 people.

Terrible disasters like these compelled changes in the workplace, making it less likely to occur in the future. Workers and government leaders worked together to establish many of the workplace safety measures we have today. Some businesses aren’t always ready to invest in safety measures until they absolutely have to. Much like citizens rising up against monarchies or dictators for their freedom and self-governance, workers had to organize and demand safe conditions. Unions representing various workplaces negotiated changes that eventually saved lives.

There were instances when employers recognized the need to protect their workers, including the inspiring story of the construction of the Golden Gate Bridge in the 1930s. At the time, many expected such an undertaking to have a cost of one death per one million dollars spent. But the chief engineer of the Golden Gate project would not stand for that. He commissioned a rope safety net under the floor of the bridge, which saved 19 lives during construction. He also required workers to wear hard hats, safety lines and respirators, which was considered revolutionary at the time.

We can always improve what we know and do. That’s why Governor Tony Evers’ budget proposal includes provisions to support Wisconsin workers in a number of ways. If passed, the budget makes the unemployment insurance system less burdensome for unemployed workers.

The budget would allow state and local front-line workers to negotiate together. The budget also enhances worker compensation by requiring state and local public works projects to pay workers the hourly wage and benefits paid to the majority of workers in the project’s area. The Governor also proposed repealing certain prohibitions that limit worker freedoms. The Republican-led Joint Finance Committee has the ability to keep these proposals in the budget – in the interest of Wisconsin’s current and future workforce, let’s hope they do.

As we pass through each day without fear of terrible workplace disasters, remember those who were not so fortunate. We can support every worker in every workplace to earn a living wage in a safe environment.