About That Data on Charter Schools

Last week, I wrote a column examining data on the performance of private schools in the Milwaukee Parental Program compared to public schools. I expected it to be controversial and was not disappointed. There were a number of comments, mostly critical ones.

I wish to thank all those who took the time and effort to write. This column is a follow-up on their comments.

The column looked at data (from the 2018-19 Wisconsin school report card) on public schools and on private schools in Wisconsin’s school choice programs. It limited its scope to high-poverty schools—those with at least 90% students of students judged to be “economically challenged.”

Every year (except for last year because of the pandemic), the Wisconsin Department of Public Instruction calculates a numerical “overall score” for each school, based on test scores, student growth, student engagement, and other factors. These scores are then translated into one of five “accountability ratings.”

The next graph shows the average overall score of each of the three groups of schools: public schools with charter schools removed, charter schools, and private schools accepting vouchers. Also shown are the cut points for the three middle overall accountability ratings. 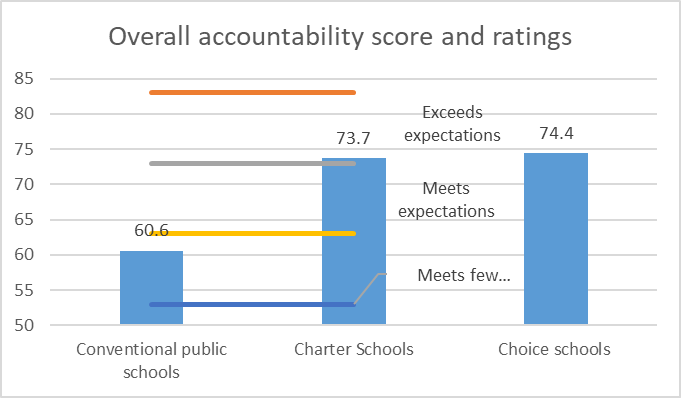 What is the distribution of performance among the three categories of schools? The next graph shows the percentage of each group of schools in each of the rating categories. The results are striking. Compared to conventional public schools, both charters and choice schools are skewed to the right. As ratings get higher, the percentage of conventional public schools gets smaller. 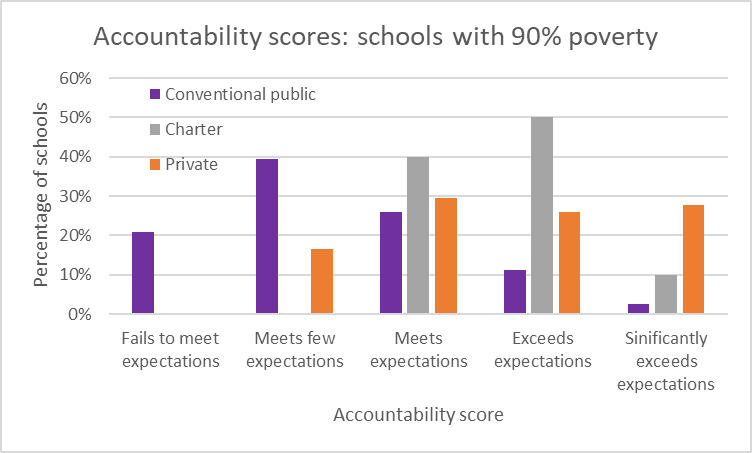 What do the Marquette Poll results tell us?

The Marquette University Law School periodically polls Wisconsin voters for their opinions on public policy issues and public officials. Over the years the poll occasionally would ask a question about some issue related to school vouchers. Around 2013 there was a flurry of voucher questions apparently reflecting that the Legislature was considering statewide expansion of vouchers. Since then, voucher questions have become more sporadic. Two have been asked in the past two years:

Likewise, 62% of the previous years’ sample opposed the freeze, with a 95% confidence interval between 49% and 74%. Note that in both cases the lower bound is slightly less than 50%, suggesting that the possibility that a majority of Milwaukee voters oppose vouchers should not be ruled out. 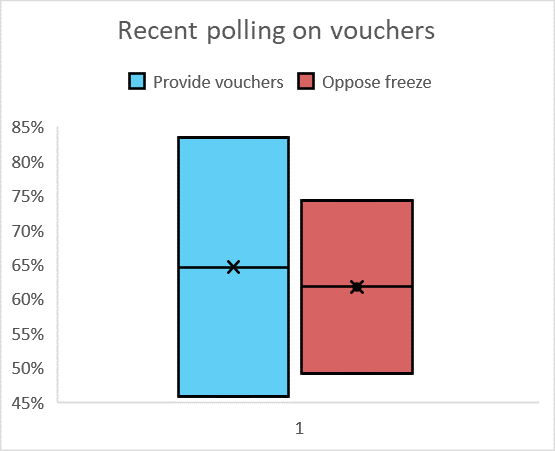 One possible solution to the problem of small sample size is to find ways to increase the size by bringing in other similar questions. As mentioned, there was a flurry of voucher questions around 2013 but little since and nothing before. Thus I collected all the voucher questions and added up the number of responses favoring vouchers and those opposed.

One issue is illustrated by the graph below. It offered voters four options, rather than two. Clearly to expand statewide is supportive to vouchers and ending vouchers is opposed—but what about the two options in the middle: no expansion or allowing expansion only in large cities. Ultimately, I counted those limiting expansion to large cities as voucher supporters and those against expansion as voucher opponents. (Jill Underly, who just won the race for state school superintendent, opposed expansion of Wisconsin choice programs, but didn’t push to close them down.) 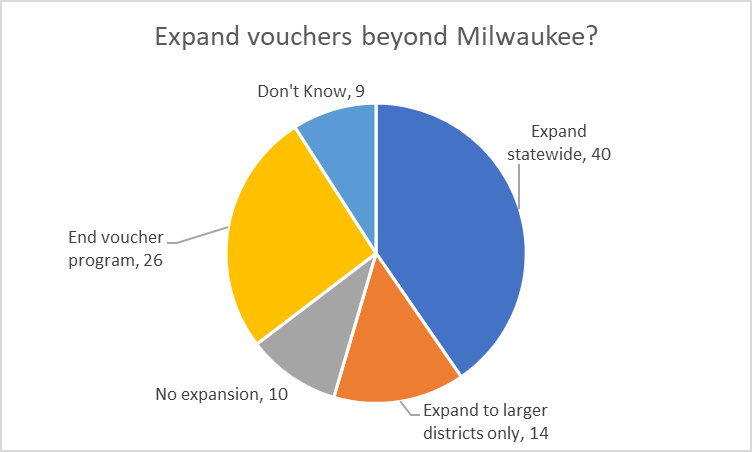 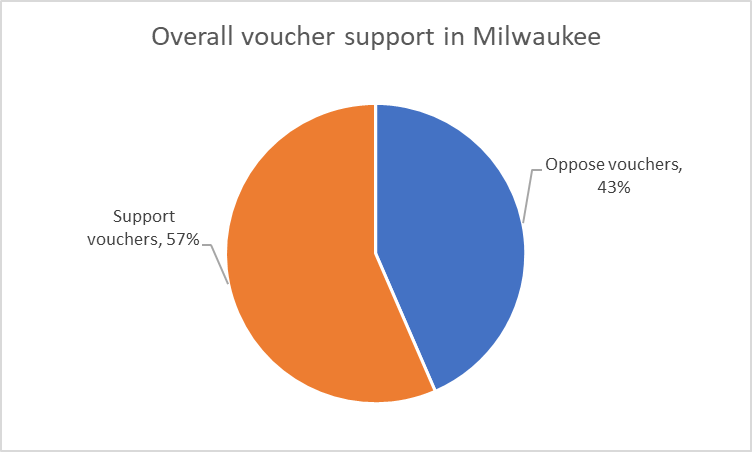 This is almost a flip of Madison where opponents of vouchers led supporters by 58% to 42%. Milwaukee and Madison are Wisconsin’s two most Democratic cities. Candidates that win one generally win the other. The difference can be attributed to Milwaukee’s greater pragmatism. For a significant portion of its population, vouchers and charter schools are regarded as crucial for Milwaukee’s children.

One thought on “Data Wonk: About That Data on Charter Schools”