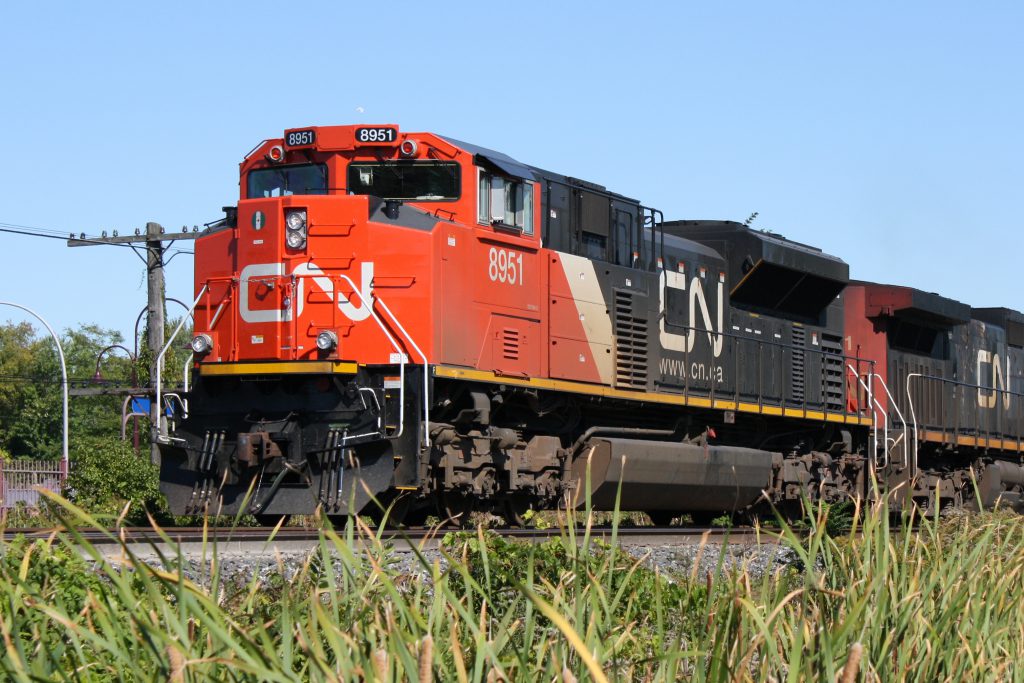 The March 21st announcement that Canadian Pacific (CP) would purchase Kansas City Southern (KCS) for $25 billion was poised to be a win for Milwaukee.

Port Director Adam Tindall-Schlicht briefed the Board of Harbor Commissioners earlier this month on how the merger would allow Canadian Pacific, which already services the port, to offer direct rail service south to the Gulf of Mexico, New Orleans and Mexico. The companies currently exchange cars in Kansas City, creating delays and more complicated billing.

The merger would establish the first railroad that directly connects Canada, the United States and Mexico. Of the seven Class 1 railroads in the United States, CP is the sixth largest and KCS is seventh. The combined company, with approximately 20,000 miles of track and $8.7 billion in revenue, would still be the smallest of the Class 1 railroads.

CP owns the busy mainline that bisects the City of Milwaukee, running through the south side, Milwaukee Intermodal Station, Menomonee Valley and west side. It acquired the line, including the Muskego Yard in the Menomonee Valley, through a series of acquisitions that can be traced back to the Milwaukee Road.

“The new competition we will inject into the North American transportation market cannot happen soon enough, as the new USMCA Trade Agreement among these three countries makes the efficient integration of the continent’s supply chains more important than ever before,” said CP president and CEO Keith Creel in a statement.

But Canadian Pacific’s cash-and-stock deal was trumped last week by Canadian National. It submitted an unsolicited $30 billion bid, also based on cash and stock, for KCS.

Get a daily rundown of the top stories on Urban Milwaukee
Canadian National (CN) is the fourth largest railroad in the U.S. and owns the greatest amount of track in Wisconsin. But it has only a single line in Milwaukee County, connecting with the Wisconsin and Southern Railroad line on the city’s far north side near W. Mill Rd. and N. Teutonia Ave. Union Pacific tracks cross, but do not directly connect with, the two railroads at the junction. All of the systems connect at different points in the Milwaukee area.

After the merger, CN would become the third-largest railroad in the United States.

“CN is ideally positioned to combine with KCS to create a company with broader reach and greater scale, and to seamlessly connect more customers to rail hubs and ports in the U.S., Mexico and Canada,” sand CN president and CEO JJ Ruest in a statement announcing the deal. “CN and KCS have highly complementary networks with limited overlap that will enable them to accelerate growth in single-owner, single-operator, end-to-end service across North America. With safer service and better fuel efficiency on key routes from Mexico through the heartland of America, the result will be a safer, faster, cleaner and stronger railway.” It anticipates generating $8 billion in new revenue through enhanced competition with trucks.

But CP sees things differently. The company contends that the merger would eliminate competition on routes between the Upper Midwest and Gulf Coast, cutting options from four to three.

“Canadian National’s proposal is illusory and inferior because it creates adverse competitive impacts and raises other serious public interest concerns,” said the company in a statement. “A combination of CP and KCS enhances competition, creating new and stronger competitive options against existing UP, [Burlington Northern Santa Fe] and CN single-line routes, as well as trucks.”

Milwaukee and Wisconsin shippers now must wait to see what regulators do or if a bidding war emerges. Port Milwaukee is one of more than 405 organizations that have submitted letters in support of the CP-KCS merger to the U.S. Surface Transportation Board.

The Wisconsin Department of Transportation maintains a map of Wisconsin’s railroad lines.

One thought on “Transportation: Canadian Railroad Mergers Would Impact Milwaukee”