State will provide company up to $80 million under drastically down-scaled deal. 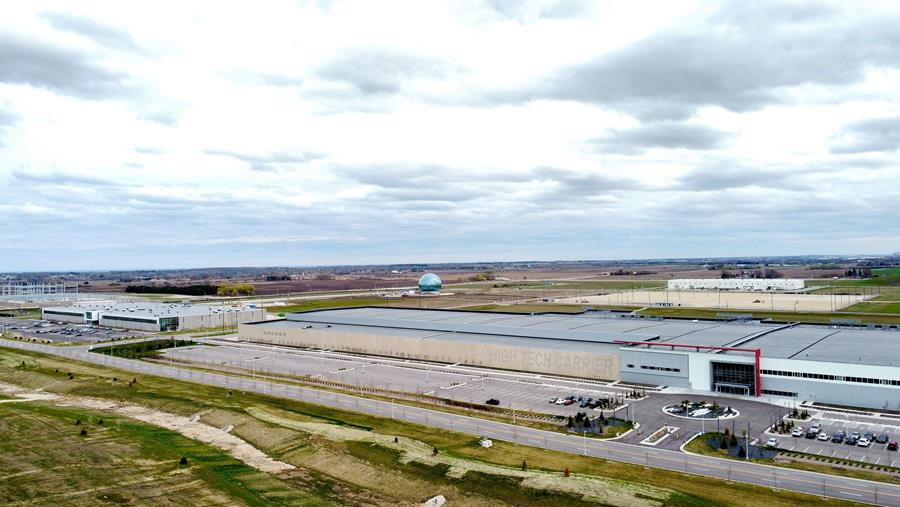 The new agreement between the Wisconsin Economic Development Corporation and Foxconn cuts the potential tax credit award from $2.85 billion to $80 million.

In exchange Foxconn’s hiring and investment targets are cut from 13,000 employees and $10 billion invested to 1,454 workers and $672 million invested. The per-job wage credit falls from 17% to 7% as part of the renegotiated deal, with a minimum salary of $53,875 per qualified job. The credits remain refundable, effectively a cash payment award to the company.

Governor Tony Evers and Foxconn are both calling the new terms a win.

The new agreement also strikes the requirement that Foxconn build a Generation 10.5 LCD manufacturing facility. Foxconn aborted the plan to build that facility, initially announced to a 20-million-square-foot complex, shortly after the original deal was announced by then-Governor Scott Walker.

Evers, who defeated Walker in 2018, has refused to award any of the credits to date as the company has missed some hiring targets and failed to live up to key parts of the contract, including building the promised LCD facility.

“When I ran to be governor, I made a promise to work with Foxconn to cut a better deal for our state—the last deal didn’t work for Wisconsin, and that doesn’t work for me,” said Evers in a statement. “Today I’m delivering on that promise with an agreement that treats Foxconn like any other business and will save taxpayers $2.77 billion, protect the hundreds of millions of dollars in infrastructure investments the state and local communities have already made, and ensure there’s accountability for creating the jobs promised.”

Foxconn praised the new deal in a press release and said it has invested $900 million in Wisconsin already.

Get a daily rundown of the top stories on Urban Milwaukee
“Foxconn is happy to have worked with the Evers administration to significantly lower taxpayer liability. Original projections used during negotiations in 2017 have at this time changed due to unanticipated market fluctuations,” said the company in a statement.

President Donald Trump touted the Foxconn deal as “the eighth wonder of the world” at the June 2018 groundbreaking, but the deal is now similar to many of the incentive agreements the state makes.

But there is one key exception. The agreement does not change the terms of the $791 million tax incremental financing district.

The state remains on the hook for at least 40% of the local infrastructure costs if Foxconn walks away from an agreement with local governments to pay property taxes based on the original estimated value of its Mount Pleasant manufacturing campus. That agreement would allow Racine County and the Village of Mount Pleasant to recoup costs associated with the tax incremental financing district used to build local roads, sewer and water infrastructure. Foxconn is scheduled to start paying at least $31 million annually in property taxes in 2023, regardless of its actual property assessment.

The state has already expended funds, budgeted at $282 million, on highway and freeway expansion near the Wisconn Valley campus. The original agreement also provided the company with a $150 million sales tax exemption for use with construction materials.

Foxconn has constructed buildings on the site, but none for LCD manufacturing. The company has repeatedly announced new initiatives, including coffee kiosks and ventilators, that have been quietly canceled.

The new agreement adds a new entity to the list that is eligible for the credits – Fii USA, Inc. Foxconn Industrial Internet is the most visible tenant at the Racine County campus through its globe-shaped data center. A “smart manufacturing center” was also constructed for Fii as part of a six-building campus plan.