County Micro-Managing At Its Worst?

Board proposal to oversee all county parks bike trail changes is a head scratcher. 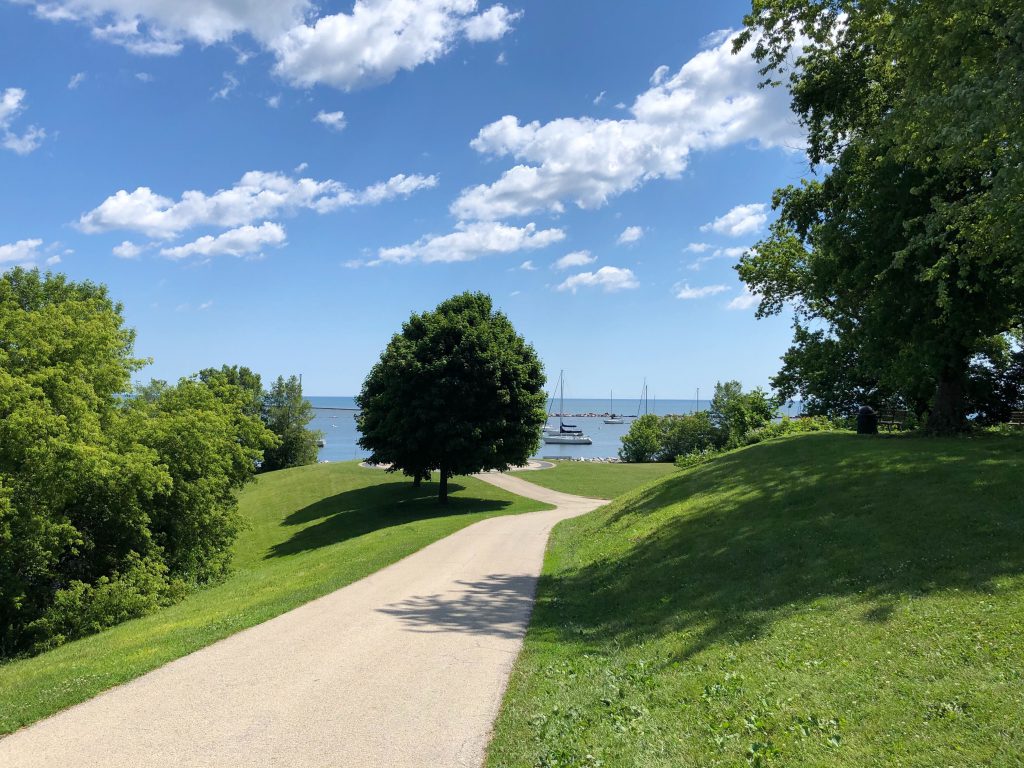 Back in the 1980s I did a story explaining how the Milwaukee County Board worked — and didn’t. One of the big complaints was micro-managing of county departments by board members.

The issue has never gone away, as newcomers to the board learned how to conduct themselves from veteran supervisors. Even after board members were reduced to a part-time salary, it seems, they sometimes have the time and temptation to micro-manage.

A case in point: Last week Tuesday the board’s Parks, Energy and Environment Committee voted 3-2 to create a new policy whereby the board must approve all changes to bike trails by County Parks staff, as Urban Milwaukee was the first to report. The proposal goes before the full board on Thursday.

As written the proposal says any changes to at least 20% of any bike trail would have to get board review. But how exactly do you measure this? If this can’t be be determined, the proposal says the parks department must then consult with the county supervisor representing that area. This could open the door to any alternation in the county’s bike trails being reviewed, if the neighborhood supervisor objects.

“We do not want to be micromanagers of our experts. We hired them for a reason,” said Sup. Felesia Martin at the committee meeting. Then she proceeded to vote for the proposal. So did two other supervisors. And another three supervisors are co-sponsors of the proposal.

“Yes, it’s micro-managing,” said Milwaukee County Supervisor Sheldon Wasserman, who voted against the proposal, in an interview with Urban Milwaukee. “We are making mountains out of molehills.”

Wasserman has served on the board for five years and has never seen any problems with how County Parks handles bike trails. “I think the parks staff does a very good job of handling this. I really haven’t seen any complaints. It’s not broken so why fix it?”

Get a daily rundown of the top stories on Urban Milwaukee
Adding all this work for parks staff, which has suffered huge budget cuts over the last 20 years, could be “chaotic,” Wasserman says.

Parks director Guy Smith told reporter Chelsey Lewis it “may not be practical” for his staff to do all these reviews of bike trail changes with the county board.

County Parks operations manager Ramsey Radakovich, also quoted in the story, said “I worry about the feasibility when we have one trails coordinator, we have a limited amount of staff to be able to do this, and it’s a timely process,” he said. “We have a lot of trails out there. To be able to make changes, in some cases we have to do it in quick fashion… That presents a challenge for our department and the resources that we have. We’re pretty thin the way it is.”

And all because of one complaint about a bike trail change. Indeed, the history of this proposal raises more questions about why some board members have jumped on this bandwagon.

As Graham Kilmer reported for Urban Milwaukee, the change in policy was first proposed by Sup. John Weishan, Jr. in 2019, but didn’t get passed by the parks committee until now, suggesting it’s less than an urgent matter.

At issue are changes to the Kegel-Alpha Trail which parks staff made “to protect the historic Mangan Woods which it runs through,” Kilmer reported. “Mangan Woods sits east of Whitnall Park across 92nd Street, and north of W. Rawson Avenue. When the ground is wet or when it snows, sections of the current trail are unusable, and this causes riders to use hiking trails and unofficial ‘social trails.’ This leads to degradation of local plant life and erosion of existing trails.”

But some residents in the area weren’t happy because the changes brought the bike trail within 50 feet of their property. Wasserman and others say the complaints may have been “displaced” anger from residents who for years have complained about the nearby Rock Sports Complex in Franklin and the noise it causes, as reported by Urban Milwaukee.

Then there’s the role of Weishan, who does not represent this area. So why has he proposed the policy change? He didn’t reply to my request for comment.

In an interview with Urban Milwaukee, Sup. Anthony Staskunas, who does represent the area, concedes that anger over the Rock Sports Complex had probably contributed to the residents’ complaints about the bike trail changes.

Staskunas also concedes another point Wasserman made, that board members are frustrated because so much power has been taken away from them.

Pushed by for former Milwaukee County Executive Chris Abele, the state Legislature first reduced board members to part-time status and then passed a second law reducing their power over some areas of county policy.

“The county board has lost so much power,” Staskunas says. “Whether we used to micro-manage before, we certainly can’t anymore.”

But the legislation includes all bike trails, which includes 130 miles of the Oak Leaf Trail and another 15 miles or so of mountain bike trails, all of which would be affected by this legislation.

Like Wasserman, Staskunas could not recall any other complaint about a bike trail in his eight years on the board. So is that enough to justify a policy change for all bike trails?

No, says Wasserman. “Are we going to have the parks committee go in and look at a trail and say, ‘well that trail looks good over there’?”

4 thoughts on “Murphy’s Law: County Micro-Managing At Its Worst?”