Let the Crowds In

By Gretchen Schuldt, Wisconsin Justice Initiative - Apr 19th, 2021 01:56 pm
Get a daily rundown of the top stories on Urban Milwaukee

In a 4-3 decision the Wisconsin Supreme Court struck down an October emergency order by the state Department of Health Services to limit the size of public gatherings and impose capacity limits on bars and restaurants. Here at the highlights from that decision, including the majority opinion (which begins with the upshot of the case and background information), followed by portions of the concurring opinion and the dissent.

The Department of Health Services (DHS) Secretary-designee, Andrea Palm, issued Emergency Order 3 on October 6, 2020, as a response to the COVID-19 pandemic. Emergency Order 3 limited the size of indoor public gatherings either to 25 percent of a facility’s permitted capacity or, if no general capacity limit was prescribed, to 10 people.

We conclude that Emergency Order 3 meets the definition of a rule, as we recently explained in Wisconsin Legislature v. Palm. Therefore, Emergency Order 3 should have been promulgated according to rulemaking procedures. Because it was not, Emergency Order 3 was not validly enacted and was unenforceable. Accordingly, we affirm the decision of the court of appeals.

On October 6, 2020, as her second response to COVID-19 cases in Wisconsin, Palm issued Emergency Order 3. Emergency Order 3 limited the number of people who could be present at indoor, public gatherings….

a. Public gatherings are limited to no more than 25% of the total occupancy limits for the room or building, as established by the local municipality.

b. For indoor spaces without an occupancy limit for the room or building that is established by the local municipality, such as a private residence, public gatherings are limited to no more than 10 people.

The order listed entities who were exempt from its public gathering limits: childcare settings, schools and universities, health care and human services operations, Tribal nations, governmental and public infrastructure operations (including food distributors), places of religious worship, political rallies, and other gatherings protected by the First Amendment. Emergency Order 3 was enforceable by civil forfeiture, and it was to be effective until November 6, 2020.

The court of appeals summarily reversed the circuit court….

The Mix Up urges us to dismiss the review that we granted to DHS because the issues are now moot. The Mix Up argues that, because Emergency Order 3 expired on November 6, 2020, there is not a live controversy….

The Mix Up is correct that the issue in this case is moot; Emergency Order 3 expired on November 6, 2020. However, we conclude that this case satisfies several of our mootness exceptions set forth above, one of which we address below….

Emergency Order 3 impacts every person in Wisconsin, in one way or another, and it is open to all who come into Wisconsin during its operation. It charts a course that the Secretary-designee will repeat with future orders. Accordingly, it is important to confirm, once again, that Emergency Order 3 is beyond the power that the legislature delegated to the Secretary-designee. This satisfies the great public importance mootness exception. Accordingly, we decline to dismiss our review; instead, we turn to the merits….

(In Palm) We…explained that agency action that exhibits all of the following criteria meets the definition of a rule: “‘(1) a regulation, standard, statement of policy or general order; (2) of general application; (3) having the effect of law; (4) issued by an agency; (5) to implement, interpret or make specific legislation enforced or administered by such agency.'”

The court of appeals concluded that Emergency Order 3 was a rule because it was issued by DHS purportedly pursuant to its authority under Wis. Stat. § 252.02(3), it imposed statewide restrictions on public gatherings and it made subjective policy decisions regarding which entities were subject to its mandate and which entities were exempt. Because Emergency Order 3 was not promulgated as a rule the court of appeals concluded that it was invalid and unenforceable. We agree. On its face, Emergency Order 3 meets the definition of a rule and DHS was required to comply with rulemaking procedures in ch. 227.

DHS contends that Emergency Order 3 was not a rule because it issued Emergency Order 3 under Wis. Stat. § 252.02(3)6 rather than the more general statutory subsections discussed at length in Palm, namely §§ 252.02(4) and (6)….Additionally, DHS argues that § 252.02(3) “confer[s] well-delineated statutory power” and therefore does not require rulemaking to enforce.

This argument reads Palm too narrowly and misses Palm‘s overarching holding….(W)hether DHS issued Emergency Order 3 under a different statutory subsection than those Palm focused on is of  no import if DHS’s action meets the definition of a rule….

Emergency Order 3 is a general order generally applied, and therefore, it meets the facial definition of a rule…explained further in Palm….

Emergency Order 3 satisfied all five criteria that define a rule and, because it was not promulgated through rulemaking procedures, it was not valid or enforceable. 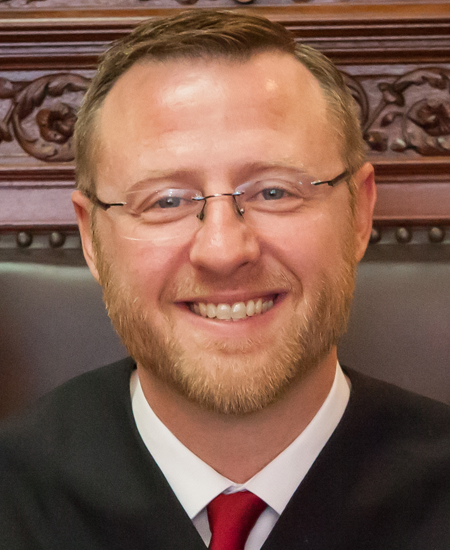 Some details have changed, but this case arises because Palm issued another order doing exactly what this court said she may not do: limit public gatherings by statewide order without promulgating a rule. Palm hopes to achieve a different outcome this time by seizing on some of the vulnerabilities in last term’s decision. To be sure, the court’s rationale in Palm was, in some respects, incomplete. My objections to the court’s legal analysis were no secret. But creative efforts to engineer a different result from an indistinguishable set of facts would, in my view, be a departure from basic principles of judicial decision-making.

​The reach and nature of stare decisis——a Latin phrase that means “to stand by things decided”——is the subject of much debate.1 But if stare decisis is to have any import at all in our legal system, it surely must apply when a court has told a specific party that certain conduct is unlawful, and that party does the very same thing again under the same circumstances. That is what we have here. No further clarification of our opinion in Palm is needed; its application is plain. We held that Palm’s statewide order limiting public gatherings (along with a number of other restrictions) meets the statutory definition of a rule, and must be promulgated as a rule to have legal effect. Respect for this court and its authority compels me to stand by that decision today.

No further clarification of our opinion in Palm is needed; its application is plain. We held that Palm’s statewide order limiting public gatherings (along with a number of other restrictions) meets the statutory definition of a rule, and must be promulgated as a rule to have legal effect. Respect for this court and its authority compels me to stand by that decision today.

Under different circumstances, we may need to reconsider some of our conclusions in Palm. However, we have not been asked to reexamine Palm here, nor is doing so necessary to decide this case. For these reasons, while I cannot join the Chief Justice’s opinion further extending the reasoning of Palm, I respectfully concur in the court’s mandate. 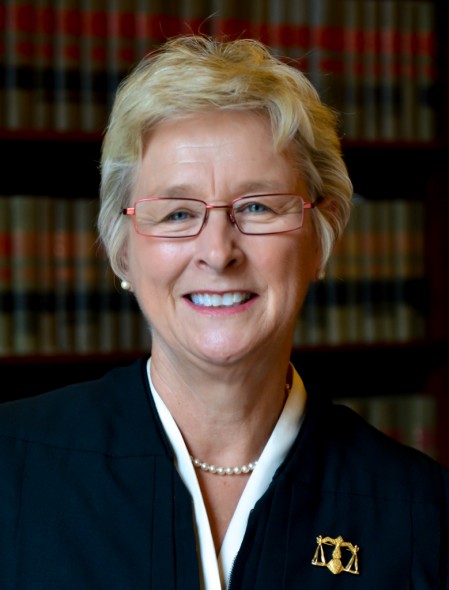 The Palm decision, on which the mandate of this court hinges, did not decide the question now before us and did not even attempt to interpret §252.02(3). With no analysis, there is no decision for us to follow. And even if Palm constituted precedent for interpretation of this statute, it falls within the well-recognized exceptions to according precedential adherence——the Palm decision is both unsound in principle and unworkable in practice.

I begin with a discussion of stare decisis because this court’s mandate rests upon the application of that principle. Although not subscribing to the lead opinion’s statutory analysis, Justice Hagedorn’s concurrence would affirm the court of appeals, but only on the basis of stare decisis.  However, a close examination of Palm reveals that the doctrine is inapplicable in this case…

(F)or stare decisis to dictate the outcome of the present case, the previous case relied upon must have actually decided the issue we now examine. Palm did not do so….

The Palm majority opinion did not contain any analysis whatsoever of Wis. Stat. § 252.02(3), which is the statute at issue here. However, it left two clues hidden in footnotes that inform our understanding of that subsection. The two clues are actually the same clue, as the Palm majority twice repeated the following delineated exception to its holding: “This decision does not apply to Section 4. a. of Emergency Order 28.”
​
So what is section 4.a. of Emergency Order 28, which the Palm majority left in place? This provision closed all public and private K-12 schools for the remainder of the 2019- 2020 school year. The question then arises, why was this section of Order #28 spared from the Palm majority’s sword, while the rest of the order was slashed?

The Palm majority provides no explanation for the exception set forth in footnotes 6 and 21, but a look to Wis. Stat. § 252.02(3) provides a probable rationale. That subsection states: “The department may close schools and forbid public gatherings in schools, churches, and other places to control outbreaks and epidemics.” The plain language of the statute provides that DHS may issue orders closing schools. Full stop. No interpretation is necessary, and thus no rulemaking is necessary for DHS to close schools….

Even assuming that Palm decided the issue now before the court (it did not), stare decisis still would not dictate the result because last term’s Palm decision is unsound in principle and unworkable in practice. Palm is unsound in principle. It engages in a flawed statutory interpretation that sweeps with a broad brush where nuance is required….It twisted the language of Wis. Stat. § 252.02 and completely ignored the long-standing, broad powers the Legislature granted to DHS. Similarly, its conclusions regarding § 252.02 are advisory and undeveloped, and undermine DHS’s ability to apply and enforce the statute in accordance with the authority it has been given….

It is also unworkable in practice. The rulemaking process mandated by Palm is overly cumbersome in the event of a fast-moving emergency. By design, the process includes repeated checks, public input, and imposed waiting periods. Even if an emergency rule in a best case scenario could transpire in 12 days, as suggested by the Legislature during oral argument in Palm, “[t]welve days is far too long in a real emergency. Epidemics don’t always give you a two-week heads up on their next move.” The emergency rules process is thus a poor fit for a fluid situation requiring a real-time and flexible response….

​Because no interpretation is necessary, no rulemaking is necessary. Accordingly, I determine that Emergency Order 3 is not a rule. It is authorized by the plain language of § 252.02(3) and DHS need not go through the cumbersome rulemaking process to do what the statute plainly allows.

2 thoughts on “Court Watch: Let the Crowds In”