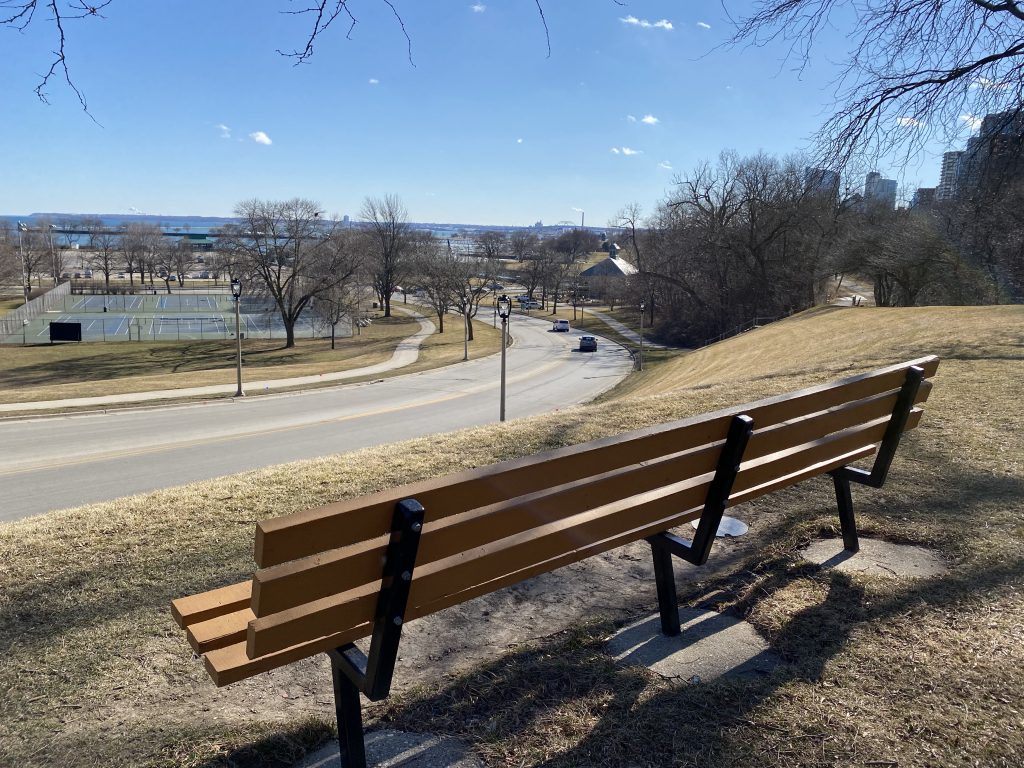 Start: On top of McKinley Hill at the corner of Lafayette Place and N. Terrace Avenue

In 1854, when Jefferson Glidden and John Lockwood purchased 100 acres on a bluff overlooking Lake Michigan, this was nowhere, miles of empty fields and cow pastures. The view of the lake and the early Milwaukee settlement in the distance would have impressed people, had there been any around to admire said view. Lockwood built a $20,000 mansion on the bluff, now Back Bay Park, but it took another 40 years for other wealthy merchants to follow suit and build their imposing homes nearby.

The “north point” in this neighborhood, now North Point Historic District, refers to a bulge in Lake Michigan’s coast that combined with “south point,” defines Milwaukee’s harbor. Thanks to its location, this primo property, purchased by Glidden and Lockwood, eighty feet above Lake Michigan, was destined to be a neighborhood of elegant homes. This was, in fact, their intent. As John Gurda wrote in Milwaukee: City of Neighborhoods, “North Point is a narrow band of gracious homes inlaid on the lake bluff like architectural gems.”

At the turn of the century, with the lake on one side, shops nearby on the Lower East Side, and just one mile from Downtown, this highly desirable property would soon become a neighborhood of impressive homes. They sprang up on Terrace Ave. and Wahl Ave., many of them built by immigrants and their descendants who prospered in the late 1800s. Some were well-to-do Germans who wanted their residence to resemble those of wealthy merchants back home. Their homes were often showy and considered avant-garde. As you walk, note the gables, turrets, steep roof lines, helmet-shaped domed towers, and sculptured terra cotta. There are no two alike. This is Milwaukee’s Gold Coast, a showcase of Milwaukeans’ prosperity as evidenced by their opulent homes in the early 1900s.

Start the walk at the top of McKinley Hill where the view of the harbor sheltering dozens of sailboats, yachts, and smaller craft, as well as a clear view of Downtown, encourages a respite on one of the benches. Then head north on Terrace Avenue toward Back Bay Park, bend left on Terrace, walk up the gentle incline, and look for Villa Terrace, a prominent historic home on the bluff. Now Villa Terrace Decorative Arts Museum, it was constructed in 1924 for Lloyd Smith, son of the founder and then president of A. O. Smith Corporation. The architecture of this magnificent home, inspired by a villa in Lombardy, Italy, consists of a rectangle surrounding an open courtyard. Behind the Villa, an elegant, carefully manicured landscape, flows down the bluff to Lincoln Memorial Drive and the lake.

Across the street at 2221 N. Terrace Ave., the large home behind the fence, has had several owners since it was constructed in 1904 by W. D. Sawyer for $30,000. It was listed on the rest estate market in 2020 for $2.1 million dollars which confirms the esteemed value of homes in this neighborhood, exactly what Glidden and Lockwood envisioned when they bought those 100 acres in 1854.

Continue north on Terrace until you come to the water tower on your left. It was built in 1873 to stabilize pressure from water pumped from Lake Michigan. Its elaborate Gothic exterior covers an iron pipe four feet in diameter, an elegant monolith which sat in the middle of a cow pasture at the time it was built.

You are standing across the street from Ascension Columbia St. Mary’s Hospital, Milwaukee’s oldest, and Wisconsin’s first public hospital. This is where well-known surgeon Erasmus Wolcott performed the first recorded kidney removal.

Continue past the hospital. You are standing at the top of St Mary’s hill, a popular sledding hill and one that challenges the intrepid who run up and down to strengthen legs and lungs. Veer right on to Wahl, with its succession of prestigious homes and unobstructed views of Lake Michigan. Three of these homes are of particular note. The Nunnemacher home at 2409, designed by Milwaukee architect Alexander Eschweiler, resembles a manor house of 17th century England. The Kern residence at 2571, influenced by the German New Renaissance style, was the first home built on Wahl. Notice the front door created by Cyril Colnik, master craftsman and well-known Milwaukee ironworker. Across the street, the Luick residence at 2601, a stone house that mimics an English Cotswold home, has a fence that showcases the work of a craftsman working in stone.

Just before Lake Drive, take a hard left on Terrace, and head back south. You may want to pause to consider the unique features of the following. At 2675, look for a home built in the English Tudor style using ash timbers salvaged from an old barn and the Trostel residence at 2611, a study in German New Renaissance Style. It created a stir when it was built in 1899 on land that looked more suited to growing crops than living in opulence. Back then one critic said, “Only crazy people had to move so far out of town.” It sat with its manicured lawn and elegant exterior in the middle of a field. At 2550, the Kasten residence is a variation on symmetrical Georgian style with perfectly balanced bays, dormers, and columns. In the next block, an important example of Frank Lloyd Wright’s work at 2420, has classic roof overhangs and recessed windows, typical of his prairie homes.

At the intersection of Wahl and Terrace, notice the owl gargoyle on the brick chimney at 2348 Terrace, and the second gargoyle holding a lantern above the front entrance to greet guests as they arrived.

Continue south on Terrace back to McKinley Hill where the walk started. Glidden and Lockwood, prescient developers, knew in 1854 that a home on a bluff with a view was priceless, and someday, people would come.

Perhaps that’s what Margaret Fuller had in mind when she wrote in A Summer on the Lakes in 1843, “We came to Milwaukee where we were to pass a fortnight or more. The place is most beautifully situated. A little river with romantic banks passes through the town. The bank of the lake is here, a bold bluff eighty feet in height. From its summit you enjoy a noble outlook on the lake. A little narrow path wound along the edge of the lake below. Above me this high wall of rich earth garlanded on its crest with trees, the long ripples of the lake coming up to my feet.” 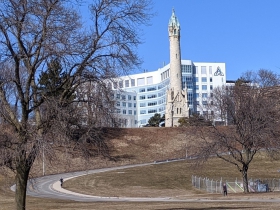 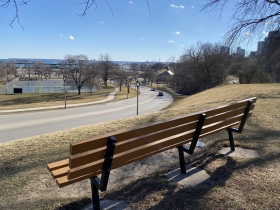 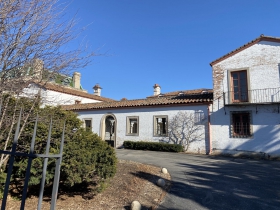 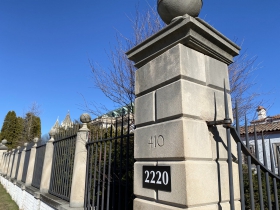 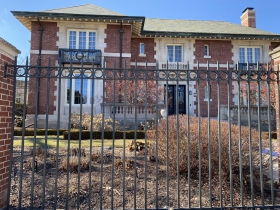 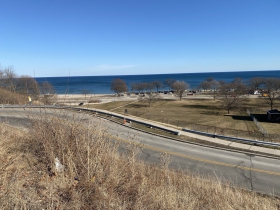