“Bartender’s Blues” Is a Classic

A fine song written by James Taylor became a classic when sung by George Jones. 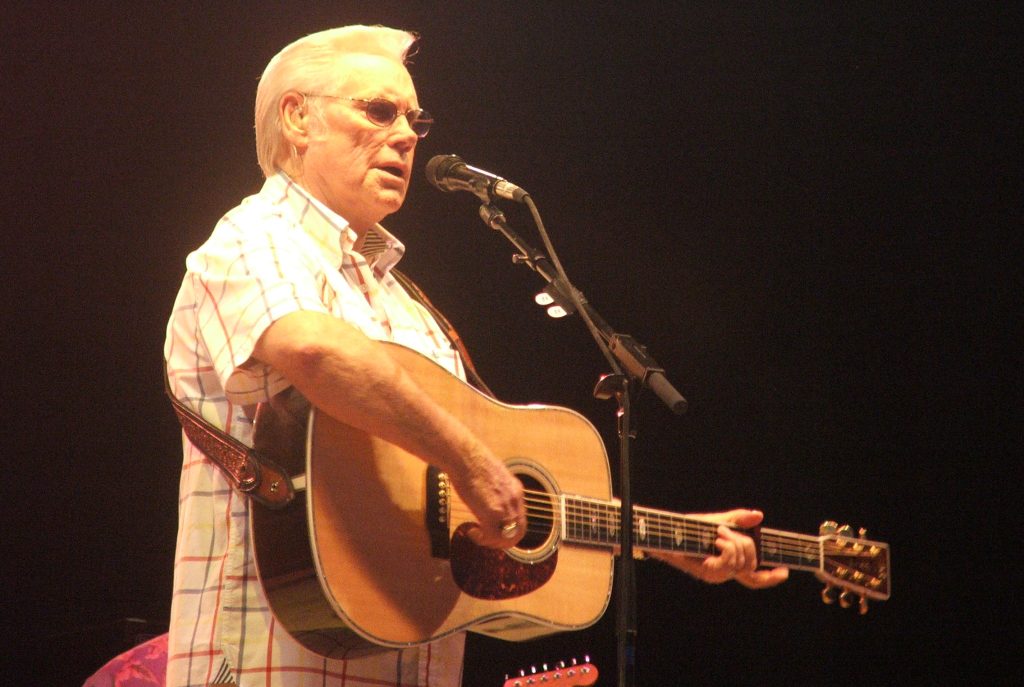 A divided nation is nothing new. The culture wars were in full swing back in the late 1970s, when George Jones recorded James Taylor’s “Bartender’s Blues.” I can’t say I know how Ole Possum eyes voted, but it’s safe to say the typical Jones fan was redder than his nose (George did like to drink) at 2:00 a.m. — anything but liberal. As for Taylor, he was soft and fuzzy, with well considered and supremely crafted songs that appealed greatly to the white-wine-NPR demographic. What happened when their paths crossed on that song is worth considering. For one, it begs the question, should James Taylor have switched at some point to country?

The answer is simple — of course he shouldn’t have. He continues to do a rousing business while planted in today’s version of adult contemporary. Not all that hip and not all that bad. He packed the large venues before COVID-19 and, if he’s still up for it, will continue to do so as long as he wants. There’s a reason I posed that question. I think “Bartender’s Blues” is his finest song and with Jones singing it, becomes painful to listen to and even more painful when it stops.

George was an emotional guy. You wonder if he ever had quiet, meditative moments or if it was just a lifelong tear down Drama Road. Before he finally sobered up, at least, it’s hard to picture him without that emotional fire, evident even in his joyful material. Listen to “White Lightning.” Better yet, listen and watch. You see a young Jones who’s barely able to contain his delight. You can tell he knows how great he is and he’s more than okay with it. Given a sad song, he could throw a chill on you that would make you reach for your winter coat. In songs like “The Window Up Above” and the masterpiece “He Stopped Loving Her Today,” the hillbilly Pavarotti sang as if his life depended on it.

James Taylor singing “Bartender’s Blues” is a fine thing. Nothing about it needs improving. He gives an affecting and pretty darn authentic vocal performance. I would rate this above anything by the Kings of Cali-Country, The Eagles. But you have to wonder where this song came from. He hadn’t written anything remotely country before this, yet somehow he steps right up to the front of the line and delivers a pretty damn good one. After wandering away from him over the years and dismissing what he did as tapioca, I came back when I started teaching his songs. I found them to be very well built. His origin story belies the laid-back image that’s widely accepted as the real JT. His audition at age 18 for Apple Records, in a room with two people, producer/A&R guy Peter Asher and Beatle Paul McCartney, says otherwise. Try to picture a more intimidating situation to find yourself in. It would have your average artist quaking like Don Knotts, yet the young and audacious Taylor walked out of that room with a record deal. Whoa!

George heard the original version of “Bartender’s Blues” and knew he could take it a step further — that’s what he did for a living, because an average George Jones performance is anything but. On a bad day, he was way above average, the rest of the time he was routinely and effortlessly great. He seems to have thought more of the song than the writer did. It’s surprising to read that Taylor thought he had written “… an okay but lightweight song.” John Lennon said the same thing about “Nowhere Man.” It’s all well and good for artists to dismiss their own work, it’s what keeps them writing. And the critics can also have their say, but it’s best to remember they are paid to create content and controversy. The average Joe, sitting in a bar listening to this this song hears it for exactly what it is: the cold hard truth. The guy who can “light up your smokes and laugh at your jokes” is as bad off as his customers, and he’s not really listening to, or caring about, your troubles. It’s a sad, lonely world. And yet when it’s George Jones conveying that message, loneliness can seem transcendent.

2 thoughts on “Sieger on Songs: “Bartender’s Blues” Is a Classic”