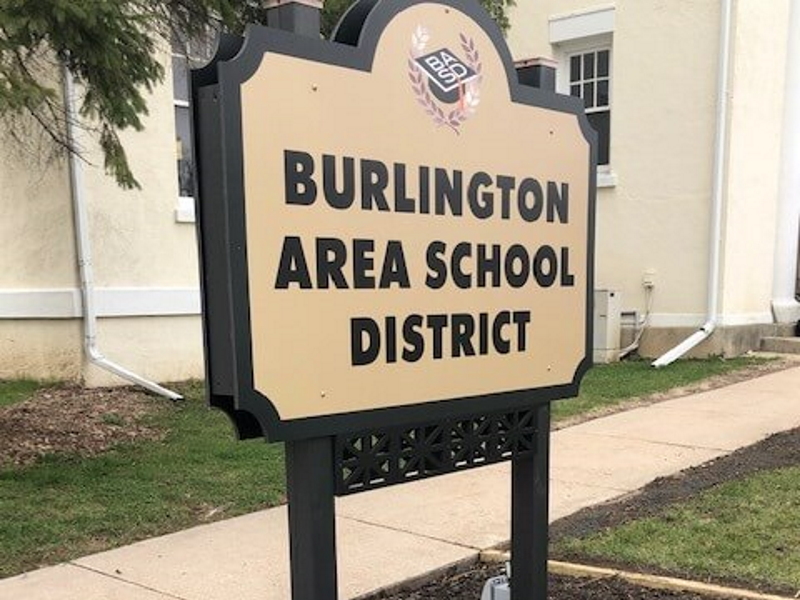 The Wisconsin Department of Public Instruction (DPI) ruled last week that the Burlington Area School District hasn’t done enough to address a “racially hostile environment” against the district’s students of color. The district now has 30 days to submit a plan that prevents further discrimination, improve the environment, review its policies on reporting and investigation incidents and ensure its policies are in compliance with state law.

Over the past year, as the country has dealt with difficult questions over racial injustice, similar issues have boiled over in Burlington as parents of students who have been victims of harassment and allies have worked to improve the environment in the majority white district. Those complaints of racism — alongside a hateful backlash, fights over curriculum and a teacher attending the Jan. 6 rally that led to the Capitol insurrection in Washington D.C. — have become flash points in the Racine County city.

DPI began investigating the district following an appeal from Darnisha Garbade, the mother of two students who have experienced racial discrimination and the president of the Burlington Coalition For Dismantling Racism. Garbade had initially made complaints with the district over incidents involving her elementary and high school-aged children spanning 2016-2020.

Garbade alleged her children were called racial slurs, treated differently by BASD staff and physically assaulted by other students — including being spit on and pushed down stairs.

An email was also sent to all school parents for the airsoft gun incident but not the knife.

“Because the discipline imposed on [Garbade’s child] was different, and more severe, than the discipline imposed on the similarly-situated student, BASD must show legitimate, nondiscriminatory reasons for this different treatment,” the report states. “DPI is not persuaded that there were legitimate, nondiscriminatory reasons for the more severe discipline.”

When discussing the incident with Garbade’s child, the school’s principal, Jaqueline Syens, referred to a Black child who was shot and killed by police while playing with a toy gun.

“Even during the incident where [Garbade’s child] brought a toy gun to school, and justifiably was asked to consider how her actions could have harmed others, Principal Syens took it a step further and introduced racial overtones and [the student’s] responsibility for the actions of others by telling her the story of a Black child killed by the police while playing with a toy gun,” the report states. “This statement implied [the student] would be responsible if she was harmed as a result of someone else’s mistaken impression about [her] intentions.”

Last year, an outside attorney investigated Garbade’s allegations and concluded there was “no direct evidence” that the district discriminated against her children. The district’s superintendent and school board agreed with the attorney.

With the assistance of the American Civil Liberties Union of Wisconsin, Garbade appealed to DPI, which reached a very different conclusion over the treatment of Garbade’s children and the general environment for students of color in Burlington.

The DPI report outlines 19 incidents of race-based harassment — not including Garbade’s allegations — against students at all age levels. The report details high school students using racial slurs and a fifth grader saying “I hate Mexicans like you” to two other students.

Often, administrators and staff would respond to an individual incident of racism or discrimination without working to prevent the behavior from recurring or working with the broader school community.

Staff also often “improperly shifted the burden” to the victim of harassment to respond correctly and work to prevent future incidents, according to the report.

“BASD did take actions to address racial harassment as it occurred within the district, but these actions were not reasonably calculated to prevent recurrence and were not effective when viewed cumulatively,” the report states. “More importantly, BASD’s response to pervasive racial harassment seemingly ended after discipline was imposed.”

Additionally, the DPI report finds that BASD’s process for the reporting and investigation of complaints was insufficient. The outside attorney didn’t address all of Garbade’s complaints and many incidents weren’t included in annual reports required by DPI.

In a statement, Garbade said the process had been painful for her family but that the DPI findings vindicated her fight.

“Let DPI’s ruling be the catalyst to put you and all Wisconsin schools on notice that it’s time to truly seek out equity and provide a safe learning environment for all children, not just white ones,” Garbade said in a statement. “If you don’t, you will be held accountable.”

Elisabeth Lambert, the ACLU attorney who worked with Garbade, said that school districts need to do more to protect students of color.

“The sheer number of incidents of racial harassment across Burlington schools is deeply disturbing and shows that there is a pervasive, district-wide problem with racism going unaddressed, something that the DPI concluded in its ruling today as well,” Lambert said. “Although the Burlington Area School District has taken small steps to promote equity and inclusion, they must do more to ensure that they address the systemic racism that is running rampant in its schools, and ensure that the school environment is not only safe, but welcoming to students of color.”

In a statement following the release of the report, district officials said they regret the way students were treated and made to feel as a result of district policies. The statement outlined several ways the district is working with DPI to improve non-discrimination and reporting policies.

“The Burlington Area School District would never intentionally treat Black and Brown students differently based on race,” it states. “We most certainly regret leaving anyone impacted or feeling this way. We have been proactively working to reject all forms of racism, discrimination, and harassment and share in the goal to dismantle racism in Burlington.”

“Policy is a distinct first step, but words alone will not eliminate racism in our community,” the statement continues. “The next steps will set the course for a stronger district.”