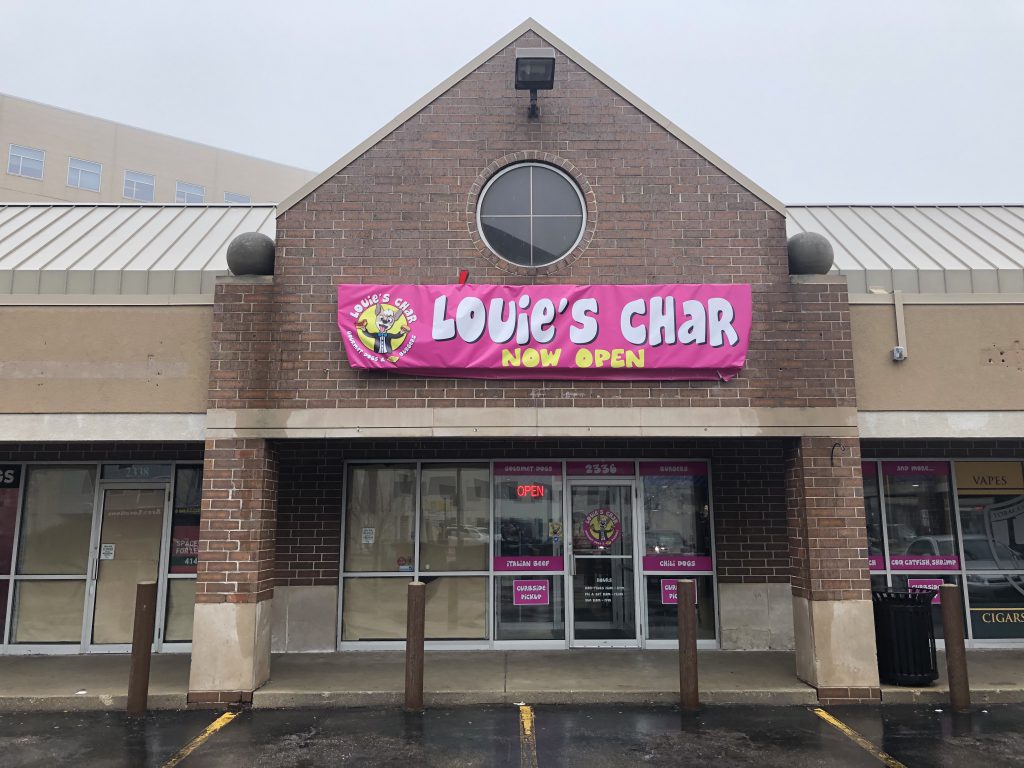 Louie’s Char Dog and Butter Burgers recently opened at 2336 N. Farwell Ave. by owner Lawrence Miller in what was previously the location for the Southeast Asian restaurant Bee’s Cuisine from 2016 to 2019.

Menu items include Chicago style and chili mac char dogs, smoked sausages and specialty burgers. According to the lengthy menu, specialty burgers are made of one-third pound Angus chuck patties placed in between toasted brioche buns cooked with Wisconsin butter and topped with at least two different types of cheese. For a small addition to the price, customers can choose to switch out their burger or hot dog bun with a gluten free option.

Get a daily rundown of the top stories on Urban Milwaukee
Louie’s offers dine-in seating, takeout and catering. Its hours of operation are from 11 a.m. to 11 p.m. from Monday to Thursday, 11 a.m. to 12 a.m. from Friday to Saturday and 11 a.m. to 7 p.m. on Sundays, according to the restaurant website.

The strip mall that Louie’s is located in was built in 1989 and is owned by North Avenue Redevelopment, an affiliate of J. Jeffers & Co. Jeffers also owns the property directly to the south at 2022 E. North Ave., currently home to a Hacienda Beer Co. taproom. Jeffers also has plans to redevelop the upper floors of the complex.

Before Louie’s and Bee’s moved into the strip mall, that location was home to a succession of two Japanese restaurants Osaka Little Japan and Ichiban Japanese Restaurant.

Miller did not respond to Urban Milwaukee’s phone calls asking for comment.