By Wisconsin Democracy Campaign - Mar 25th, 2021 10:41 am
Get a daily rundown of the top stories on Urban Milwaukee 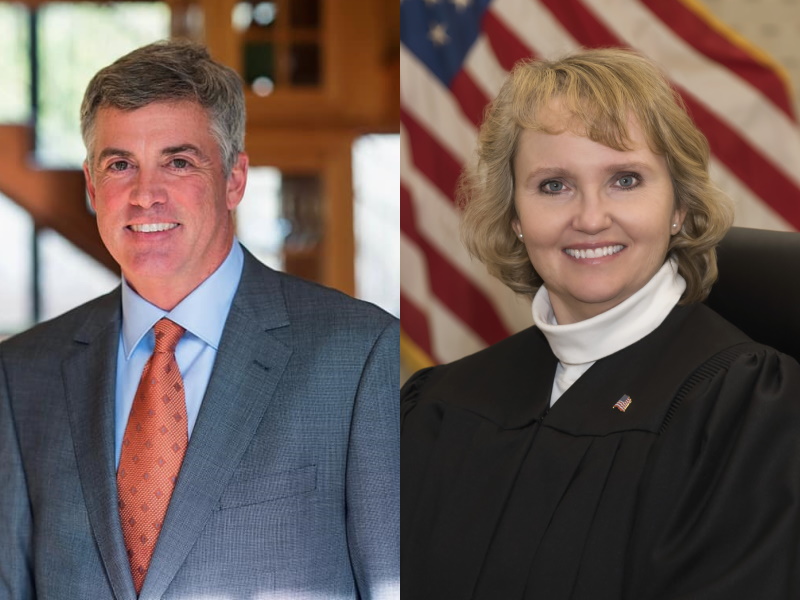 A Virginia-based electioneering group that supports conservative judicial candidates throughout the country has spent about $56,200 in a Wisconsin court of appeals race.

The spending by the Republican State Leadership Committee – Judicial Fairness Initiative was for television ads to support Shelley Grogan, who is challenging incumbent Judge Jeffrey Davis for his seat on the three-member 2nd District Court of Appeals based in Waukesha.

The ad opens with video of Democratic House Speaker Nancy Pelosi and U.S. Rep. Alexandria Ocasio-Cortez and proclaims that the “radical left is out of control” and that conservative judges like Grogan are needed to protect children and keep criminals behind bars.

The Republican State Leadership Committee – Judicial Fairness Initiative was created in 2014 and has spent more than $2.2 million on electioneering activities to support conservative Wisconsin Supreme Court candidates in 2020, 2019, and 2016.

The Republican State Leadership Committee, which was created in 2002, supports Republican candidates for legislative office around the country, including Wisconsin where it has spent about $6.1 million since 2010 to support GOP legislative candidates.

The 2nd District Court of Appeals race, which is labeled nonpartisan, has drawn attention in recent weeks from its partisan players.

And Grogan’s campaign manager is one of the Walkers’ sons, Alex.

Davis was chosen in May 2019 by Democratic Gov. Tony Evers to fill this vacant judicial seat. Davis and Grogan were among 13 applicants for the job.

Last month, Tonette Walker wrote a fundraising letter for Grogan’s campaign that said Davis was backed by Madison liberals with a far-left agenda. The letter went over poorly with Davis’s mother, Sallie, and father, Don H. Davis, Jr., a former Rockwell Automation executive. The Davises are GOP mega-donors who have contributed more than $250,000 to state and federal Republican candidates and causes, including $25,500 to Walker, see here, here, and here.

The candidates also have endorsements from a smattering of present and former conservative justices. Grogan is backed by her boss Justice Rebecca Bradley and former Justice Dan Kelly. Davis has the backing of Chief Justice Patience Roggensack, Justice Annette Ziegler and former justices David Prosser and Jon Wilcox.

Grogan raised about $74,100 in January, according to her most recent campaign finance report.

Richard Uihlein and his wife, Elizabeth, of Lake Forest, Ill., founders Uline Corp., who gave $5,000 each,

Among Davis’ top contributors were: