Cache Cider sells single-varietal craft ciders, each made from one kind of apple, each with a unique taste. 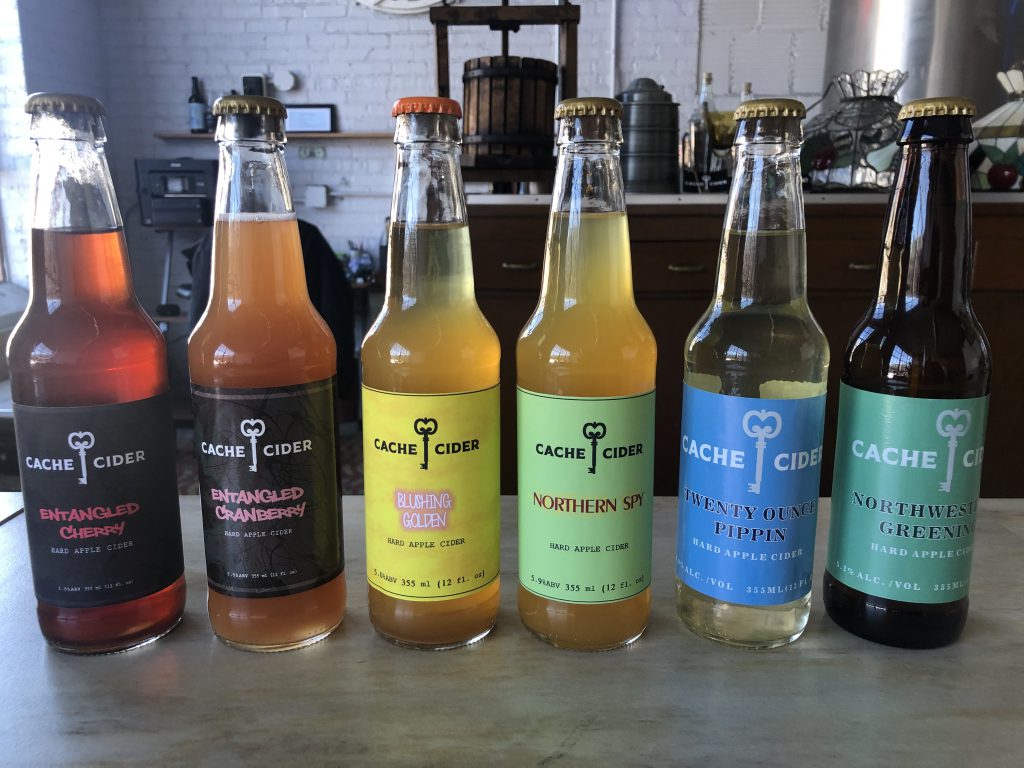 Ask someone who has seen Ethan Keller perform, and they’d probably describe him as a musician. Ask someone who’s tasted a batch of cider brewed by him, and they’d surely call Keller a cider-maker. But Keller sees himself as something of a historian.

“Maybe I’m a little pompous when I think I’m going out there and trying to educate everyone, but really I just want to present (my cider) as it is,” Keller says. “I’m interested in documenting year by year what the apples turn out as.”

And that’s what Keller’s now-open cidery — called Cache Cider — is really all about: Its a no-frills introduction to the flavors of some of Wisconsin’s oldest apples. Whereas a typical cider found on the shelves of your local liquor store might contain a blend of several types of apples, a majority of the ciders that Keller offers focus on a single apple — a type of cider known as a single-varietal. It’s considered a modern approach to cider making, but one that Keller hopes will have his customers looking back toward the rich history of each apple used.

“There’s no recipes — its just the apple. It is what it is,” Keller says.

Cache Cider operates out of a warehouse space located at 2612 S. Greeley St., near Bay View’s Hide House. When Urban Milwaukee last spoke to Keller in August 2020, he was awaiting the proper licensing to open his business. Cache Cider officially became a state winery in December of last year, and obtained its local liquor license just last month.

With all of the official licensing in place and its doors open to the public, Cache Cider is now Milwaukee’s first cidery, a concept that Keller still can’t believe hadn’t been done before, but one that will likely be followed by other cideries as the craft cider industry continues to grow in popularity.

Get a daily rundown of the top stories on Urban Milwaukee
“Its just juice, heat and yeast,” Keller says. “My cost of operation is so low, I don’t even use a lot of water. It’s a bare-bones operation.”

Keller currently offers six ciders — four single-varietals and two blends. His most popular cider, the Northwestern Greening, is dry and light with a hint of ginger. The Northwest Greening apples that Keller used to produce that particular batch of cider hailed from Gays Mills, an area of Wisconsin with a rich apple-growing history that produced a bushel of apples that went on to take home a first-place prize at the Chicago World’s Fair. The apple variety itself was first raised in 1849 in Iola, Wisconsin by a man named Jasen Hatch. And just like that, Keller has reconnected a consumer with some of Wisconsin’s agricultural and geographical history with one 12 oz. bottle.

“It seems like everyone is in a race to bypass the apple,” Keller says. “Like, wait a second, let people have the story about that apple.”

Keller bends his own rules with his  “Entangled” series of ciders, offering either a hard cider created using a blend of apple varieties or one created using additional fruits. The “Entangled Cherry,” for example, is a 5.5% ABV hard apple cider interfusing the flavors of sour and dark cherries. Keller also suggests customers make their own blends using the various single-varietals that he offers. He likens it to eating a pack of Lifesavers — eat your favorite flavors by themselves and find out which you like, then try experimenting and pop a couple into your mouth at once.

While Keller has sourced the apples used in his ciders from various orchards and markets all across Wisconsin, he’s currently working on growing his own. He’s leasing a half-acre fenced-in space at Utopia Gardens up near New Glarus, where he has planted 40 apple trees. He’s hoping to eventually bump that number up by one hundred trees.

Pumping out ciders using his own apples isn’t the only future plan for Cache Cider. Keller will eventually begin selling a 9% ABV cider — an alcohol content so high that it propels the cider into the category of wines. His most potent cider yet, Keller achieved this feat through a process called sweating — allowing the apples to sit over a short period of time and allowing the moisture to dehydrate out of the fruit, resulting in less juice but a higher sugar content. Adding a boozy touch, Keller also hopes to begin an aging program, where he can fortify his ciders with whiskey and other liquor.

Cache Ciders current offerings run for $14 or $15 a four-pack, depending on the varietal. Sample packs can be created as well for $4 a bottle. The cidery is currently open Monday through Friday from 4 p.m. to 9 p.m., on Saturday from 12 p.m. to 9 p.m. and on Sunday from 12 p.m. to 6 p.m. And Keller offers in-person tasting as well for those who would like to sit at the bar. If they’re lucky, they just might get a history lesson from Keller himself.

“I’m very proud of Wisconsin — it seems like my civic duty to help people reconnect with their agriculture, with their food and with their land,” Keller says. 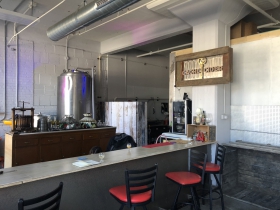 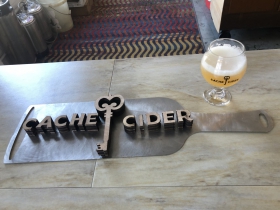 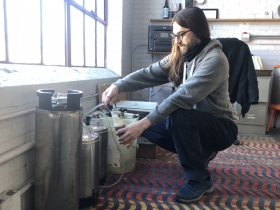