Honoring Limbaugh But Not Black History

By Melanie Conklin, Wisconsin Examiner - Mar 9th, 2021 02:38 pm
Get a daily rundown of the top stories on Urban Milwaukee 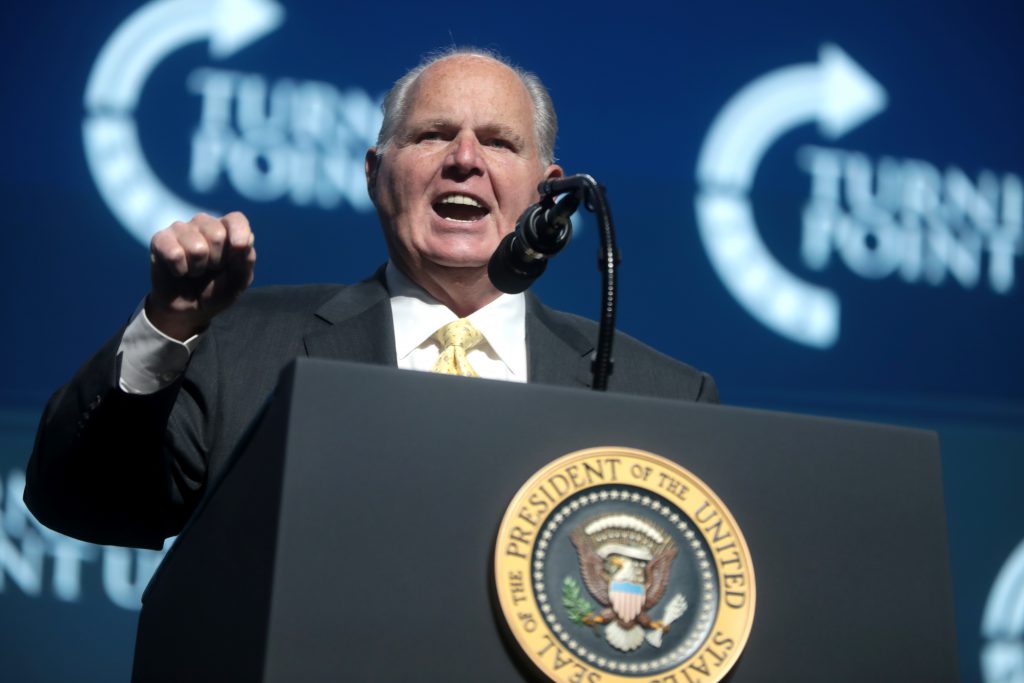 In February, following a global movement to affirm that Black Lives Matter, Republicans rejected a resolution honoring Black History Month because they didn’t like all of the names of people being honored on the resolution.

Most notably, the conflict centered on the names of people of color who were killed by police. According to Sen. Lena Taylor (D-Milwaukee), they also did not approve of honoring Wisconsin native and Georgia politician and organizer Stacey Abrams.

The Limbaugh resolution is cosponsored by 20 representatives, including Speaker Robin Vos, a sure indication the resolution, honoring someone who described Black people in an overtly racist manner, will pass in the same body that refused to acknowledge Black History Month. Limbaugh died on Feb. 17, 2021.

Limbaugh spearheaded the fake birther conspiracy challenging President Barack Obama’s nationality, and said Obama and Oprah Winfrey were only successful because they are Black. Limbaugh’s other infamous insults to Black Americans include:

“Have you ever noticed how all composite pictures of wanted criminals resemble Jesse Jackson?”

“…the NFL all too often looks like a game between the Bloods and the Crips without any weapons. There, I said it.”

“The NAACP should have riot rehearsal. They should get a liquor store and practice robberies.”

Speaking to an African American female caller, “Take that bone out of your nose and call me back.”

The resolution on Black History Month would have recognized:

The Black History Month resolution begins, “Whereas, Black History Month provides a deliberate opportunity to reflect on the common humanity underlying all people and to raise awareness and foster respect for the heritage and contributions of people of African descent.” It also notes that “this year marks over 400 years since the arrival of enslaved Africans in Virginia.”

In a column, Sen. Taylor wrote about her feelings on the conflict over the Black History Month resolution, explaining that Black legislators were told who they could and couldn’t honor; Legislative Black Caucus members eventually exited talks with Republicans who made these demands.

“It’s insulting to watch Black people be evaluated, graded and picked apart to determine if they are worthy of being honored in a resolution. It doesn’t matter if you have lived an exemplary life or had some struggles, Black lives are often treated the same,” wrote Taylor. “The idea that we would have to defend a Wisconsin native, who’s a Yale Law School graduate, and was the first Black woman to be the Minority Leader in the Georgia State Legislature, was simply too much. Abrams was likely rejected because of her work to protect the right to vote.”

Taylor continued: “The hypocrisy becomes stifling after a while. Republicans can request that the Wisconsin flag be lowered to honor the death of an openly racially divisive Rush Limbaugh but refuse to have Colin Kaepernick’s name for kneeling to raise awareness about Black lives. Another Republican legislator thought that Black History Month was about honoring white Abolitionists. This year, we simply said ‘Not today,” not on someone else’s terms or preferences.’”

Another resolution debate on the horizon that may — or may not — draw opposition from Republicans comes from Sen. Tim Carpenter (D-Milwaukee), who introduced a resolution proclaiming March 31 as Wisconsin’s Transgender Day of Visibility, to coincide with the international celebration of the day.

This resolution affirms that “everyone has a role to play in making our communities places where transgender and gender-nonconforming people are welcomed, supported, and have the opportunity to thrive.” It also acknowledges that “our transgender and nonbinary neighbors in Wisconsin have shown great strength in the face of adversity and empower others to explore and embrace their full selves by living their truth.”