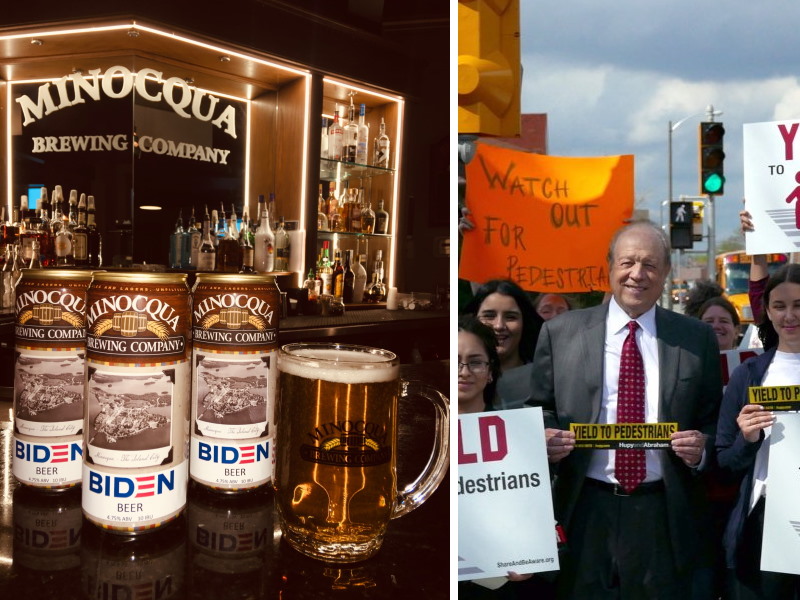 Most personal injury lawyers are Democrats. They tend to file cases for the “little” folks, less well-to-do people who suffered an injury of some kind and have traditionally been more likely to vote Democratic. And Republican politicians tend to support limits on jury awards for such lawsuits.

But Michael Hupy of Hupy and Abraham, S.C. is an exception, a Republican. “Myself and the others at the firm are Democrats,” says Jason Abraham, who has partnered with Hupy for 28 years.

But now, because of campaign donations by Hupy to Republican Sen. Ron Johnson, the firm has been described as a supporter of “Traitor Ron Johnson” by the Minocqua Brewing Company. And that is causing the law firm to lose business.

“This is causing major disruptions to the Firm’s normal business” and “dissuading potential clients from engaging the Firm as legal counsel,” a “cease and desist” letter to Minocqua Brewing complains.

Why are two private companies involved in a bitter political spat? The answer says a lot about the increasingly vicious partisan split in America.

Kirk Bangstad, the owner of Minocqua Brewing Co., had a nice little craft beer business in the North Woods. “We were doing really well before the pandemic,” he told Urban Milwaukee.

But mishandling of the pandemic by President Donald Trump and Wisconsin’s Republican legislators, he felt, forced him to shut down his restaurant and bar business, which was a key way he sold his beer. “I was just mad,” Bangstad says. “I had to lay off all my employees because the state wouldn’t do anything about the pandemic.”

In response, Bangstad has gotten increasingly political, first running unsuccessfully as a Democrat against Republican Rep. Rob Swearingen, then moving on to create a Super PAC to “help free the Northwoods of corruption, sedition and conspiracy theories.” Specifically, he was raising money to unseat the two Republicans representing the area who were challenging the election of Democrat Joe Biden: Sen. Johnson and Congressman Tom Tiffany. 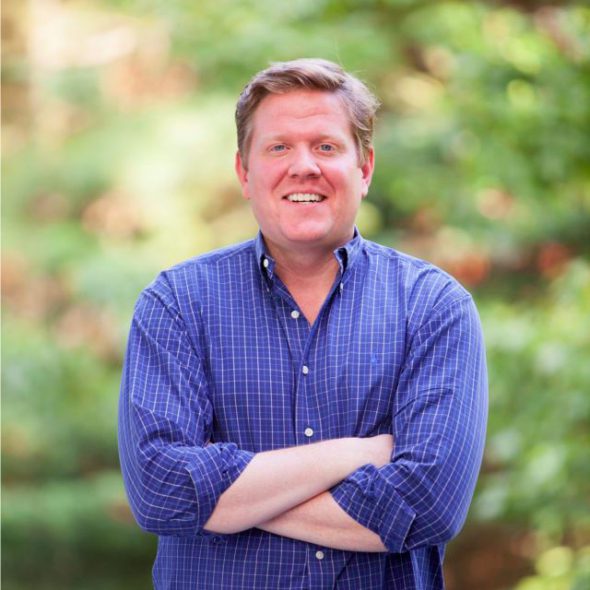 Then he began to intermix politics and business, launching a Joe Biden beer, a blonde ale that is “inoffensive and never bitter,” and “Bernie Brew,” a “Lovingly Irascible and Democratic Socialist Milk Stout.”

More recently the company’s Facebook page created a graph outing the 10 companies in the North Woods area that donated the most to Johnson and asking “Will you pledge to never donate to Traitor Ron Johnson again?”

Listed third was Hupy & Abraham, which has an office in Wausau and is listed as donating $21,800 to Johnson.

Abraham called Bangstad to complain, as the latter noted in a Facebook post. Bangstad quoted Abraham as follows: “Kirk, you’ve pissed me off… Michael Hupy donated all that money to Johnson, not the firm, and if you don’t take our firm’s name off your graph, you’re not going to like what’s going to happen to you.”

Abraham denies saying either of these things and says he warned Bangstad, “you and I are going to have a problem” if the brewer didn’t take the firm name off the graph and that Bangstad’s action would hurt the name and reputation of Hupy & Abraham.

To which Bangstad replied: “Didn’t Michael Hupy hurt your firm’s reputation by donating to a guy who just read into the congressional record a massive lie that the insurrectionists on January 6 were ‘fake Trump supporters,’ which has been disproven by every investigator on the case?”

Get a daily rundown of the top stories on Urban Milwaukee
So Hupy and Abraham hired the Meissner Tierney Fisher & Nichols S.C. law firm to send the five-page letter of complaint to Minocqua Brewing Co., which demands that Bangstad remove Hupy & Abraham from the graph and “correct any and all misstatements.”

So far, Bangstad has made one change, adding the phrase “Aggregate Employee Donations” to the top of the graph, to “make it absolutely clear” that the donations are “not from the company itself,” his Facebook post noted.

But the name Hupy & Abraham is still listed and that is “a fabrication,” Abraham charges. “The firm hasn’t made any contributions.”

“There is no objection,” the cease and desist letter noted, to “listing Mr. Hupy personally as one of the top donors to Senator Johnson.”

Beyond his contributions to Johnson, Hupy has given to a long list of state Republican politicians, as the data base of the Wisconsin Democracy Campaign shows. Since 2000, some of the biggest donations include $6,750 to former Attorney General Brad Schimel, $6,530 to former Gov. Scott Walker, $2,250 to former Lt. Governor Rebecca Kleefisch, and huge donations to conservative state Supreme Court candidates, including $10,000 to Pat Roggensack, $8,000 to Rebecca Bradley and $7,500 to Annette Ziegler. But Hupy gave $7,500 to liberal Supreme Court candidate Rebecca Dallet and $5,000 to Democratic gubernatorial candidate Mary Burke.

Abraham describes Hupy as a Republican, but says all the firm’s other partners are Democrats, and the firm has some 200 staff whose political affiliations he doesn’t know. “I would have no idea what political party our employees favor because we would never ask and don’t bring politics into the business.” It’s a big company, he notes, with offices in 11 cities in three states. And he points to all the company has done to help people:

“We’ve won more than a billion dollars in awards for 70,000 people. We gave $1 million to charities over the last five years. We fed 40,000 people over the holidays. Mike is involved with Crime Stoppers and offered a $100,000 reward to solve a murder.”

“There’s no question we are going to lose money over this,” Abraham says. The company is getting many phone calls and emails with people complaining about the donations to Johnson.

But Bangstad’s Facebook post offers no sympathy. “If Michael Hupy’s law partners get hurt in the process,” he states, “maybe they’ll ask him to stop donating to traitors or at the very least, stop donating to politicians at all. Wouldn’t that be refreshing?”