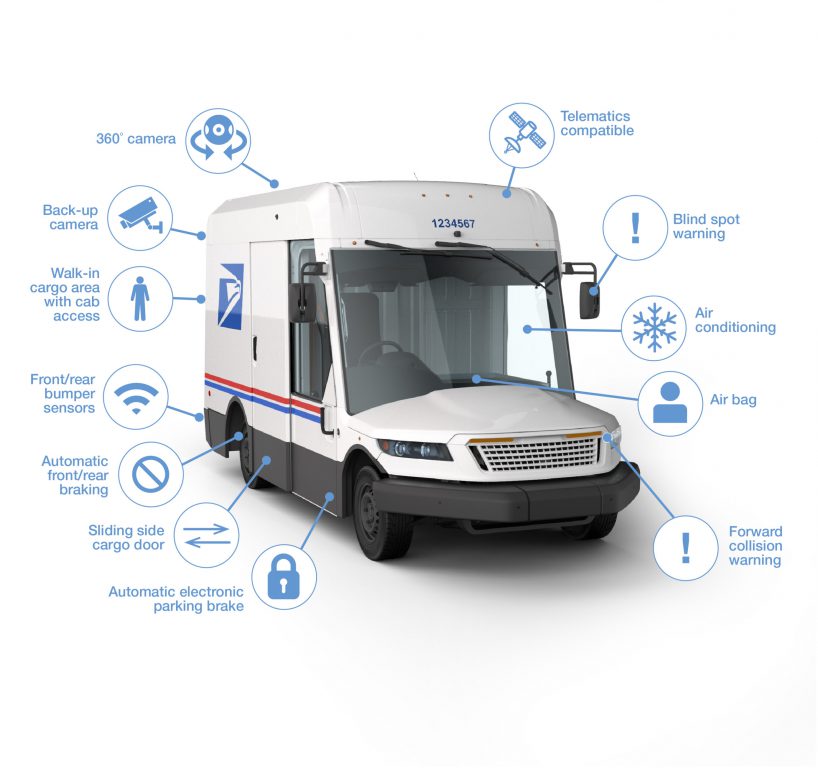 The new United States Postal Service truck will be built by Oshkosh Corporation, but Milwaukee officials want the Wisconsin company to look south when choosing where to build it.

The Oshkosh-based defense contractor was announced last week as the winner of a multi-year competitive bidding process to construct up to 165,000 of the trucks — known as the “Next Generation Delivery Vehicle (NGDV)” — over the next 10 years.

An initial $482 million contract will support final engineering and factory buildout. But where that factory is located remains to be seen.

“Once the home of A.O. Smith Corp./Tower Automotive, Inc., this is a site ready-made for a use of this type. The City of Milwaukee has already made substantial investments to prepare for just such a purpose and our Department of City Development stands ready to make certain that what few gaps may remain are closed to your satisfaction,” wrote Rainey and eight of his colleagues in a letter sent Monday to Oshkosh Defense, a subsidiary of Oshkosh Corp.

It’s actually the second time the city has sought to bring the USPS work to the 84-acre business park. Over half of the business park, located near W. Capitol Dr. and N. 31st St., is currently vacant land.

The REV Group was one of the initial bidders to make the vehicle. And in 2016, then-CEO Tim Sullivan said the company would likely produce the vehicles at a new facility at Century City, employing up to 2,000 people. But the company didn’t advance and its partner, Turkey-based Karsan, ultimately submitted a bid with another firm. After relocating REV Group to Wisconsin, Sullivan departed the Brookfield-based company in March 2020.

Get a daily rundown of the top stories on Urban Milwaukee
The new vehicle will replace the ubiquitous mail truck that was first made in 1987. Known as the Long Life Vehicle (LLV), it has lived up to its name. The last one was made in 2001 and the average vehicle has been on the road for over 28 years.

The replacements, which will come in both battery-electric and internal combustion engine formats, will be larger, more fuel-efficient and safer.

The first vehicles are expected to be produced in the second half of 2023.

The full council will vote on a resolution Tuesday, March 2nd, urging the company to locate the facility in Milwaukee.

It’s not the only thing happening at Century City, but it would be the most significant. Talgo is restoring subway and commuter rail cars in a former Tower Automotive plant at the south end of the business park. Good City Brewing acquired the only new building in the business park, Century City 1, in 2018 and a proposal has been introduced for Planet 2 Plate to construct an urban farm in part of the facility.

Strauss Brands proposed to build a meat processing plant in the middle of the business park in 2019, but those plans were ultimately canceled after opposition. Rainey, who represents the area, first backed the plan and admonished those who were critical of it, then pivoted to attacking it himself. The company ultimately chose to build a new plant in Franklin.