How Would Proxmire View Chinese Genocide?

U.S. should heed his example and hold China accountable for human rights abuses. 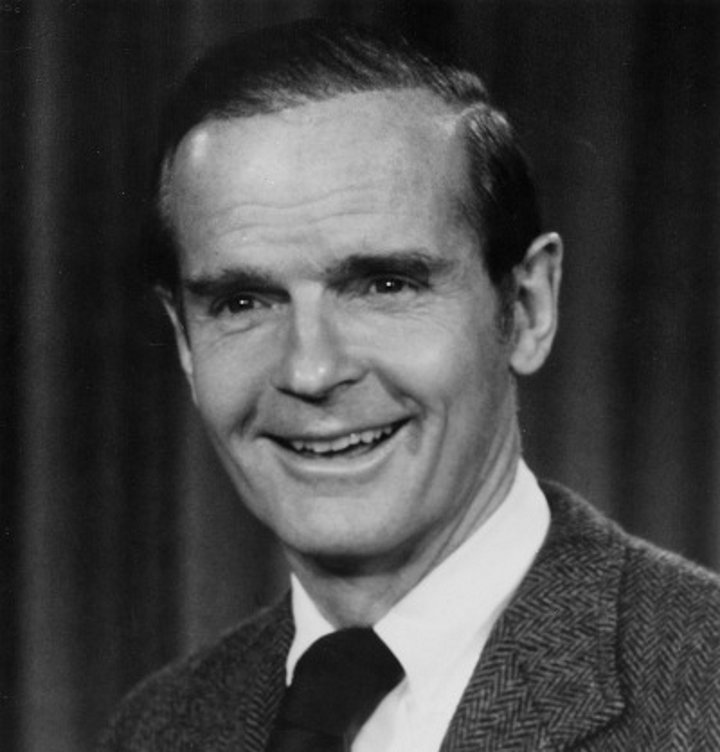 There are times when taking a look in the rearview mirror allows for progress moving forward.

There are divided opinions about how to deal with China on a wide array of cumbersome issues ranging from trade to military maneuvers in the South China Sea. But the weighty concern of how to deal with the charge of genocide on the Uyghur minority in the Xinjiang province is the one the Biden Administration will first need to engage itself. Putting it more bluntly, how can our nation work with China on any other issue when the term genocide has been leveled against them?

Former Secretary of State Mike Pompeo made the declaration of genocide on the last day of his time in office. Many watchers of international events asked only, “What took so long?” But in the same breath, we saw a lack of commitment from the Trump administration for a clear policy on human rights throughout that term.

The Biden White House has not altered the directness of that charge, namely because the facts point to China’s role in genocide. The current Secretary Anthony Blinken has expressed the same use of the term. “My judgment remains that genocide was committed against – against the Uighurs and that – that hasn’t changed,” Blinken said.

But how does the United States follow through with this matter concerning China?

When I was in high school there was no missing where my history teacher landed when it came to genocide, or how she viewed Wisconsin Senator William Proxmire who served from 1957 to 1989. She had left Holland as a result of WWII and told her students not only about the rough seas that brought her to the United States, but also about the brutal nature of war and tyranny that had ravaged Europe. She spoke very highly of our senator who championed the international genocide convention.

She made sure we were aware that Proxmire, beginning in 1967, delivered a speech in support of the treaty every day that the Senate was in session. He even spoke on this topic during “pro-forma” meetings. By the time he had made more than 3,000 speeches (!) for its passage 19 years had elapsed. The turtle pacing in the chamber was due to concerns that American sovereignty might be undermined if passed. In the late 1980’s, however, the Senate finally saw at least some light and passed what was largely a symbolic measure, severely limiting the application of the treaty. Senator Proxmire spoke sincere and passionate words that day of passage.

Since the first time in January 1967 that Proxmire took to the Senate floor and urged passage of the treaty, there has been a long and brutal list of tyrants and dictators who have cared not about the human rights of their fellow citizens or wished to pay heed to the genocide convention.

We have all been dismayed with the lack of power and determination to hold tyrants accountable in too many cases where mass crimes were committed. Too often we have read the news accounts where powerful countries such as China and Russia have actually undermined the process of justice. So how then does the rest of the world proceed?

A prime example of what this looks like in application is with the murderous former president of Chile Augusto Pinochet. He was arrested in Britain at the request of a Spanish judge. He died in 2006 without having been convicted. But the entire world was given a powerful lesson in how the legal community could deal with gross violations of human rights. This process serves a role when the territorial state is unable or unwilling to conduct an effective investigation and trial.

While I never had the chance to meet or converse with Proxmire, I believe he should be best known for his continued push for passage of the treaty. That steely determination speaks to his core values that can then lead us to align his thinking to current events. There is no doubt Proxmire would concur with this process of universal jurisdiction as a complementary step to his decades-long mission.

When it comes to the Chinese policy of genocide against the Uyghurs there must be no wiggle room as it is essential to hold China accountable for its human rights abuses. Tying our trade policy to the human rights component of international affairs is a must. One reason is the ample proof that, as an example, the majority of Xinjiang’s cotton revolves around this ethnic minority group being severely abused for state gain.

Proxmire would surely argue that our entire interaction with China should be overlaid with concerns about their acts of genocide. Whether our nation engages China on climate control or man-made islands it must be clear that stopping genocide and holding those accountable are always hanging over the table of those assembled to talk. In a comparable example John Kerry, the special envoy for climate change, was spot-on when making it clear the United States would not trade other US interests to make progress on climate policy with China.

The issues that confront the world have morphed and become more complex since the days when Proxmire made those daily speeches about genocide. But the moral call concerning our duty to stop such behavior and hold accountable those who unleash such horror has not changed one iota.