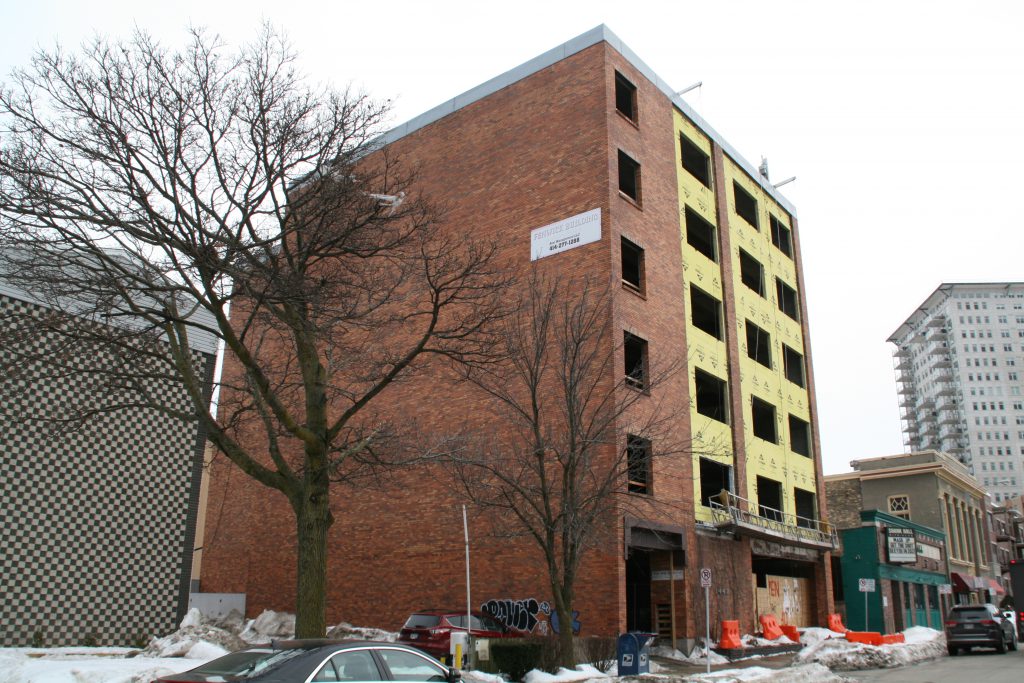 A new assisted living facility is taking shape on Milwaukee’s Lower East Side. But the building it will occupy has been there for decades.

The Fenwick Building opened in 1966 at 1442 N. Farwell Ave. as an office building. Now, after changing hands numerous times in the past three decades, it is becoming a 65-bed assisted living facility.

Plans for the $4.8 million redevelopment were first introduced in 2019. A rooftop amenity area is being added to the top of the 37,909-square-foot building. A kitchen and living room would be on the first floor.

Robert Chandler of Midwest Commercial Funding and Peter Ogden, president of Ogden & Co. are partnering on the project. Platinum Communities will operate the facility.

Before its conversion, the office space was mostly vacant. The city took possession of the building through property tax foreclosure in 2013 from Cass Stephens. Though his mortgage lender stepped in to pay the $137,220 in back taxes and reacquired the property in early 2014.

A limited liability company (LLC) affiliated with Chandler acquired the building in 2018 for $1.13 million according to city records. It was sold to an LLC affiliated with Ogden in December 2019 for $2.5 million.

Anderson Ashton is leading the project’s design and contracting.

Get a daily rundown of the top stories on Urban Milwaukee
The future residents are unlikely to visit the building’s two southern neighbors, but they might hear them. Shank Hall is located immediately south and, when not in a pandemic, hosts a variety of musical acts, mainly rock performers. Affiliated Medical Services is located in the next building south and draws what seems like a never-ending stream of anti-abortion protesters to its front door.

The building was originally developed by Emanuel S. Lozoff and designed by Miller & Waltz. He also developed the Fenwick Apartments, 1409 N. Prospect Ave., immediately east of the office building in 1963. The northernmost portion of the office building overhangs a driveway that leads to a parking garage between the two buildings. But Lozoff sold both after a series of foreclosures and a suspension of his real estate broker’s license.

One quirky feature of the office building, the concrete sunshade that protrudes from the western facade, is being removed as part of the redevelopment. “The west sun can kill you,” said Lozoff to the Milwaukee Journal in 1964. “This way we can avoid all but the direct rays of the sun.” Platinum will need to provide the new residents with a much cheaper alternative – blinds or shades. 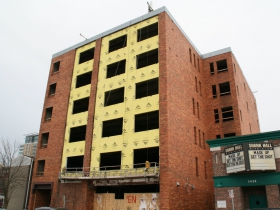 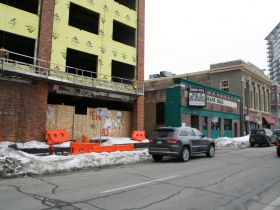 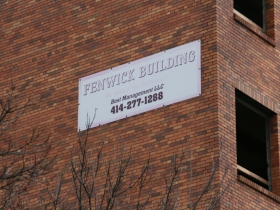 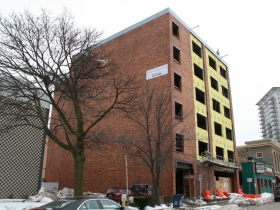 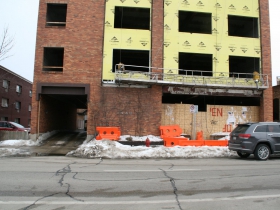 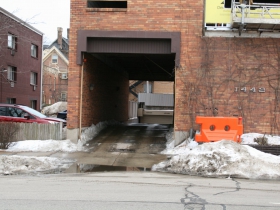