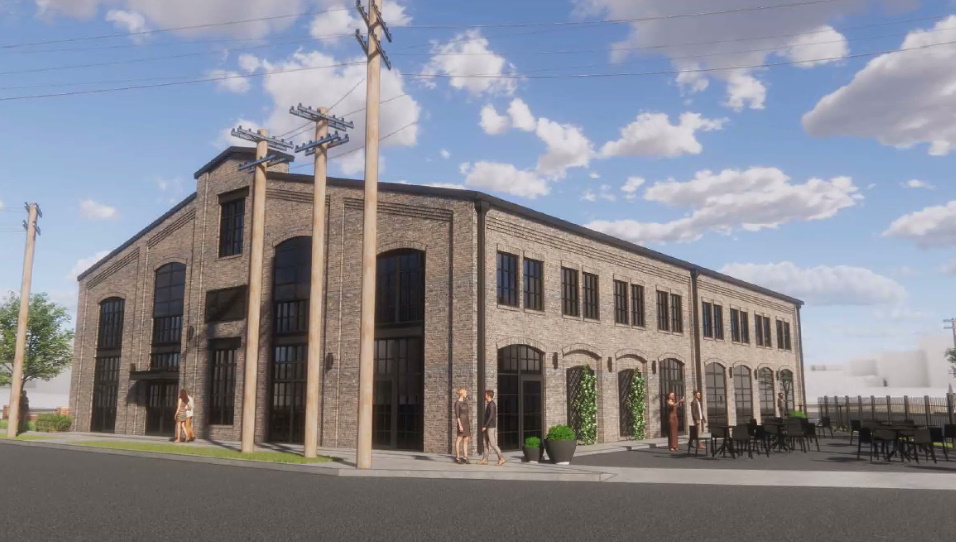 A new event venue, known as the Coach Yards, is proposed for a vacant lot at the south end of the Historic Third Ward.

The site, 100 N. Jefferson St., was most recently targeted for a three-story, 16,000-square-foot office building by developer Peter Renner.

In a February 2020 interview, Renner said that he would also develop a turn-key development on the site for another operator.

Now he’s found that operator in Black Swan Enterprises. He’ll sell the site to the firm.

Led by Peter Sheperd, the firm already has a sizable presence in the neighborhood. It operates three event venues.

The firm relocated to the neighborhood from Grafton in 2016, starting with a first-floor, riverfront venue in the base of the Renaissance on Water building, 301 S. Water St.

It’s since added two more venues, Plant No. 4 and the Bianco Room, in the Phoenix Building, 219 N. Milwaukee St.

“The reason we want to build our own building this time is to get a building that is more flexible,” said Shepherd at a Wednesday afternoon meeting of the Historic Third Ward Architectural Review Board.

He said the new building, with approximately 13,000 square feet of space, would contain a state-of-the-art air handling system and could be leased to other operators.

“Let’s face it, our spaces are not used seven days a week,” said Shepherd. “If we can help out with our building, we are happy to do it.” It would have a capacity of approximately 300 guests.

He said the market supports adding a fourth wedding venue in the neighborhood.

Shepherd said parking isn’t expected to be an issue.

“Believe it or not, we rarely see cars anymore,” said Shepherd. He said 20,000 guests visit their venues every year. “If you take a 250-person event, I would be shocked if you see 10 cars.”

“It’s unbelievable how that shift in dynamics has changed,” he said, noting guests park at hotels and arrive on foot or by shuttle.

Department of City Development planner Greg Patin said the firm could get around a zoning requirement for parking by having an agreement with a nearby lot or garage.

MSI is designing the building. “I think it really fits within the scale [of the neighborhood],” said project architect Andrea Hunley.

An affiliate of Black Swan would acquire the site from Renner. It’s currently part of a larger parcel he owns, addressed as 520 E. Summerfest Pl. He is planning to develop townhomes on the eastern portion.

“It’s an interesting and odd location because of the geometries,” said review board director Matt Jarosz.

The building’s name is a reference to the site’s historical use, the Chicago & North Western Railway coach yards serving the Lake Front Depot. Most of the former rail yard is now a parking lot owned by the Italian Community Center.

The Coach Yards building would sit on a seven-sided site that was the southern, curved entryway to the railroad yard. The street grid bends, reflecting the former rail line. The southern tip on the uniquely-shaped site would be a patio with overhead doors that connect it with the venue.

“You would see this from a lot of points in the ward, so we would want to make sure the detailed points are done properly,” said Jarosz.

“It does look like an industrial building from the late 1800s,” said Patin. “In this location I am comfortable with it.”

Board member Michael DeMichele said he wasn’t a fan of the number of historical references in the new building. “It’s somewhat rural,” he said of the design, noting that the gabled roof is prohibited in the district’s design standards. He said a more appropriate approach would be to follow design standards found in the Milwaukee Public Market building. “A modern building is better than a historical reference building.”

Architect and board James Piwoni, who created the guidelines, was not present at the meeting.

Shepherd said the design concept reflects what the market is demanding. Black Swan hopes to open the facility in 2022.

The board held any action on the proposal pending further discussions, revisions and a meeting next month.

“I think that there can be improvements or changes to this thing that will help,” said Jarosz. 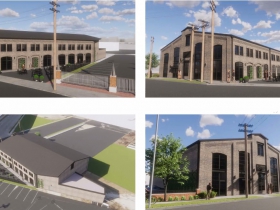 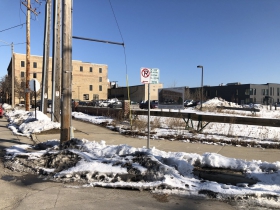 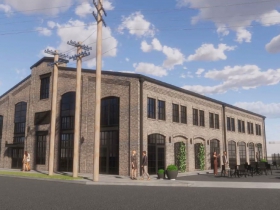 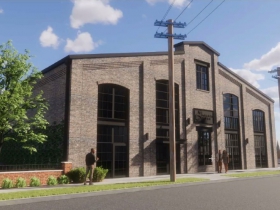 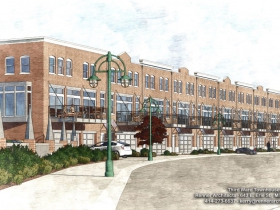