The banquet hall on the Milwaukee River will move from Grafton to the Third Ward. 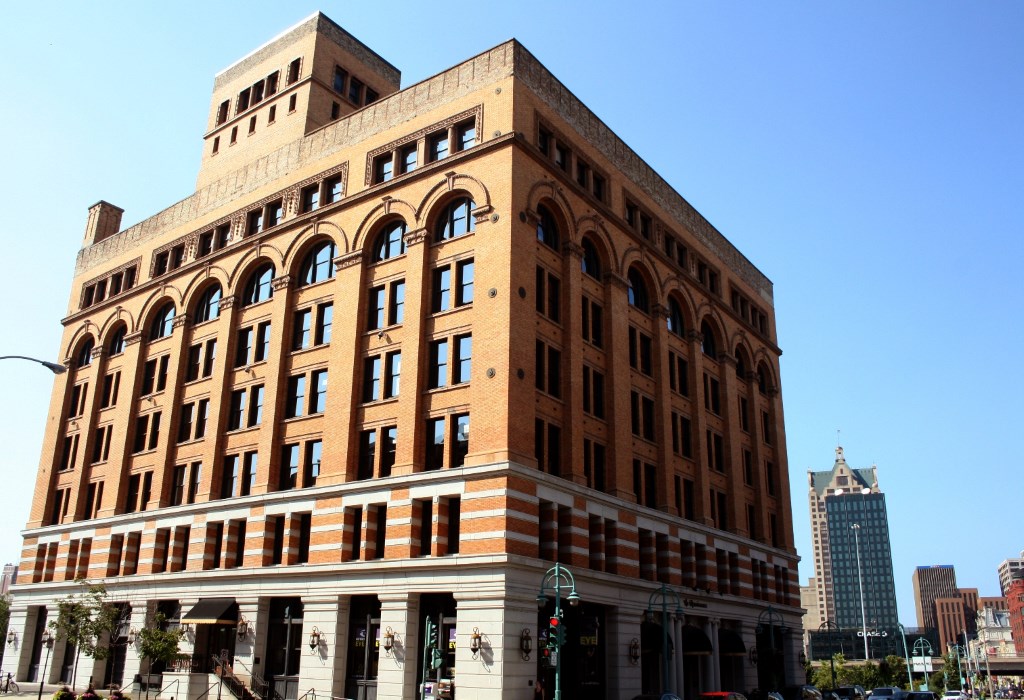 If you have delayed your wedding plans until such time as a suitable riverside banquet hall could be found in the Third Ward, it’s now time for you to either find another excuse or pop the question, for the Black Swan is on its way to 301 N. Water St.

The Black Swan Banquet Hall opened in 2008 in Grafton in a building alongside the banks of the Milwaukee River, adjacent to a branch of the  Milwaukee Ale House. That location will close after the business moves to the Third Ward, in the basement of the Renaissance on Water, according to Black Swan’s owner Peter Sheperd, who will operate it with his son Stephen Sheperd. They expect to open at this location in September.

The facility will occupy much of the basement of the Renaissance on Water, which was constructed for the Goll and Frank wholesale firm in 1896. The seven-story building is one of the largest structures in the Third Ward, with 132,480 square feet of space. The building has been substantially remodeled over the years, but the basement area, with 9,427 square feet, has been unfinished up to this time.

Sheperd has since painted the floors and walls in the space in black, all the better to contrast with the white dress of the bride. Crystal chandeliers hang from the ceiling in the space, which is held up by massive cedar columns some 22 inches square, with proportional cedar beams. A door to the west opens to a patio area which is itself connected to the riverwalk with its own little bridge. For those who might feel some nostalgia for the old location in Grafton, it is heartening to know that the original Milwaukee Ale House is just a few steps downstream along the riverwalk.

The patio will be landscaped with a poured-cement patio, and will be planted with grape vines, giving the place a California touch. “A vineyard guy from Cascade Wisconsin,” Sheperd tells me, will tend to the crops, which will grow on a pergola to be constructed on the site.  The build out required the addition of some mechanical equipment outside the building, which has been screened. A big expense was the installation of a good hot water system for the banquet hall. The building itself is heated by steam, which doesn’t run in the summer.

The facility will operate as an “open catering” facility, meaning you can choose from a list of approved caterers, which should be more abundant in Milwaukee than in Grafton. A bar has been built in the southeast corner of the hall. As in the Grafton location, hosts may bring liquor for their guests, but may not sell it. The hall will join a limited number of other such facilities in the Third Ward, including the Milwaukee Public Market, and the newly opened Kimpton Hotel. 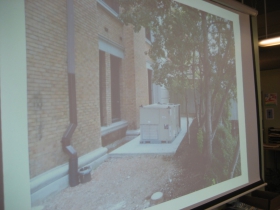 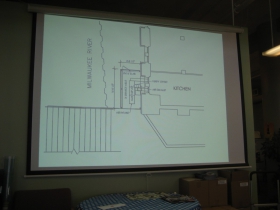 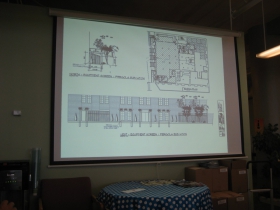