Temperatures not cold enough for safe access this winter.

By Danielle Kaeding, Wisconsin Public Radio - Feb 21st, 2021 09:47 am
Get a daily rundown of the top stories on Urban Milwaukee 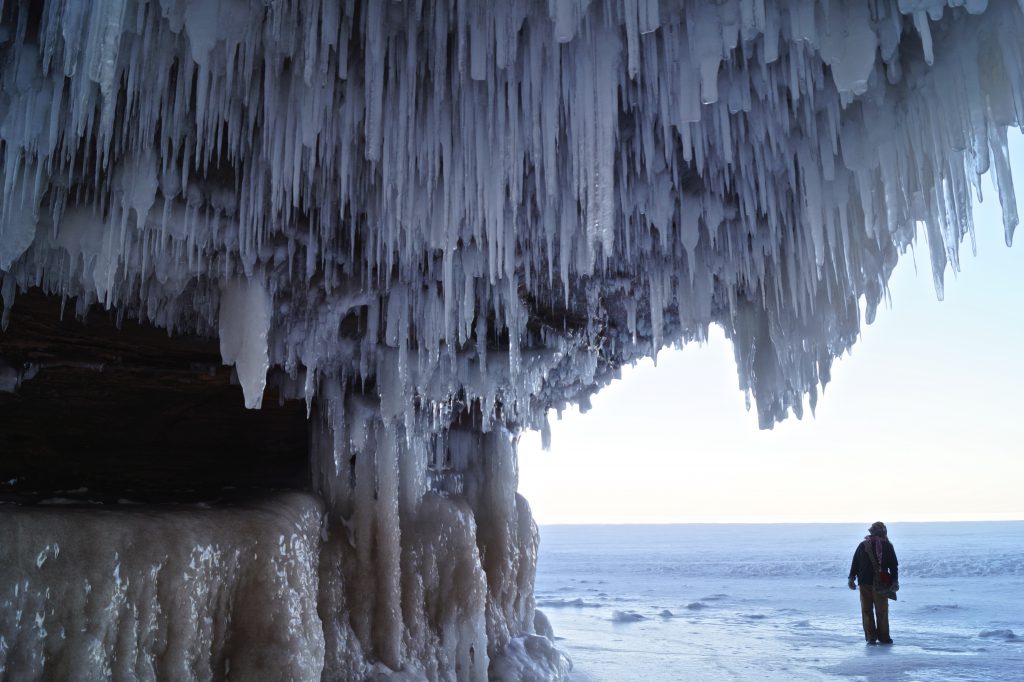 Wisconsin and the rest of the nation have endured frigid temperatures in recent weeks, but officials with the Apostle Islands National Lakeshore say it won’t be enough for the ice caves to form on Lake Superior this winter. The park announced the ice caves would remain closed for the remainder of the season on Thursday.

The ice caves drew international fame to the far corner of northern Wisconsin in 2014 when around 138,000 people visited the Apostle Islands for a glimpse of what one park official dubbed a “fairyland” of ice formations.

Millions of people nationwide have hunkered down during frigid temperatures that have crippled the electrical grid in Texas, leaving many without power for days. The park has been getting a lot of calls and interest from people wanting to view the ice caves as temperatures have plunged recently, according to Julie Van Stappen, chief of resource management for the Apostle Islands National Lakeshore.

“People get really excited about it obviously, but what people don’t realize is that it takes a lot of time for that ice to go in and there are different qualities of ice,” said Van Stappen.

Ice cover on the Great Lakes had reached near-record lows in January, which had the second-lowest level for the month since record-keeping began nearly 50 years ago. Ice cover on Lake Superior reached 44 percent this week due to sub-zero temperatures, according to NOAA’s Great Lakes Environmental Research Lab.

But, Stappen and other park officials warn that any ice that’s formed near the caves is unstable and appears to be moving around Bark Bay. 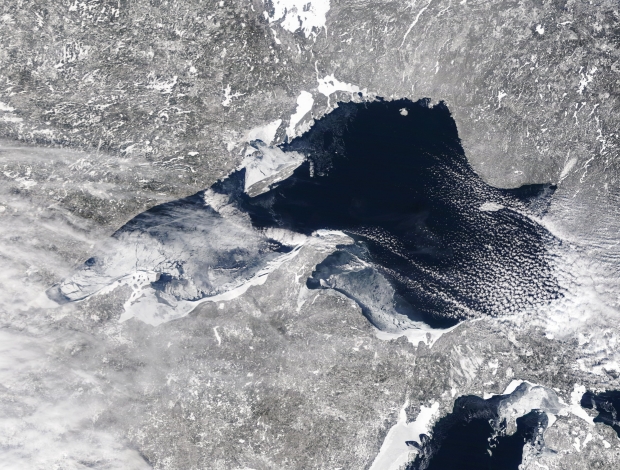 “Current conditions are different from the ice cave conditions of 2014, when over 95 percent of Lake Superior was covered in ice,” said park superintendent Lynne Dominy in a statement. “The current ice shelf formed over the past two weeks from blown in chunks of ice, subject to movement by winds and fracturing by Lake Superior waves. Under these conditions, changes in wind direction and waves can cause this ice shelf to blow in one day and be gone the next.”

Ice cover has dropped on the lake and park officials warn that temperatures are rising, saying it’s unlikely people will be able to access the caves this year.

People may have been disregarding the closure, said Van Stappen, but she’s unaware of any incidents where park staff have had to respond. She noted the ice is so rough and unstable that rescue teams wouldn’t be able to access the area using snowmobiles.

“That’s why we’re hoping people respect the closure for their own safety,” she said.

The ice caves haven’t been solid enough for the public to access since 2015 when they were open for just 10 days before closing for the season. Around 36,000 people visited during the 10-day stint.

Such crowds would also not be in line with recommendations from local and federal public health officials to avoid mass gatherings during the COVID-19 pandemic, said Dominy.

“Past ice cave events attracted thousands of visitors, with peak days of 14,000 people. Roadways, bathrooms, EMT trailers, parking, stairways and the ice caves can become extremely congested and not allow for social distancing,” she said. “The ice caves at Apostle Island National Lakeshore will remain closed for the 2021 season.”

It’s Cold, But Not That Cold: Apostle Islands Ice Caves Will Not Open This Winter was originally published by Wisconsin Public Radio.