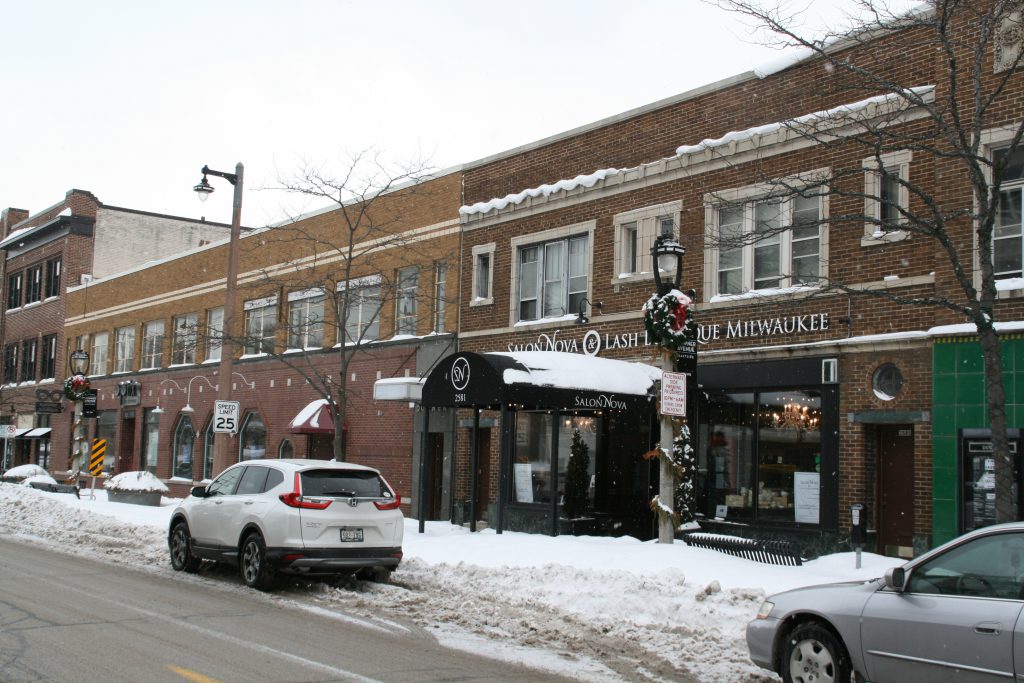 The new owners of most of the Downer Avenue commercial corridor submitted plans to the city to convert a portion of one of the buildings to apartments.

As part of its new plan, Bridge33 would redevelop the second story of the two-story building between the Downer Theatre and Boswell Books into 13 apartments.

Addressed as 2577 N. Downer Ave., the space was most recently home to DeWan Dental Wellness. The Chancery restaurant was located on the first floor.

The apartments are being designed by Patera. Merchants Plat Builders will serve as the general contractor according to a building permit filed with the city.

The building, constructed in 1936, is locally historically protected as part of the North Downer Avenue Commercial District. But only exterior modifications require Historic Preservation Commission approval. Bridge33 could change the interior, and as long as the windows are untouched a special certificate of appropriateness wouldn’t be needed.

“Designed in a vaguely International Style of architecture, this was the last historic structure built within the district. The stark simplicity of the two-story brick block was a contrast to the period revival and Art Deco style commercial buildings that were built in the city during the 1930s. The street level storefronts have been remodeled, but the second story retains its original fenestration, a glazed brick string course and a limestone coping that tops off the parapet wall,” wrote the late Paul Jakubovich of the building in his 2001 report that established the district.

A decade ago a more controversial change for the building was planned by Joel Lee and New Land Enterprises. The structure was to gain up to nine floors as part of a residential condominium development. A revised plan had it becoming a hotel. Neither advanced.

While Bridge33 bought much of the district, there are two key pieces they do not own. The upper floors of the building at the corner of E. Webster Pl. and N. Downer Ave are owned by a company affiliated with Lee. In 2015, the real estate investor’s Van Buren Management firm relinquished control of the properties Bridge33 ultimately acquired in a foreclosure action.

Bridge33 also doesn’t own the parking garage on the east side of the street, a legacy of New Land and Lee’s earlier ambitions.

The smaller properties occupied by CVS, Nehring’s Sendik’s on Downer grocery store and Downer True Value Hardware are also owned by other investors.

Just north of the commercial corridor, Bridge33 is also pursuing a small apartment building to replace the fire-damaged structure at 2604 E. Park Pl. 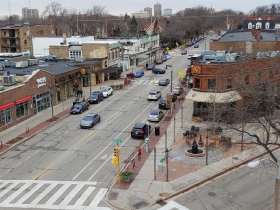 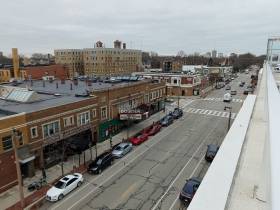 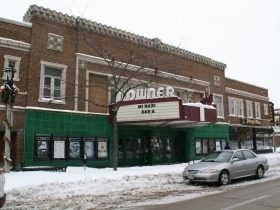 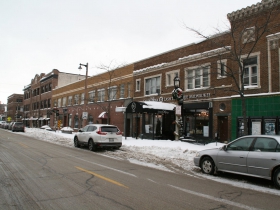 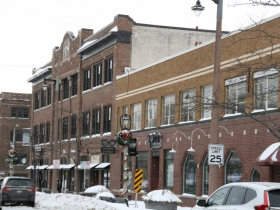 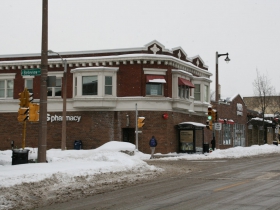