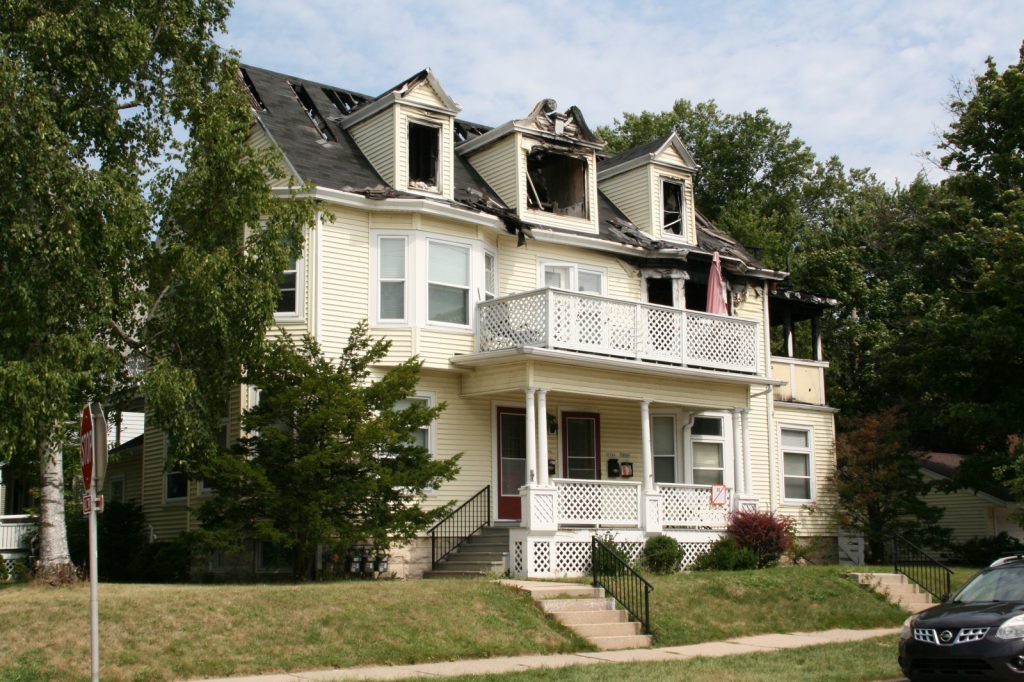 The new owner of much of the N. Downer Ave. commercial corridor is looking to replace a vacant, fire-damaged home just north of its holdings.

An affiliate of Seattle-based Bridge33 Capital acquired the buildings at 2551-2597 N. Downer Ave. and 2608-2650 N. Downer Ave. in early April for $11.25 million. The addresses for these properties include buildings occupied by the Downer Theatre, Boswell Book Company, Cafe Hollander, Starbucks, Stone Creek Coffee and Pizza Man.

Now it aims to expands its holdings northward.

Bridge33 Capital proposes to buy the building at 2604 E. Park Pl. and make a $1 million investment in redeveloping the property.

The three-unit structure and its tenants suffered approximately $1.1 million in fire damage on Aug. 31st when a transient tenant set fire to the building and attacked the owner. The property was assessed for $395,000 at the time of the fire. The building has sat in its fire-damaged state on the corner of Park and Downer while the felony arson case is still pending before the Milwaukee County Circuit Court. A “plea/sentencing hearing” is scheduled for October 6th.

Bridge33’s proposal needs approval from the city’s Board of Zoning Appeals because the company says the current configuration is not economically viable to rebuild. The firm is seeking to add a fourth unit, one more than the zoning code permits by right. “Due to fire damage, the existing structure could not be preserved. In light of cost and labor inflation building a 3-unit replacement is non-economical,” wrote the company in a zoning code appeal filing.

“Our plan is to maintain the property’s use in the same form and function as it has been operating a multi-unit townhouse,” wrote the company. “Further, in an attempt to satisfy Greg Patin‘s requests to build an architecturally significant aesthetic, we require setback variances to create porches, stairs and other design elements.”

Who is Greg Patin and why does he get a say? Patin serves as the planning and development manager for the Department of City Development. The plans submitted by the firm show many ways the DCD design review team has influenced the proposed building’s design from revising the location of a walkway to connect with the sidewalk, not a driveway, to aligning facade elements.

Each of the units would be two stories with two bedrooms with approximately 1,200 to 1,400 square feet of living space.

The building would have eight parking spots underneath the structure, accessed via N. Downer Ave. The submitted plans do not identify the architect.

City records indicate the existing structure was built in 1895. The building is currently owned by Downer Avenue LLC. 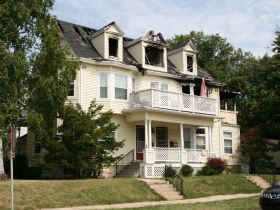 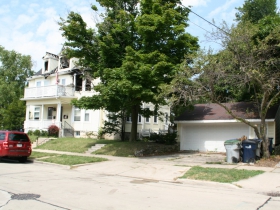 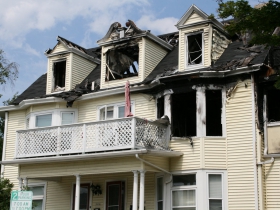 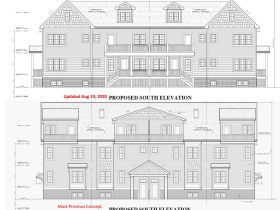 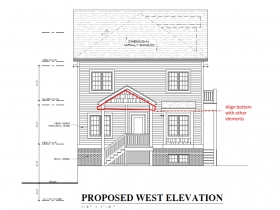 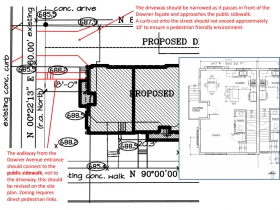