The testing total is filtered to only include individuals who were tested for the first time or have been tested previously but are receiving their first positive diagnosis.

That filtering is now causing an issue in the data. Because at least half of Wisconsin residents have been tested at least once, the state is no longer reporting out the positive case rate figure (we calculate it ourselves using DHS’ reported figures). It is now reporting the percent positive of all tests processed that day. Labs across the state have processed a combined total of more than 10,000 tests per day for months now.

That new figure will be lower because of people tested regularly because of employment requirements or other circumstances.

We will, for the time being at least, continue to calculate the figure using the same method we previously did.

Officials have looked for the positive case rate to trend downward to indicate a slowing spread of disease and sufficient testing.

The Wisconsin Hospital Association reported that 411 people were actively hospitalized with a confirmed case of the disease, a decrease of one from a day prior and 114 from a week ago. Thirty days ago the total was 853.

The state reported 82 people were newly hospitalized in the past 24 hours in its daily data release. A total of 25,422 people have required hospitalization since the outbreak began, 401 in the past week.

DHS reported 38 new deaths. A total of 6,204 Wisconsin residents have died as a result of the virus, including 1,188 in Milwaukee County. 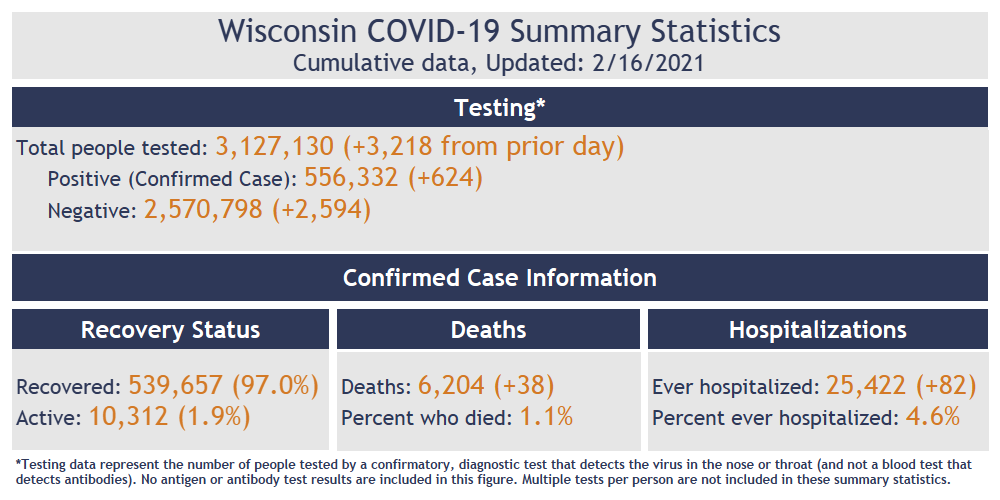 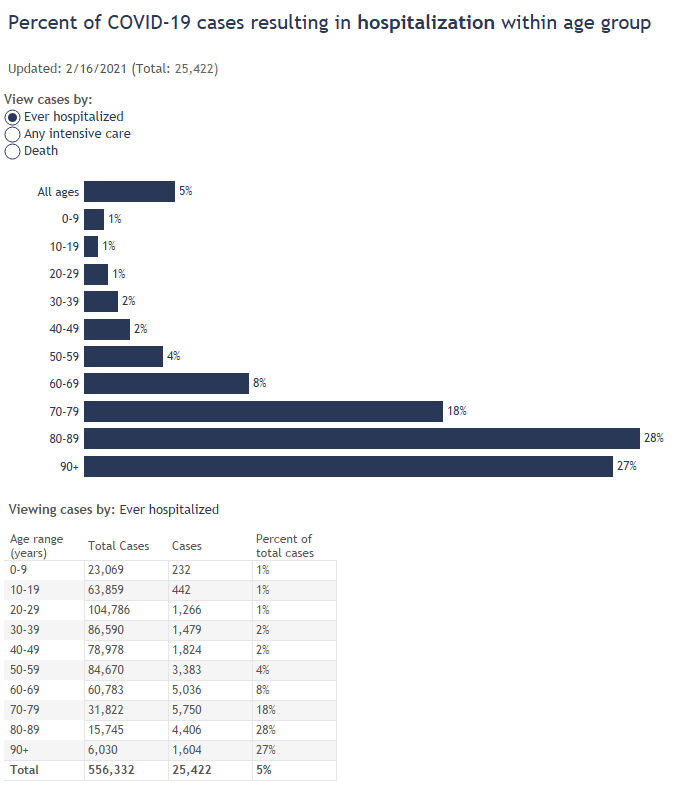