Wisconsin Would Use Marijuana Legalization to Pay For Education, Equity

Evers will include proposal in his upcoming executive budget. 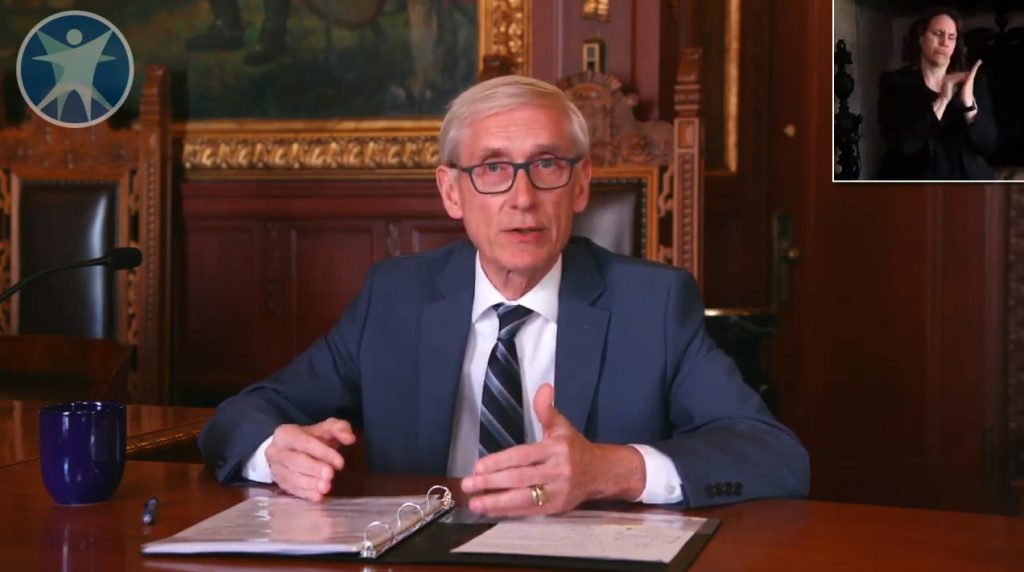 Governor Tony Evers addresses the media on April 16th. Image from the Department of Health Services.

Governor Tony Evers announced Sunday morning that his 2021-2023 budget proposal would include a proposal to legalize marijuana.

The biennial Wisconsin budget often is used as a major policy document for the state.

“Legalizing and taxing marijuana in Wisconsin—just like we do already with alcohol—ensures a controlled market and safe product are available for both recreational and medicinal users and can open the door for countless opportunities for us to reinvest in our communities and create a more equitable state,” said Evers in a statement announcing his proposal.

The governor’s budget will set $80 million aside for local investment through a new community reinvestment fund. Of that, $34 million would go to rural school districts, $30 million for equity grants and $5 million towards grants to underserved communities.

The remaining funding would go to the state’s general fund.

Wisconsin would become the 16th state to legalize marijuana. The existing states that have legalized marijuana include neighboring Michigan and Illinois. Medicinal uses are legalized in 36 states.

Get a daily rundown of the top stories on Urban Milwaukee
Evers cited a Marquette University poll that showed 60% of Wisconsin residents back full legalization and 83% back medical marijuana legalization.

“Frankly, red and blue states across the country have moved forward with legalization and there is no reason Wisconsin should be left behind when we know it’s supported by a majority of Wisconsinites,” said the governor.

The full budget is expected to be released in the coming weeks. The Republican-controlled Legislature will then take up the document, with adoption likely for the summer.

But the marijuana proposal faces an uphill climb to be included in the approved budget.

Marijuana would be regulated much like alcohol according to Evers’ announcement. Retailers would be required to have a permit from the Department of Revenue. No mention is made of any locally-controlled permitting.

There would be limits on possession and production. Wisconsin residents would have a two-ounce possession limit, a total that drops to 0.25 ounces for nonresidents. Marijuana processors would be required to only use marijuana grown in the state.