Foxconn Sued for Breach of Contract

By Corri Hess, Wisconsin Public Radio - Feb 4th, 2021 10:22 am
Get a daily rundown of the top stories on Urban Milwaukee 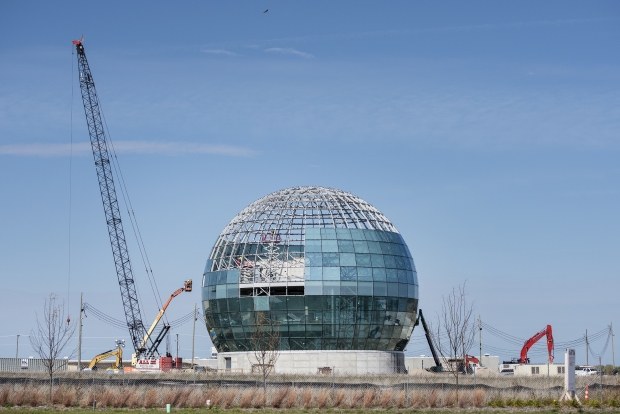 Three years after committing to build a state-of-the-art manufacturing facility and create 13,000 jobs in Wisconsin that have still yet to materialize, Taiwanese tech company Foxconn is being sued by a real estate company for failing to deliver on its promises.

The lawsuit, filed in Racine County Circuit Court by Daniel Hintz, and Hintz Real Estate Development Co., also names Racine County and the Village of Mount Pleasant, which has spent millions of dollars on upfront investments, including infrastructure and land acquisition for the project since 2017.

Foxconn originally proposed a “Gen 10.5” facility that would manufacture the latest high-tech LCD monitors in Mount Pleasant. In return, the state’s GOP leaders signed a $3 billion tax incentive deal based on job creation.

Foxconn has changed its plans several times, and has not been clear about what it is building or how many people it will employ. Because of this, the state has asked the company to renegotiate its contract.

The new lawsuit alleges Foxconn “caused the municipalities and their citizens to lose the expected benefits of the promised development … an amount measured in the billions of dollars,” according to the complaint.

Hintz, of Caledonia, is demanding a jury trial. The suit is seeking damages that include $200 million for land acquisition; $185 million for the development of water and sewer lines and $12 million for roads to be paid by Foxconn to the municipalities.

Foxconn representatives could not immediately be reached for comment Wednesday night.

In a joint statement, leaders from the Village of Mount Pleasant and Racine County said Foxconn Technology Group “continues to fulfill all of its financial obligations under the local development agreement and is already the largest taxpayer” in both municipalities.

“The Village and County have experienced significant benefits from Foxconn’s development in our community — including the more than $750 million the company has already invested here. We remain confident that the strong protections in the development agreement put in place by local officials will fully protect the taxpayers of Mount Pleasant and Racine County,” the statement says.

Hintz’s family owns about 430 acres of land in Caledonia adjacent to the Foxconn site. In a 2017 interview, he said he was hoping Foxconn’s success would dramatically increase the value of his property.

So far, Foxconn has built three structures in Mount Pleasant. A 120,000-square-foot storage facility was built in 2018. Last year, a 1 million-square-foot building intended for manufacturing was built, but will be used for storage, according to a memo written in October by Joel Brennan, secretary with the Department of Administration.

Now, a globe-shaped structure is under construction at the site, which the company says will house a network operations center. During a Milwaukee Press Club event on Jan. 12, Missy Hughes, secretary and CEO of the Wisconsin Economic Development Corp., said she didn’t know what that building was being used for.

Members of the group, A Better Mt. Pleasant, said the Gen 10.5 factory originally promised by Foxconn would have required 10,000 construction workers for several years and employed thousands more once it opened.

“Foxconn’s disappointing efforts netted a total of 281 jobs in 2019, far less than their goal of 2,080 full-time jobs,” the group said in a press release. “It is unlikely that Foxconn will ever employ more than 1,500 full-time employees, which will be relegated mainly to low-level assembly work. A far cry from a technology hub that was promised to be the ‘eighth wonder of the world.'”

One thought on “Foxconn Sued for Breach of Contract”