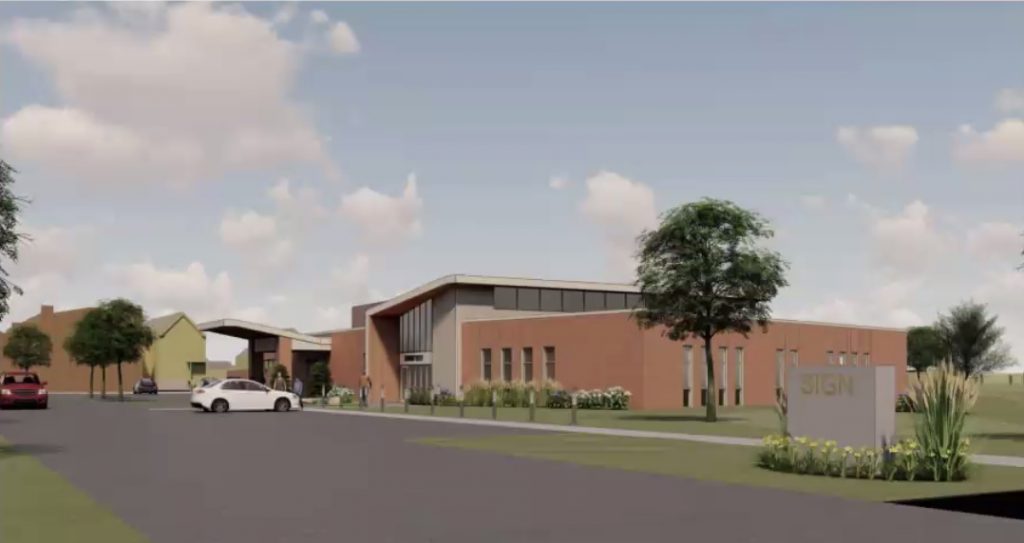 The Milwaukee County Board has begun reviewing the county’s plan for a new Mental Health Emergency Center.

The center would be a joint venture between the county’s Behavioral Health Division (BHD) and four health care providers operating in the area: Ascension Wisconsin, Advocate Aurora Health, Froedtert Health and Children’s Wisconsin.

The $12 million, 12,000-square-foot facility would be built on county-owned land at the intersection of N. 12th St. and N. 12th Ln. just south of W. Fond du Lac Ave. The larger site is currently a parking lot for the Marcia P. Coggs Human Services Center.

The county is in the process of closing the Milwaukee County Mental Health Complex at 9201 N. Watertown Plank Rd. in Wauwatosa, having contracted with private providers for inpatient care, and that facility is the site of the county’s current mental health emergency center called Psychiatric Crisis Services.

One of the major benefits of the new facility for county residents would be its location. In a report to the board’s Finance Committee, Shakita LaGrant-McClain, director of the Department of Health and Human Services (DHHS), said 93% of patients served by BHD come from Milwaukee and 70% of those patients come from 10 ZIP codes adjacent to, or near the new location.

The facility supports a number of county policies and policy goals, explained LaGrant-McClain. The county has committed itself to racial equity and becoming the healthiest county in Wisconsin by achieving racial equity. The new location is better positioned to provide mental health care and other services for the county’s Black residents, the majority of whom live in the city.

It also folds neatly into the county’s efforts to build out its services in a more decentralized manner — what is called the community-based continuum of care. It would increase access to other county services as well, by becoming another point of contact in the DHHS No Wrong Door service model, which makes sure that residents in need can access or are put in touch with a variety of county services regardless of where they initially come in contact with the system.

“They may come for mental health needs that they may have, but how do we get them connected to transportation, or caregiver support, or housing or case management services?” asked LaGrant-McClain, describing the idea behind the No Wrong Door model.

The “single greatest challenge and the single greatest concern” that BHD has with its current mental health emergency unit, explained Mike Lappen, BHD administrator, is that it is located so far away from the people that need it the most. “We believe this center absolutely addresses healthcare disparity,” he said, with better access to mental health care and substance abuse disorder services.

The new center, Lappen said, will move the county towards a “healthier community, which is the vision, and of course racial equity is a huge part of this decision.”

The facility’s operations will be designed and intended to serve all county residents, regardless of their ability to pay for healthcare, said Matt Fortman, DHHS fiscal administrator. “But we’ll really tailor towards the lower income, higher needs, potentially chronically mentally ill population.”

The county’s emergency mental healthcare unit already operates at an annual deficit. The partnership with the healthcare systems means they will split the operational deficit with the county — the private entities pay 50% and the county pays 50%.

Now the board has to review and vote on how the county will pay for its portion of the capital costs.

Scott Manske, Milwaukee County Comptroller, worked with BHD to present the board with two options. One would have the county issue regular general obligation bonds and the other would be for the county to guarantee a private loan. The first option is likely the cheapest option because of the county’s ability to borrow at low interest rates, Manske said.

Sup. Sequanna Taylor, wondered about the certainty behind the $12 million figure for development, noting that county-run developments sometimes cost more than the original sticker price, “and before you know it they’re back in front of finance telling us about ‘more money is needed, because of different situations that happened.’”

Taylor also asked whether BHD had looked at other locations. Though she still expressed support for the project and said the site was a “prime location.”

The board will likely vote on the financing in March. Administrator Lappen said this was brought before them at this time because the partners would need to break ground on construction within the next “six months or so.”

A virtual neighborhood meeting on the project was held on January 21st. 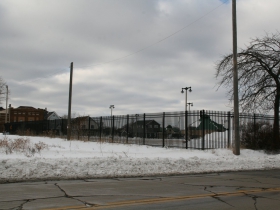 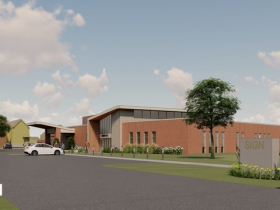