MCTS has a website and a hotline to help passengers understand the rollout of MCTS NEXT. 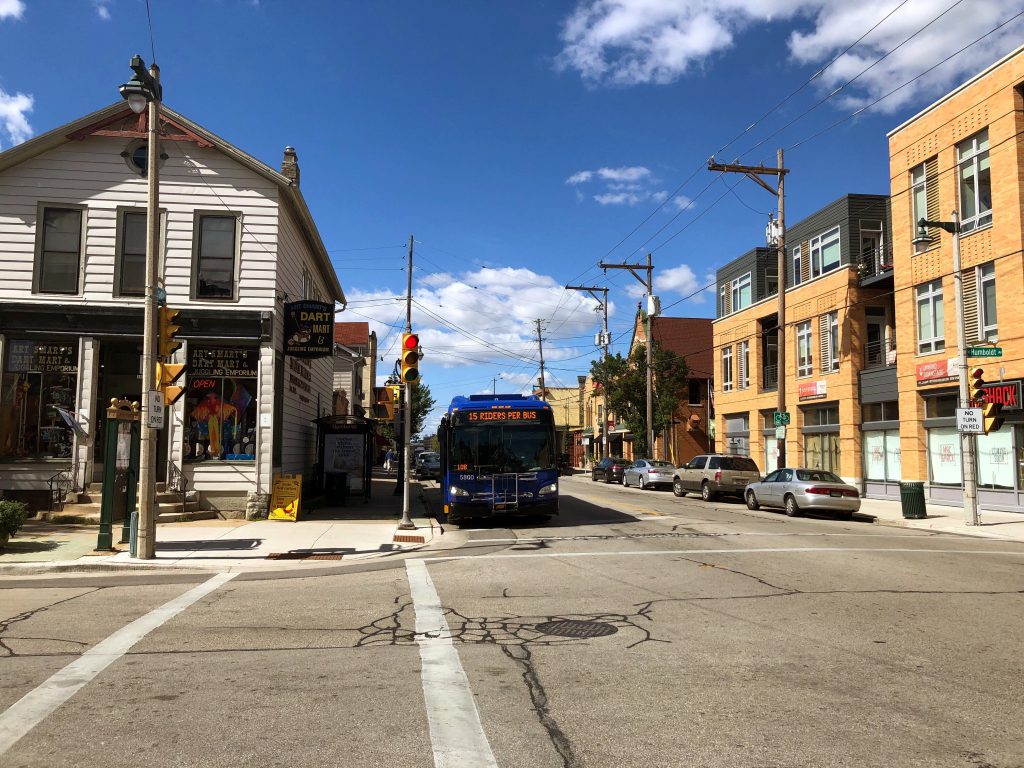 There will be changes to 10 routes that go into effect Sunday, March 7th. The transit system developed a MCTS Next website with maps and route descriptions and hotline (414-344-6711) for passengers to help them navigate any changes to the bus routes and stops they use.

MCTS NEXT is a reconfiguration of the transit system aimed at reducing travel times and increasing bus frequency along a number of routes. The transit system started planning the new system two years ago and received approval in 2020 from the Milwaukee County Board of Supervisors to go ahead with implementation.

The changes are intended to increase frequency on key corridors, making for easier transfers and more reliable service. The change would result in 60% of the routes becoming high-frequency routes. On these high frequency routes, buses will come every 15 minutes or less. Currently the system has 10 high frequency lines, under the new system it will have 16.

The plan is cost-neutral to county taxpayers and bus passengers. So existing bus service is being pulled from some routes around the county, which transit planners found to be lightly used. There are no routes being entirely eliminated, but a number of low-ridership segments will be eliminated. Other routes are shifting to daytime only service where current evening ridership is low.

To shorten travel times, the system is eliminating bus stops along routes to make the space between stops more evenly spaced. The new design will allow 85% of riders to continue using the bus stop they already use, according to the transit system. Fifteen percent of riders will have to walk an extra one to two blocks to reach a stop.

The route changes coming March 7th are as follows:

Routes 51 and 35: Route 51 becomes a high-frequency route with buses every 15 minutes on weekdays from 6 a.m. to 6 p.m. Route 35 will also be a new high frequency route that is extended south along W. Loomis Rd. and W. Layton Ave. to S. 60th Street.

Routes 19 and 20: Route 19 will become a high-frequency route, but will also be re-routed through Downtown via N. 6th St., dropping service along N. 2nd St. and N. Plankinton Ave. It will still run down S. 13th St. Route 20 is a new route that will run most of its service down S. 20th Street. But the full route will go from W. National Ave. and S. 2nd St. down to W. College Ave. with a small spur at the end stopping at the Walmart in Franklin.

Routes 15, 52, 63 and 68: Route 15 is becoming a high-frequency route, but it will no longer run all the way to Bayshore Town Center and will instead stop at W. Capitol Drive. A new service, Route 68, will run from Capitol to Bayshore along N. Port Washington Rd. with daytime service from 6 a.m. to 8 p.m. from Capitol Drive to Brown Deer Road. Route 63, which used to serve Port Washington Rd., will still run to Bayshore, but will end there under the new configuration. Route 52 is also becoming a daytime route, due to low evening ridership.

Routes 31 and 33: Route 31 will run east and west along W. Highland Blvd. and W. State St. and Watertown Plank Road connecting downtown to Mayfair Mall. Route 33, which runs along W. Juneau Ave., W. Vliet St. and Milwaukee Ave. will have an extension that runs north and south along Glenview Ave. and S. 84th St.