Diane Hendricks, the Beloit billionaire who donates heavily to Republican causes and candidates across the country, contributed $2,800 to the primary campaign of Georgia Rep. Marjorie Taylor Greene, according to campaign finance records.

Greene, a QAnon believer who was elected to her first term last year, has been the subject of multiple controversies in the last week. 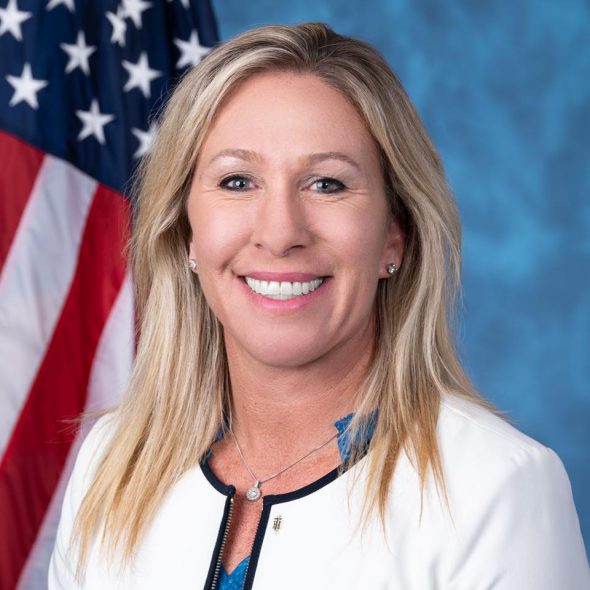 News outlets have combed through Greene’s social media history, finding support for the execution of prominent Democrats like former Secretary of State Hillary Clinton, Speaker Nancy Pelosi and President Barack Obama; the belief that 9/11 was an inside job and the spread of conspiracy theories that school shootings were “false flags,” to force Americans into accepting gun control measures. A recently uncovered YouTube video shows Greene harassing David Hogg, a survivor of the 2017 Marjory Stoneman Douglas High School shooting and gun-control activist.

Sachin Chheda, a Democratic strategist in Wisconsin, says that billionaires supporting and normalizing the fringes of the Republican party’s right wing extremes has a harmful effect on democracy.

“We’ve reached a crisis point in American politics, every red line we thought existed about what was acceptable or unacceptable in public discourse is being violated,” Chheda says. “This woman, who is now a member of congress, called for the execution of the speaker of the house. That goes too far for a member of congress. The idea these mega-wealthy donors from around the country are basically turning the Republican party over to the fringes, not only damages the Republican party but damages the country.”

In March 2020, Hendricks donated $2,800 to Greene’s primary campaign. The donation was one of hundreds the billionaire made in the 2020 election cycle totaling millions of dollars. Hendricks is deeply involved in Wisconsin Republican politics, she’s donated to major GOP officials in the state and encouraged former Gov. Scott Walker to enact Act 10 — the controversial law that weakened the state’s public sector unions.

Hendricks, the owner of ABC Supply, did not respond to a request for comment sent through her company, Hendricks Holding.

The Georgia Recorder reported that many of Greene’s largest donors have stuck by her as she’s drawn consistent criticism for her extreme views.

Five other Wisconsinites have also donated to Greene’s campaign or a political action committee associated with her. While most were small donors, Martin Gallun, CEO of a Mayville-based manufacturing company, donated $1,000 to Greene’s Stop Socialism Now PAC in December. Gallun — though not as prolific as Hendricks — spent thousands of dollars giving to Republicans in the 2020 campaign cycle.

Gallun did not respond to a request for comment.

One thought on “Wisconsin Billionaire Donated to QAnon Congresswoman”