Cooperative model to serve community. You can donate and help the cause. 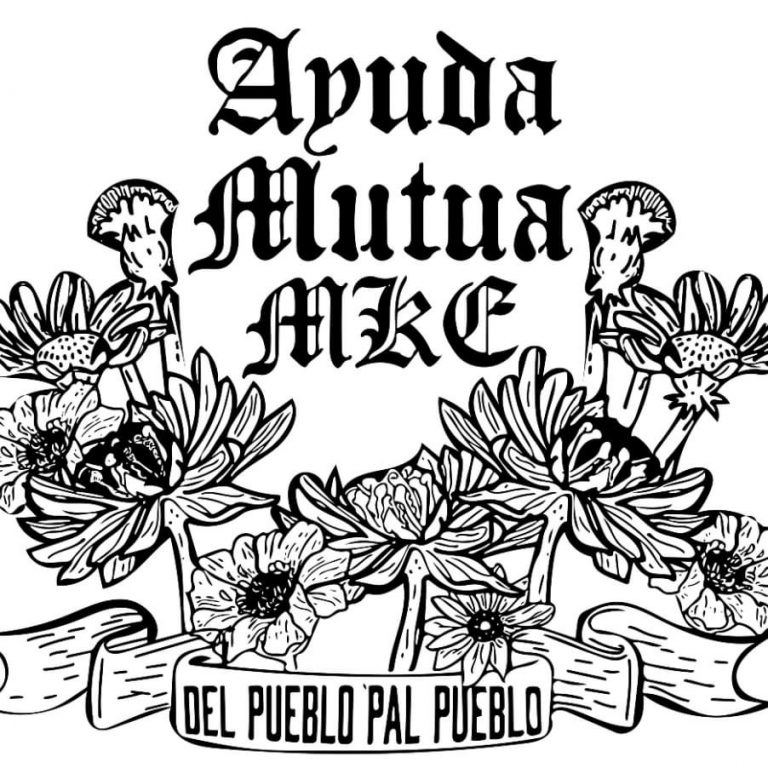 Since the beginning of the pandemic, a number of mutual aid groups have surfaced in Milwaukee. One of them is Ayuda Mutua MKE, whose name means simply “Mutual Aid.” The group started small, offering drive-up services out of what was once the school portion of a building on Milwaukee’s South Side. The group was started by like-minded individuals who saw the need for a food pantry to assist those affected by COVID-19.

Ayuda Mutua MKE is now operating out of Bounce Milwaukee (2801 S. 5th Ct.), a larger space that enables the program to serve higher volumes of traffic than at the previous location. Most of the people that acquire assistance at Ayuda are Latinx or Spanish speaking, and members of the collective also speak Spanish. They have been serving the community since March 2020 and show no signs of slowing. Saturdays are the only day of the week when food, toiletries, and diapers are dispensed to the community, when as many as 300 or more people can be served. The operation relies entirely on volunteers.

The all-volunteer collective has many plans for the future. Recently it began restructuring its workflow and has added comités that will focus on specific branches of their work. One committee is focused on food sourcing and sustainability, which has begun strategizing around gaining land access as well as forming relationships with local Black, Indigenous and people of color (BIPOC) farmers and growers.

Ayuda’s leaders are looking to purchase as much as they can from local BIPOC farmers and growers. Long term the dream is for the group to have its own farm where it can grow food.

The collective will be releasing a campaign in the coming weeks focused entirely on this effort of stewarding land. Securing a permanent space on Milwaukee’s South Side to house their mutual aid work is also a priority.

It’s become obvious that during the pandemic assistance from the government has been minimal, and undocumented families in the city have felt the lack of it even more than U.S. citizens. Mutual aid has formed organically to help these people particularly, at least in providing basic necessities. Donations have come from various groups and stores in southeastern Wisconsin, on which Ayuda relies solely. A network is being created where donors can provide any number of products or food. Donations are accepted on a one-time or more consistent basis, and drop-offs can be made on Fridays from 3:30 to 4:30 p.m.

Recently, the collective started an online campaign asking folks to redistribute either all or some of their stimulus funds into mutual aid by giving to Ayuda Mutua MKE. “We ask you to contribute stimulus funds you receive to support mutual aid efforts, which is 100% grassroots and does not receive any funding from the CARES Act, federal or state entities. The funds will be used to replenish our pantry and buy hygiene supplies,” states the group’s flyer.

The collective follows a consensus-based decision making model. It operates free of hierarchy and everyone’s input is valued. Ayuda Mutua MKE is an example of how mutual aid can lead the way in trying times.

Stay up to date on future Ayuda Mutua MKE campaigns; subscribe to their e-list here.