10 Ways to Fend Off the Far Right

It’s now clear America faces a dangerous far right anti-democracy movement. What can you do? 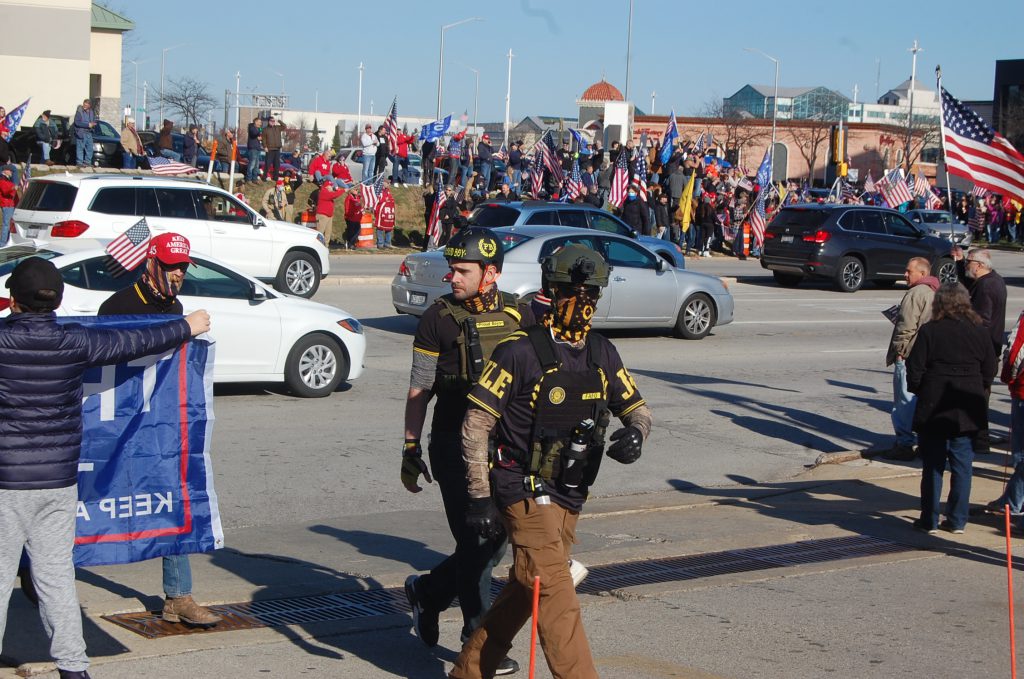 The Trump mob that trashed the Capitol on Jan. 6 made it absolutely clear that there is a dangerous far right anti-democracy movement in America that must be stopped.

This is an authoritarian movement, even a fascist movement, that uses racism and anti-Semitism and ultra-nationalism and irrationalism as fuel.

It wasn’t a coincidence that one of Trump’s storm troopers was carrying a giant Confederate flag inside the Capitol.

It wasn’t a coincidence that one of Trump’s storm troopers was wearing a sweatshirt that said “Camp Auschwitz.”

It’s not a coincidence that the Proud Boys wear T-shirts that say “B6MWE,” which stands for Because Six Million Wasn’t Enough., meaning that Hitler didn’t kill enough Jews.

This is the poison that’s in the air.

So we need to:

1. Call out racism, wherever we see it.

2. Call out anti-Semitism, wherever we smell it.

3. Be wary of ultra-nationalism

We’re all patriotic, but we need to understand that ultra-nationalism and scapegoating are the sperm and the egg of fascism.

The closest kin to what we’ve been seeing with Trump and Trumpism is fascism, so we need to study that subject. There are a lot of good books and articles out there, and we’ve compiled some of them on our website in a handy guide. Just Google “Trump and Fascism” and the “Wisconsin Democracy Campaign” and you’ll get it. And look at other resources on the subject, too.

The trashing of liberals and liberalism has got to stop. This is the stock and trade of Rush Limbaugh and Sean Hannity and their imitators on rightwing radio, but it is toxic to our political culture and it leads people into the arms of those who would destroy our democracy.

In the last election, Trump denounced Democrats not just as “socialists” but also as “communists,” a word I hadn’t heard in political campaigns in this country for decades. This kind of red-baiting is a throwback to McCarthyism but also a key aspect of fascists, who went after the communists and socialists first. And, by the way, one of the signs that the goons on Jan. 6 left at the Capitol was the word “socialism” with a line crossed through it. And another T-shirt of the Proud Boys is “Pinochet did nothing wrong,” even though the Chilean dictator was responsible for torturing and killing thousands and thousands of people after he seized power from the democratically elected socialist president, Salvador Allende.

In my pessimistic moments, I believe that we’re at the dusk of the Age of Enlightenment, and we need to uphold Enlightenment values. The rise of irrationalism – I give you Q-Anon – is a very scary prospect for democracy.

We need to exercise our First Amendment rights and protest nonviolently against this anti-democracy movement. We need to stand up in public and in the streets to defend our democracy. In all that we do, we need to uphold nonviolence, both as a moral imperative and as a political one. Violence is wrong, and it gets us nowhere.

We’re a divided country, and a divided state. One out of every two voters in Wisconsin voted for Trump. Not all of those voters, not most of those voters, are flying Confederate flags or wearing Nazi symbols on theirs shirts. I’m simply not prepared to write off half the voting population of Wisconsin. We need to dialogue with them and coax them away from the clutches of the fascists.

And lastly, we can’t do this work alone or isolated. We need to do the work of saving democracy in organizations, and with friends, otherwise it’ll be too big of a chore. So join the Wisconsin Democracy Campaign, or Common Cause, or the League of Women Voters, or the ACLU, or the NAACP, or the Color of Change, or Voces de la Frontera, or Stacey Abrams’s group Fair Fight, or the myriad of groups that are trying to preserve and expand our democracy.

It’s urgent that we get and stay involved. The future of our democracy depends on it.