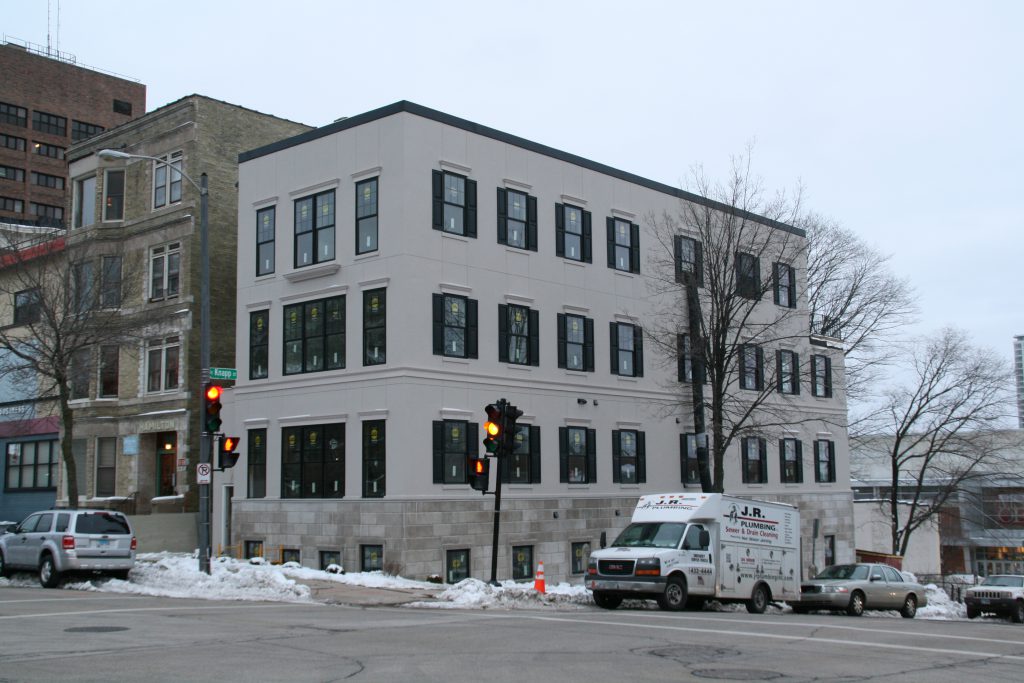 Preservation advocate Dawn McCarthy applied to have the duplex, which had been altered substantially since its construction, designated as historic. But the Historic Preservation Commission rejected the designation after multiple meetings.

The 28-year-old professional athlete, who has been with the Bucks since the start of the 2018-19 season, acquired the property in March 2019 for $325,000, according to city records. Connaughton told the commission he intends to live in the new building at 1245 N. Milwaukee St.

The project slopes downhill towards Fiserv Forum, with city records listing the under-construction building as four stories due to the mostly exposed lower level along E. Knapp St.

Connaughton is a graduate of Notre Dame and his firm has another project underway near the university campus in South Bend, Indiana. Three Leaf, which includes his father, real estate veteran, Len Connaughton, also has projects in Portland where Pat first played professionally. Joseph Stanton, a long-time friend of Pat, serves as a project manager for the company.

Patera is designing the building. Recyclean deconstructed the duplex.

Get a daily rundown of the top stories on Urban Milwaukee
The Milwaukee building is one of three Connaughton has planned in the city. His firm is advancing a proposal to construct a small building on a vacant site on E. Brady St. He’s also working to develop a new apartment building at 1737 N. Palmer St.

A four-story building would replace a two-story building at the Palmer Street site. The current building, clad in Cream City brick, was constructed in 1907 according to city records and includes a mix of first-floor commercial space and apartments above. A Department of Neighborhood Services report from September says the building is in “disrepair.” Stanton told Urban Milwaukee the company retained a structural engineering firm to explore options to reuse the building, but couldn’t find a feasible option. The highest-profile tenant in the building, clothing business Madam Chino, is searching for a new home. 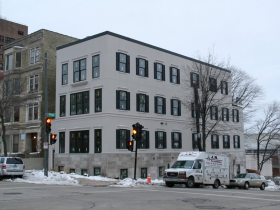 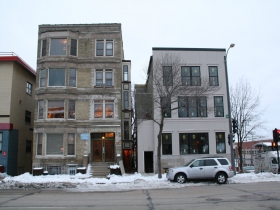 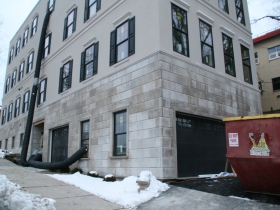 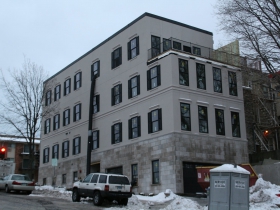