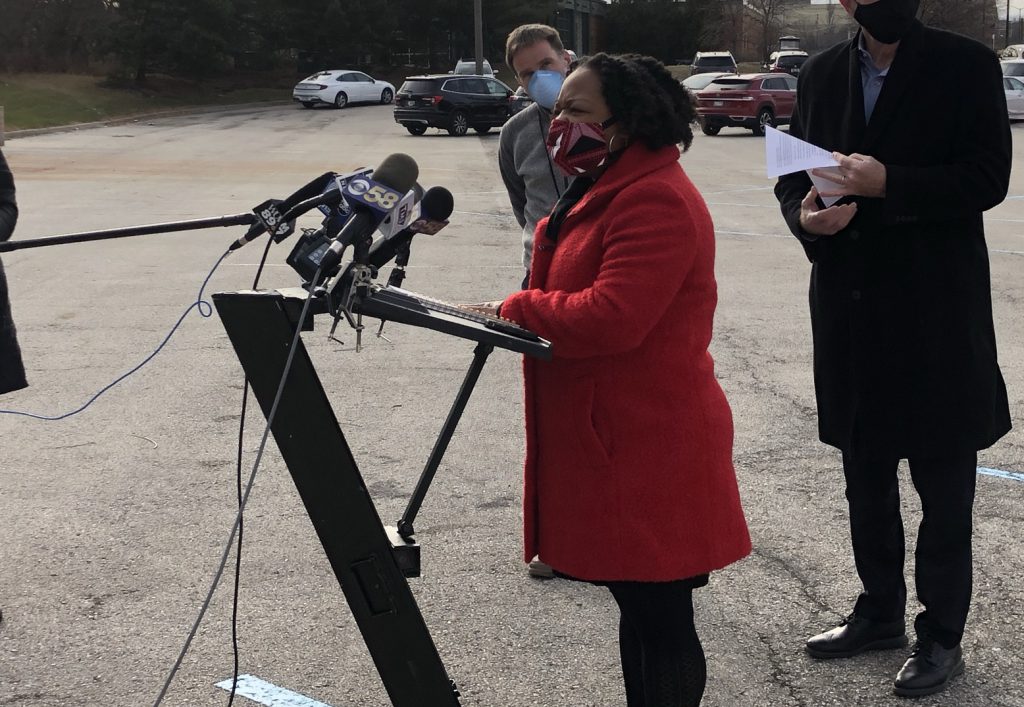 After two health inspectors were pushed and harassed at Serb Hall on November 14th and others received death threats in separate incidents, the Milwaukee Health Department scaled back its COVID-19 health order inspections.

“Frankly there was a fear from our health inspectors, and I would say a rightful fear,” said Interim Health Commissioner Marlaina Jackson on Thursday to members of the Common Council’s Public Safety & Health Committee. “They were fearing bodily harm.”

The City announced, following the Serb Hall incident, it would have the inspectors, who already work in pairs, be accompanied by Milwaukee Police Department officers.

Inspections resumed, but only during the day and only on weekdays. “The only time they’re not going out is evenings and weekends,” said Deputy Commissioner Claire Evers. Department officials previously said the inspections are complaint-based.

But Evers and Jackson said that change is coming, and that past violators aren’t necessarily off the hook.

The City Attorney’s Office, according to Jackson and Evers, has given the department the authority to issue citations based on documentation from complainants or police officers. In the case of a complainant, the individual must agree to testify in court.

“There is a two-year window of time we can issue a citation,” said Evers of the statute of limitations, noting that past complaints could result in citations. Police reports and body camera footage could be used. “There have been one or two instances where [officers] have given us something that happened in the past that we can now issue a citation from.”

The department is also working to hire a contractor to work on inspections said Jackson. Evers said they would go out at night.

Jackson indicated that she didn’t expect a wave of citations. “What we have found is the majority of establishments have been in compliance,” she said. The council authorized an increase in the maximum fine for violating the order from $2,000 to $20,000 in November at the department’s request to improve voluntary compliance.

The interim commissioner said that 1,500 complaints have been submitted and that MHD responded to 1,022 of them, issuing 23 citations.

But Evers, who works directly with the effort, said the total is 27 with new citations coming this week. A health department spokesperson said new citations were being drafted, but had not been issued. A single business can receive up to four citations per incident for violating health order mask-wearing requirements, social distancing protocols, capacity limits and “other.”

Our last report, published as the Serb Hall incident was happening, includes five businesses that were given citations. MHD also said it would issue citations to Serb Hall.

Violations of the city’s health order can be reported by calling 414-286-3674 or emailing cehadmin@milwaukee.gov.