By Isiah Holmes, Wisconsin Examiner - Dec 29th, 2020 11:33 am
Get a daily rundown of the top stories on Urban Milwaukee 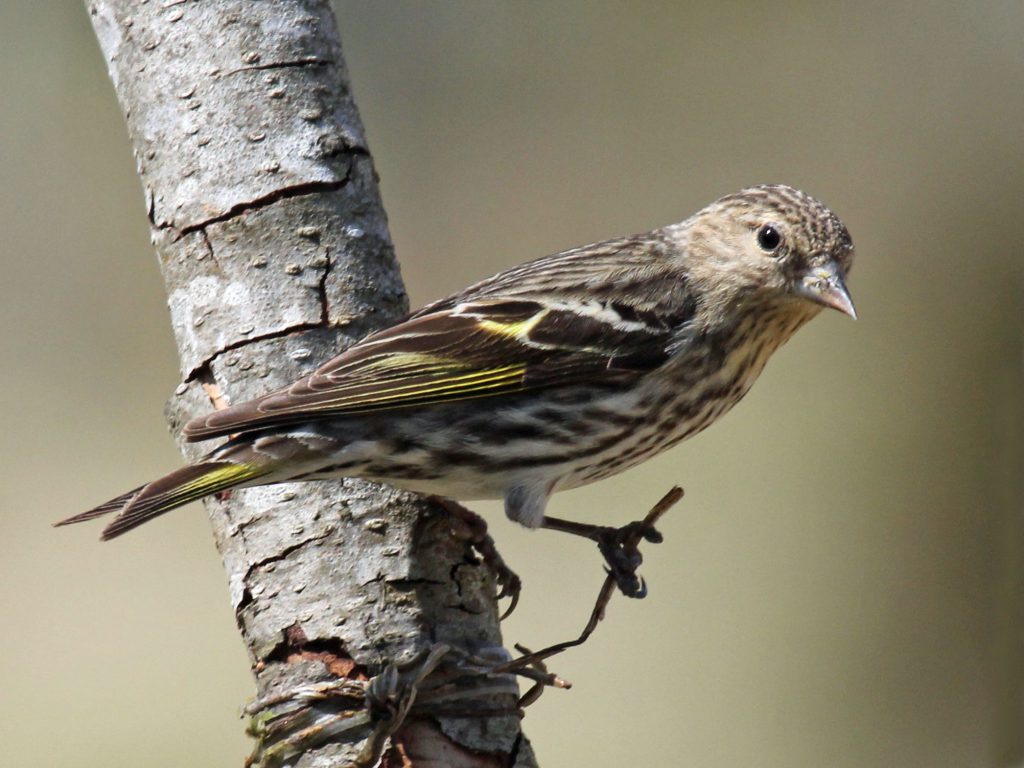 The Department of Natural Resources (DNR) is reporting increased numbers of certain bird species this winter season. With the mild weather in some parts of the state, birdwatchers are getting out and seeing all kinds of feathered companions.

Among the species are Pine siskins, evening grosbeaks and other so-called “winter finches.” These birds originate from the Canadian boreal forest in the eastern United States. “Many of these northern species have banner nesting seasons,” said DNR conservation biologist Ryan Brady. “But then poor tree seed and fruit crops across Canada forced the birds south in search of food.”

While it’s not uncommon to see a couple species of winter finch around, the number of species seen this year are unusually good. To date, six or seven species have been sighted by DNR staff and birdwatchers. Researchers are referring to this as a “superflight” event.

Red-breasted nuthatches and purple finches were among the first to arrive in late summer. Then came the Pine siskins in early fall, followed by two kinds of crossbills. As October turned into November, more evening grosbeaks arrived than in any year in recent memory, according to the DNR. More species followed suit, leading up to the holiday season and New Year.

Leaving food and water out for the birds is encouraged, particularly the seed and fruit bits which they crave. Clean water is important, however, as unkempt water can lead to the spreading of diseases. The DNR is also encouraging residents to participate in the Christmas Bird Count. Running from Dec. 14 to -Jan. 5, the count is one of the longest-running citizen science projects in the world. It provides a snapshot of North America’s early winter bird populations.

“The Christmas Bird Count is a great way to make your bird sightings count for conservation,” Brady said. “It’s also easy and safe to participate in your backyard or beyond.” Counts are conducted by volunteer birdwatchers which scour 15 miles per-determined zones. Wisconsin has over 100 such zones across the state.