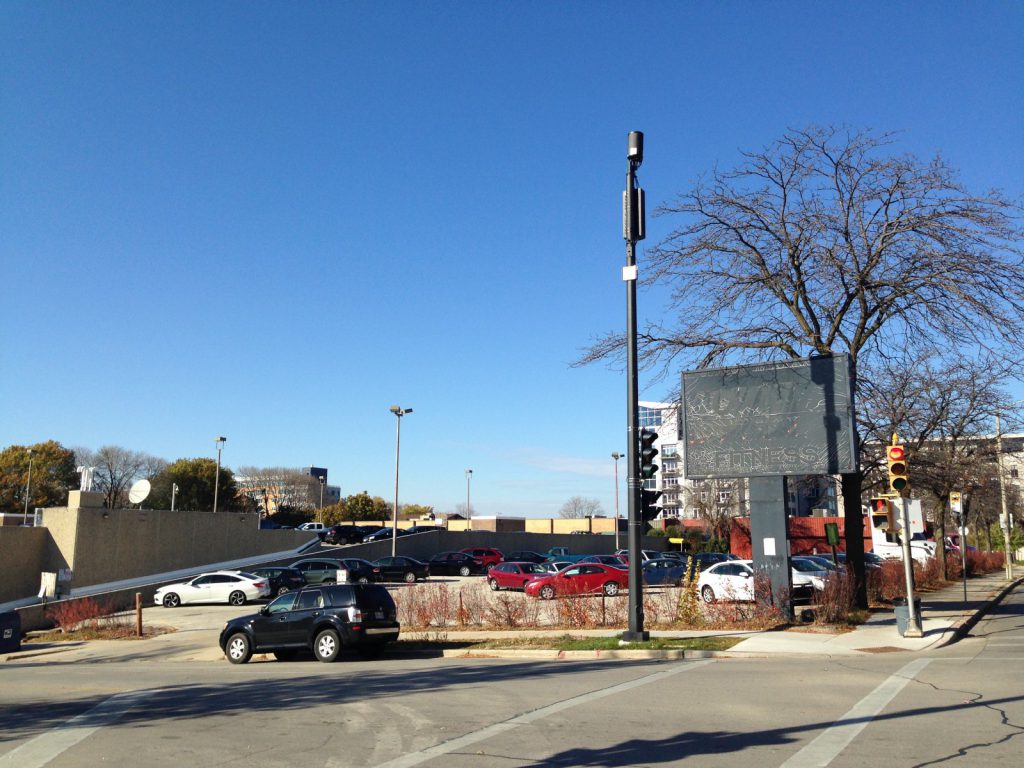 “Most people just gloss over it,” said New Land director Tim Gokhman of a focus on improving the resident experience both inside and outside of the apartment. “We are really focused on how people interact with the buildings they spent so much time with.”

But Gokhman said his firm has found success with what others consider just “just industry jargon.” He said New Land first implemented its new model with Rhythm, a 140-unit apartment building at 1632 N. Water St.

The lobby becomes not just a space to pass through, but one to spend time in. The developer now merges the club room into the lobby and places an emphasis on biophilia, the integration of nature.

The firm’s latest project, the 144-unit KinetiK in Bay View, took things a step further and integrated a heavy element of “play.” When I interviewed Gokhman we sat on swings that hang in the middle of the space. A person sat in a far corner working away on a laptop. Two others sat in a cove by the entryway socializing.

“It’s playful and energizing and I don’t think a lot of buildings do that,” said Gokhman. “KinetiK really nailed that.”

The developer hopes to scale that effort up to 220 units with the development of the Bucca’s site, 1237 N. Van Buren St. The Common Council will review a zoning change for the proposed mid-rise in early 2021.

While declining to disclose exactly what the amenities will be, he said many are planned. “That’s kind of the point of scale to have those amenities,” said the developer.

Get a daily rundown of the top stories on Urban Milwaukee
“The real trick is how you do the thread the needle with so many amenities and achieve a relatively affordable price point,” said Gokhman. “That’s the holy grail.”

The developer doesn’t think the new building will compete with the tower the firm is building a block south. Ascent, slated to be the tallest mass timber building in the world, will start to rise in early 2021 as foundation work wraps up. The 25-story tower will rent for a much higher price per square foot and compete with other luxury offerings, like 7Seventy7.

Instead Gokhman views it as competing in an overlooked submarket clustered around N. Van Buren St. and E. Juneau Ave. The last new building constructed in the area was City Green in 2007 said Gokhman, an apartment-condominium complex he once lived in. The downtown high rises are just to the south. The Lower East Side neighborhood starts north of Ogden Ave. The North End and Rhythm apartment buildings anchor an area to the northwest.

The firm has not released detailed design yets, but Gokhman said the L-shaped proposal will use traditional new apartment construction methods. Often described as “five over one,” the building will have a concrete parking garage base with wood-framed residential floors above. The Jackson St. facade, downhill from Van Buren, will have a three-story concrete base and five wood floors above. The Van Buren St. side will be shorter, a two-story base with five floors of housing above.

Pricing will be similar to other new apartments, with monthly per square foot prices just over $2.

Construction could begin in fall 2021, even as the firm has a number of other projects actively under construction or about to break ground. “We’ve grown substantially in size over the last year and a half in size,” he said of New Land’s capacity.

Beyond needing a zoning variance, there is another potentially complicating factor. New Land has a purchase contract for the site that expires in June 2021. Gokhman said it has been incorrectly reported as a purchase option, and instead is a contract with a late closing date.

New Land signed the deal with the site’s prior owner, Elite Sports Club, but then Johnny Vassallo stepped in to buy the site earlier this year. If New Land doesn’t advance its deal, Vassallo said he would pursue his own development. The developer is currently pursuing a 25-story tower in Wauwatosa, but encountering resistance.

Gokhman said New Land’s mid-rise proposal fits well for the neighborhood. Kitty-corner across the intersection of N. Van Buren St. and E. Juneau Ave. is an eight-story apartment building, The Blackstone. A number of other mid-rise buildings dot the area. To the southwest is the high-rise Juneau Village Towers complex.

The one-story building at the site housed a Bucca di Beppo restaurant until 2017. The rear of the building housed a series of athletic clubs. 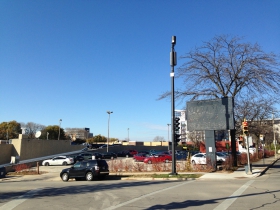 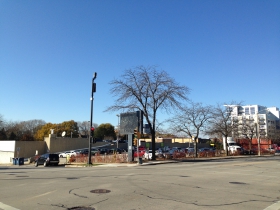 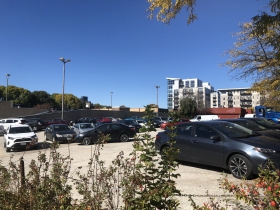 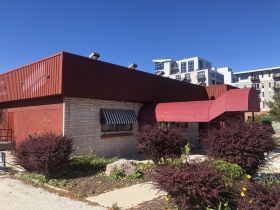 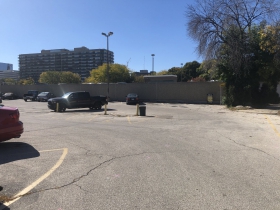 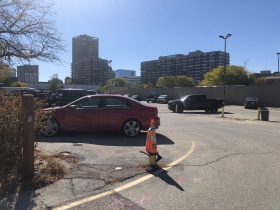