Case load less than half of what it was when things were "critically high."

According to a weekly Wisconsin Department of Health Services report, 64 out of the state’s 72 counties have a “high” level of COVID-19 spread in the past two weeks.

That’s actually good news, as every county had previously been labeled “very high” or “critically high” as the state had to repeatedly invent new classifications in October and November as case levels set new highs.

The two-week caseload is now less than half of what it was on November 18th.

The Wisconsin Hospital Association reported that 1,243 people were actively hospitalized with a confirmed case of the disease, a decrease of 31 from the day prior and 167 from a week ago. Thirty days ago the total was 1,999.

DHS reported 164 people were newly hospitalized in the past 24 hours in its daily data release. A total of 20,519 people have required hospitalization since the outbreak began, 863 in the past week.

Get a daily rundown of the top stories on Urban Milwaukee
DHS reported 69 new deaths. A total of 4,614 Wisconsin residents have died as a result of the virus, including 950 in Milwaukee County.

The 30-day average daily death total now stands at a record average of 53.43. Thirty days ago the rolling average was 41.37. 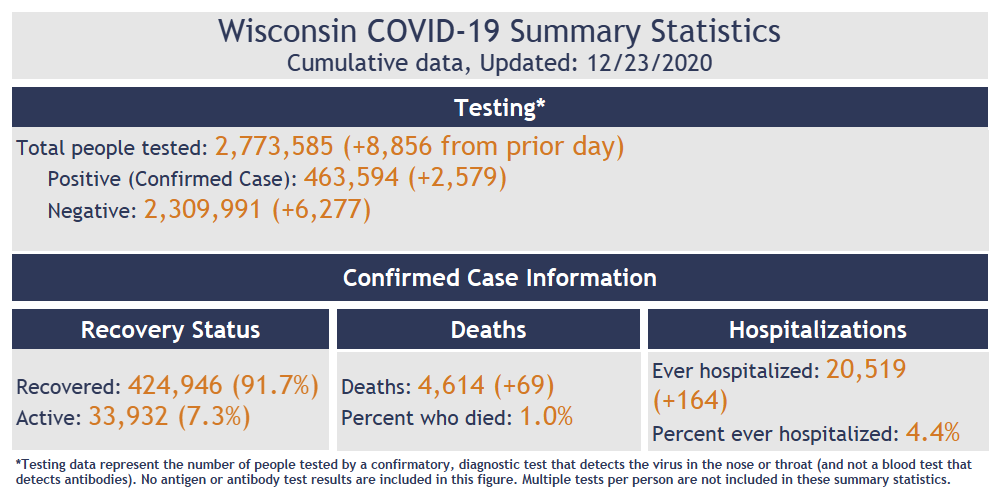 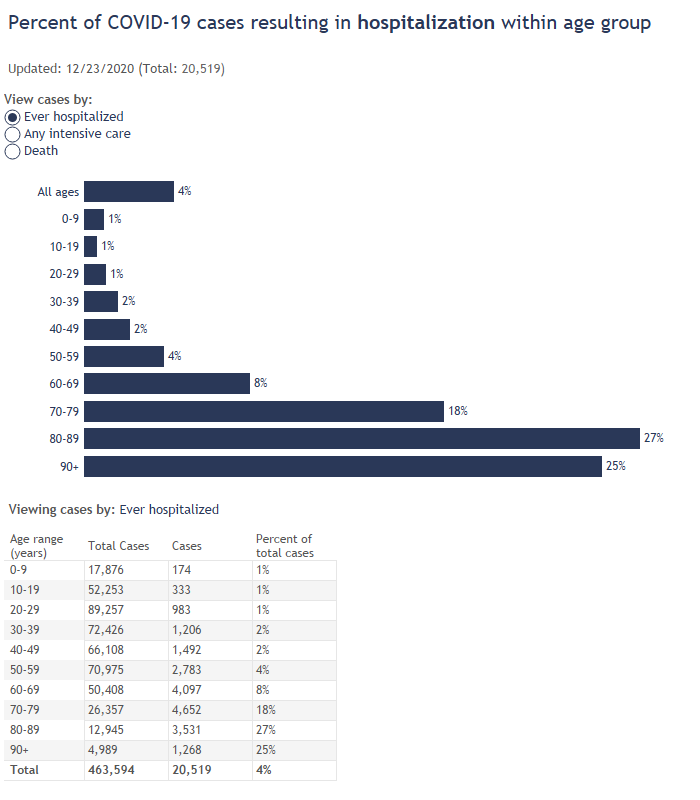