Popular Mexican bakery was on the brink of closing but has managed to survive. 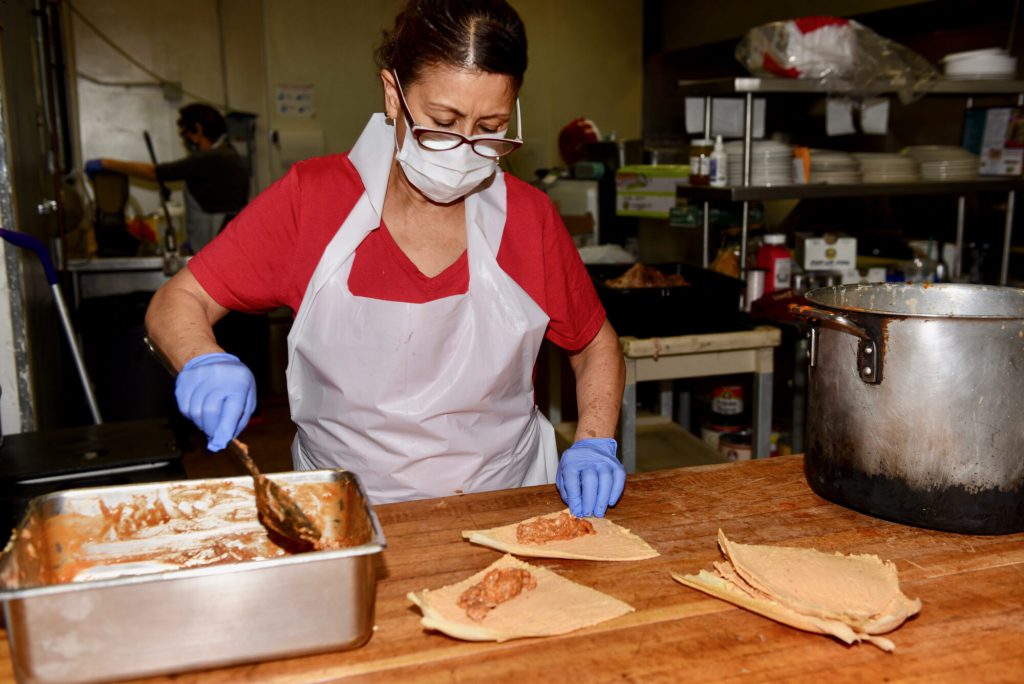 Cindy Lopez, who along with her husband, Jorge, owns Lopez Bakery and Restaurant, had every reason to be nervous in May.

Their beloved bakery, which they took over from her in-laws in 2012 but has been in business since the 1970s, was on the brink of closing.

“We don’t have much of a choice other than to keep fighting to save our business and believe that God will take care of us,” said Lopez at that time through tears.

Sales at farmers markets during spring and summer kept the bakery afloat, and although business is still much slower than normal at Lopez Bakery’s brick and mortar location at 1100 W. Historic Mitchell St., the holiday season has brought with it some hope.

“I see a light at the end of the tunnel,” Lopez said. “We’re still here, and that’s the great thing.”

Survival meant thinking outside the box, she said. As Christmas, their busiest time of year, approached, the bakery ramped up promotions, offering deals Lopez thought would appeal to customers celebrating the holidays amid a pandemic.

“People aren’t doing big parties — they’re doing little parties, so I came up with a tamale kit,” she said.

Tamale kits, ideal for single families, cost $30 and include a dozen tamales, 12 small cookies, two empanadas and two mini conchas (Mexican sweet breads) and a small bag of tortilla chips. The tamales, a Mexican holiday staple, come in various flavors including pork, chicken, bean jalapeno, rajas with cheese, and shredded beef. To Lopez’s delight, the kit has been a hit, with orders coming in over the phone and through the bakery’s Facebook page.

“Many customers buy them to drop off to family members that they can’t be with this year because of the pandemic,” Lopez said.

The gift of community support

Another main reason the bakery has survived during COVID and a reduction in walk-in sales is the support it’s received from other local businesses and organizations.

A recent order of 140 cookie trays from Cintas, a uniform and supply company, and another order for several dozen trays by First Weber Realtors, helped cover her five employee paychecks, Lopez said.

“It was a blessing; I was in tears crying,” she said.

Other supporters included Gregory León, chef and co-owner of Amilinda, a Spanish and Portuguese restaurant in downtown Milwaukee, and the Rev. Karen Hagen of Tippecanoe Presbyterian Church. They’ve been purchasing goods from Lopez and other local restaurants as part of a program called Hungry Hearts Community Meals.

Hungry Hearts Community Meals distributes 300 free meals each Saturday at Damascus Gate Restaurant, 807 W. Historic Mitchell St. So far, the program has distributed 9,300 free meals and paid over $90,000 to local restaurants, including Lopez Bakery. León said Lopez Bakery was chosen as one of 10 restaurants to support because of how important it is to the community.

“They’re such a staple in Milwaukee and in that neighborhood, and it would be so sad to see them go,” he said.

Despite the outpouring of support, the future of the business, like that of many others across the country, is still uncertain.

“I’m still worried about what’s going to come ahead, with January, February and March being our slow season as it is for others,” Lopez said. “But we made it this far, and I am so thankful to the community and everyone else that helped that happen.”