By Melanie Conklin, Wisconsin Examiner - Dec 9th, 2020 03:21 pm
Get a daily rundown of the top stories on Urban Milwaukee 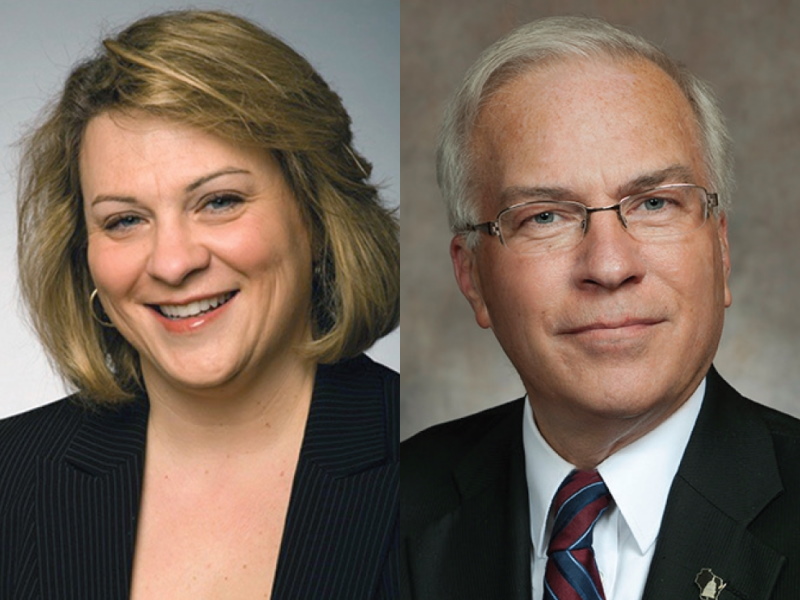 When The Washington Post recently surveyed Republican members of Congress, the news outlet found only 27 who would say that Joe Biden won the presidential election. (None of them were from Wisconsin.)

But state Rep. Janel Brandtjen (R-Menomonee Falls) took it a step further with her constituents, sending them an email with a flurry of false claims of fraud, telling her constituents:

“There is no doubt that after the filed affidavits and lawsuit, Donald Trump won this election in Wisconsin and several methods of fraud were used to change the outcome.”

Her target — as is frequently the case among Republican lawmakers in Wisconsin — was Milwaukee.

She cites lawsuits filed by Donald Trump supporters as proof that things were not fair, and calls the bipartisan Wisconsin Elections Commission “a rogue agency” that “misinformed clerks,” divided the state “and they need to be reined in.”

Brandtjen, who ran unopposed in the Nov. 3 election, is not alone in spreading false information and rumors about the election among Wisconsin Republicans. U.S. Sen. Ron Johnson has been widely cited promoting the idea of election fraud and a questionable result. State Sen. Steve Nass wrote to his constituents on Tuesday, “The disputed 2020 election for President of the United States is still undecided as numerous legal challenges progress in six states including Wisconsin. The legal challenges became necessary as individual citizens came forward with credible information of potential election fraud and complaints of election officials not properly following state election laws.”

Like Brandtjen, Nass uses the GOP legal challenges — the vast majority of which have already been shot down — to offer “proof” of potential election fraud.

And both the state Senate and Assembly leadership are furthering these lines of attack on the validity of the presidential election — which Biden won by more than 7 million votes nationwide and 306 votes in the  Electoral College to Trump’s 232 — by holding a joint meeting to review allegations of fraud on Friday, Dec. 11. This is taking place despite Trump ally and Attorney General Bill Barr declaring Tuesday that the Justice Department found no evidence of voter fraud that would alter the election outcome.

The Assembly Committee on Campaigns and Elections and the Senate Committee on Elections, Ethics and Rural Issues will meet at 10 am and the hearing will be streamed live by Wisconsin Eye. Brandtjen, who serves on the committee, states that the goal of the hearing, which will only allow for invited testimony, is “to discuss the laws that were broken during this election.”

Democrats, election officials — and increasingly some Republicans — have been speaking out against false claims of fraud and Trump’s continuing, unsubstantiated assertions that continues he won the election.

The chair of the Wisconsin Elections Commission Ann Jacobs, who sent the determination that Biden had won the election to the governor, who certified the results, has received threats to her children and family, according to a Tuesday New York Times article.

But Brandtjen — who also serves as vice-chair of Committee on Government Accountability and Oversight — remains resolute, declaring Friday’s meeting is just a first step. She vows, “I guarantee this will not be our last hearing.”