U.S. Department of Labor has "turned off" the program in the state.

By Rachael Vasquez, Wisconsin Public Radio - Nov 13th, 2020 11:42 am
Get a daily rundown of the top stories on Urban Milwaukee 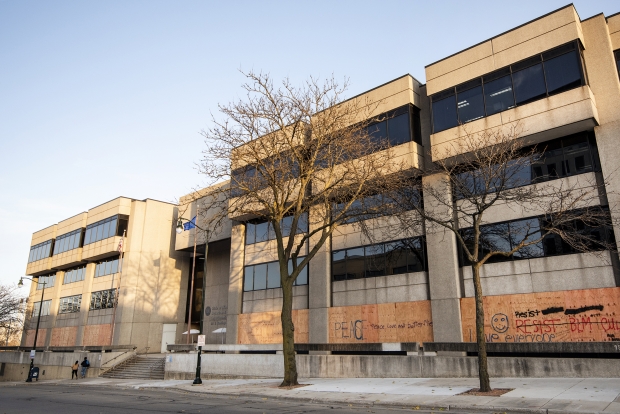 The U.S. Department of Labor has notified the Wisconsin Department of Workforce Development (DWD) that an unemployment insurance extension program known as Extended Benefits has been “turned off” in Wisconsin, according to a recent press release from DWD.

But the program’s end means that many of those still making their way through the unemployment system won’t have access to the additional weeks of coverage under the program, indicating for some, benefits will max out at 39 weeks. And, if Wisconsin doesn’t meet the threshold for reentering the program, countless others who may need unemployment assistance in the near future will have fewer options for staying on unemployment longer if needed.

DWD said for some who’ve exhausted their other options, there may be additional weeks of coverage available under another federal program, Pandemic Unemployment Assistance (PUA).

Many Wisconsinites who found themselves unemployed during the pandemic started on regular unemployment, which lasts for a maximum of 26 weeks in the state. If a recipient used all those benefits, they could apply for PEUC, which would cover an additional 13 weeks of unemployment insurance. If a recipient also exhausted their PEUC benefits, the next step would be to apply for Extended Benefits, which granted certain recipients a further 13-week extension of their benefits, which would total 52 weeks of coverage.

Extended Benefits uses triggers that start and stop the extra weeks of benefits. The triggers are affected by the health of a state’s labor force based on different economic metrics.

But as of early October, the share of people on unemployment in Wisconsin relative to the number of people covered by the unemployment insurance system fell to 4.87 percent, just under the 5 percent minimum needed to continue the program.

Shortly after that metric fell, Extended Benefits were “turned off” in Wisconsin.

In the less than six months the program was “turned on” in Wisconsin, no payments were sent out to those eligible for the program. That’s because, according to DWD, they’ve been unable to start setting up the technical infrastructure for it until they’ve finished setting up other new pandemic unemployment programs. But the department says anyone who was eligible while benefits were “turned on” will receive retroactive payments for all the money they are owed when the program is set up in December.

Lee Schutter, a Verona-resident who has been waiting since late July for payments to be made under Extended Benefits after she lost her job in marketing and communications, said waiting for her benefits has been “atrocious, maddening, frustrating (and) very emotional.”

“You don’t know from next bill to next bill what you’re going to be able to pay,” Schutter said.

Schutter also said she feels like the triggers used in the program don’t take into account the real economic conditions on the ground.

“That seems to be what they are adhering to … a number. Not taking into consideration that these are people out there,” Schutter said.

Lauren Bauer, a fellow of economic studies at the Brookings Institution, said that may be in part because the metric that “turned off” Extended Benefits in Wisconsin doesn’t count the number of people on new pandemic unemployment programs, like PUA and PEUC — so that metric doesn’t reflect the full scope of people receiving unemployment assistance currently.

Bauer further said that Congress could change the triggers to be more responsive to the unique economic conditions created during the pandemic, adding that it’s clear that the metric Wisconsin and other states rely on to “turn on” Extended Benefits “is turning off too quickly in a world where clearly tens of millions of Americans are currently on unemployment insurance and will need to be for an extended period of time.”

There is no deadline for applying for the program, according to DWD.

More information on the Extended Benefits program can be found at DWD’s FAQ page for the program.

A Federal Unemployment Insurance Extension Has Ended In Wisconsin was originally published by Wisconsin Public Radio.