After three years, Riverwest's bike boulevards on Wright and Fratney streets are ready. 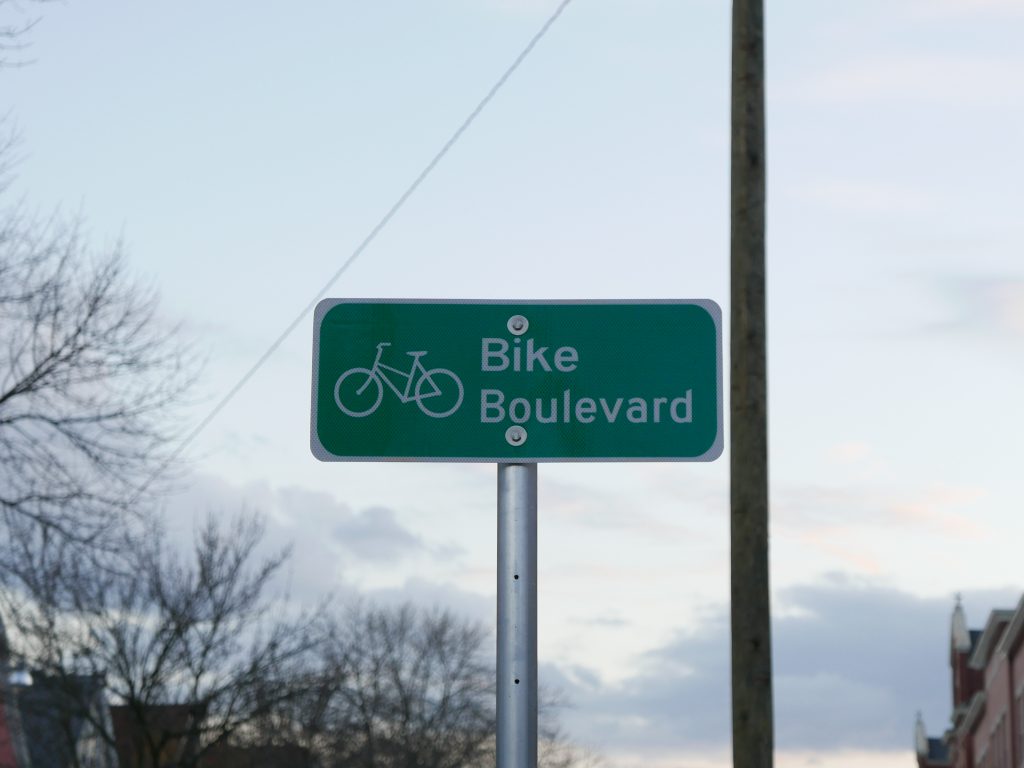 Milwaukee’s first ever Bike Boulevards are complete and open for use, and have been for a while.

A bike boulevard is a roadway that has been designed — or in this case redesigned — to lower traffic speeds and generally make it more amenable to bicyclists and pedestrians. Ideally, as James Hannig, bicycle and pedestrian coordinator for the Department of Public Works, has said in the past, it will slow cars down to the same speeds as bikes.

The two boulevards in Riverwest run north and south and east and west, and intersect on E. Wright St. and N. Fratney St. They form a T-shape with one running for nearly a mile on Fratney from E. Keefe Ave. south to E. Meinecke Ave. and the other on E. Wright St. running more than a mile from N. Palmer St. east to the Beerline Trail along the west bank of the Milwaukee River.

The city started planning the boulevards in 2017. And on Monday, a group of city employees, local residents, interested bicycle enthusiasts and the local Alderman Nik Kovac took a ride down the boulevard.

The group started at Reservoir Park at the southern terminus of Fratney Street. They rode from E. Meinecke Ave. to E. Keefe Ave., stopping along the way to discuss some of the new infrastructure and how it is intended to create the traffic environment that turns Fratney into a bike boulevard

As Urban Milwaukee has previously reported, the boulevard in Riverwest was built out using traffic circles, speed humps, curb extensions, signage, street painting — even reducing the number of stop signs.

At the intersection of N. Fratney St. and E. Clarke St. DPW removed the stop signs for traffic running along Fratney. This is supposed to make for better bicycling because all traffic down Clarke now has to yield to all traffic going down Fratney. And with the speed humps on Fratney, vehicle traffic likely won’t reach high speeds as it crosses the intersection.

Get a daily rundown of the top stories on Urban Milwaukee
The new curb extensions provide more space and visibility for pedestrians, and can slow traffic down at the intersection due to the slight narrowing of the roadway. They give pedestrians a little more sidewalk when crossing the street at busy intersections like the one at E. Center St. and N. Fratney St.

Hannig said DPW will continue to monitor the new boulevard over the coming months and in the spring to see if any adjustments need to be made.

Kovac said he’s already received a number of comments from constituents about the boulevard. “So it’s not perfect,” he said. But he noted it’s the first one, and that DPW worked very hard on it and that the city will learn from it and use it as a model for the future. “I’m really proud that Riverwest was part of it.” 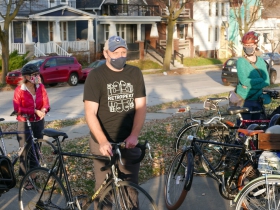 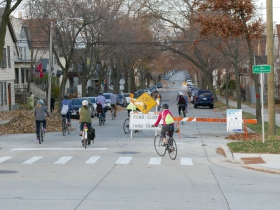 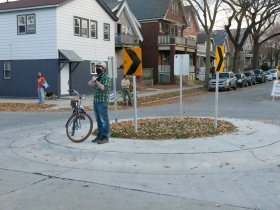 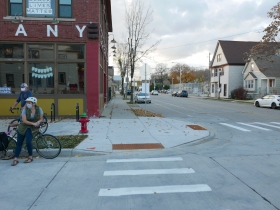 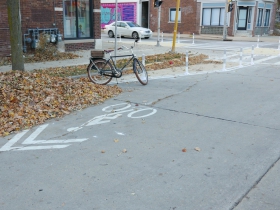 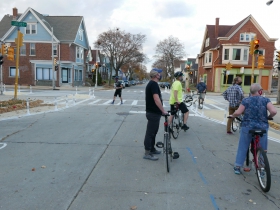 One thought on “Transportation: Ride the Riverwest Bike Boulevards”