Artist Gloria Ruiz-Santos painted mural on the side of tavern at 2nd and Mitchell. 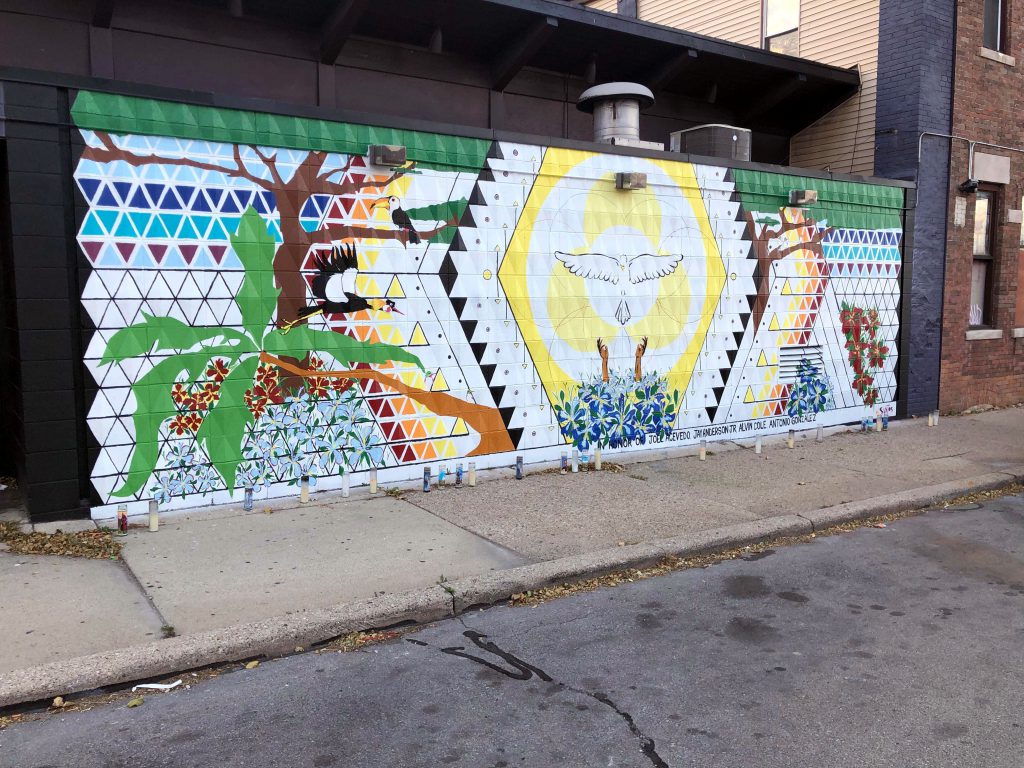 Mural on the side of Love’s On Tap, 201 W. Mitchell St. Photo by Jeramey Jannene.

Gloria Ruiz-Santos, a self-taught artist raised in Milwaukee, painted an eight-by-24 foot mural on the side of that Love’s On Tap bar (201 W. Mitchell St.) to honor the lives of Joel Acevedo and “Thee Three” (Antonio Gonzales, Jay Anderson, Jr. and Alvin Cole), all of whom died in the hands of Wisconsin police officers within the past five years. The art display was finished on November 1, the Day of the Dead or Día de los Muertos, the Mexican multi-day holiday for remembering friends and family members who have passed away.

The mural is painted onto the east wall of Love’s over the diamond-shaped blocks that protrude to the sidewalk. The flor de maga, the national flower of Puerto Rico, pops out of the right side of the mural and the iris tectorum, the national flower of Algeria, garnishes the bottom. Golden crowned cranes and toucans line the piece and symbolize Africa and Central America. In the center, two dark hands reach up towards a dove as light radiates across the rest of the concrete canvas.

“I wanted to incorporate a little of the Black and brown in there,” Ruiz-Santos says, explaining the natural symbols of Africa and Central America. For the Day of the Dead, the November 1 opening included the lighting of candles.

The mural’s purpose is to make people who pass by feel warm. “Everyone has really liked it,” she said. During her time painting with a brush or a spray gun, residents of the neighborhood have greeted her and told her to keep up the work. Cyclists on their way to work on 2nd St. have expressed their gratitude as well.

Ruiz-Santos says the mural is intended to stay up permanently. As a member of El Pueblo MKE, she took the responsibility to organize plant sales and the construction of the mural with the help of organization members. Elizabeth Torres, the owner of Love’s, contacted Ruiz-Santos to create the first mural and is hiring her to create the next one inside the restaurant. 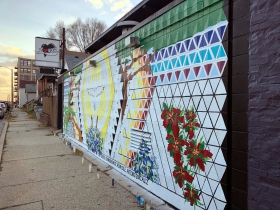 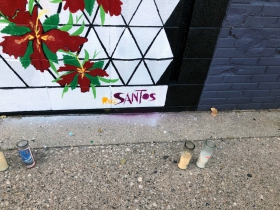 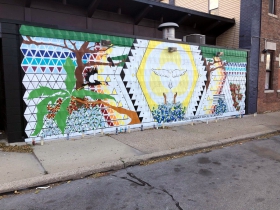 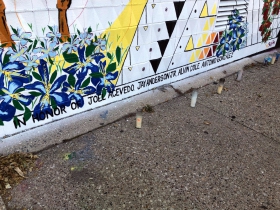 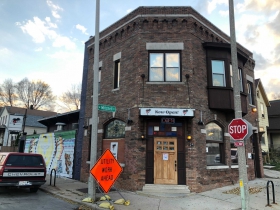