Some still loyal to Trump, some flip Democratic. 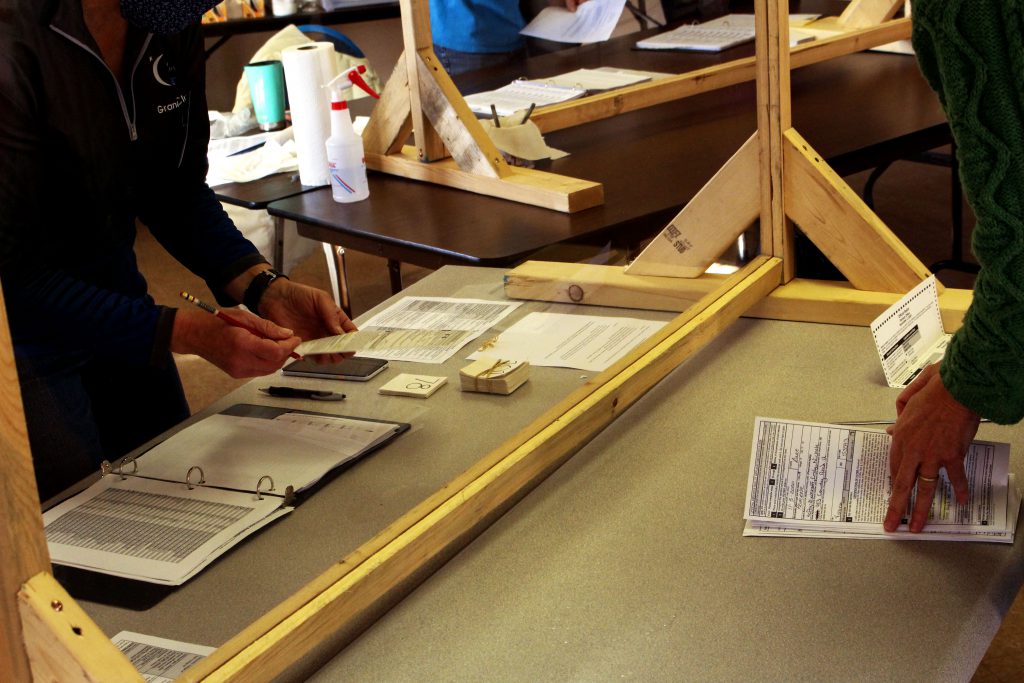 It took hours before the Town of Primrose clerk could step away from the polls to go feed her sheep, the City of Brodhead was close to its 2016 vote total before 1:30 p.m. and the Village of Argyle had 13 new registrations in the morning on Election Day.

As the City of Madison and its suburbs saw record-breaking turnout, its exurbs and communities in the surrounding counties also saw a lot of votes cast. All those votes were cast without anticipated problems in rural areas.

The small Town of Primrose in rural Dane County had reported a shortage of poll workers ahead of Election Day. But Clerk Ruth Hansen says she ended up having to turn away volunteers.

On Tuesday, the polling place at Primrose Town Hall saw a steady stream of voters from opening at 7 a.m. until shortly before 9.

By the end of the night, 508 votes had been cast in Primrose in the presidential race, an increase of 60 from 2016. Joe Biden outperformed Clinton and won the town with 66% of the vote.

Election observer Cindy Anderson, a volunteer with the Wisconsin Democratic Party from Oak Park, Illinois, says voting went smoothly as people came at a steady pace all day. It was so busy, in fact, that poll workers didn’t get a chance to start processing absentee ballots until shortly before 9 a.m.

Further south, in Lafayette County, voters in the villages of Argyle and South Wayne were also coming at a high rate.

At the Argyle Public Library, Clerk Sandra Flannery says she had 13 first- time voters register at the polls on Tuesday, many of them older residents.

“These are people who had never voted in their life,” Flannery says. “’Let me help you with that.’”

Flannery says there were at least 17 people in line when she opened the polls at 7 a.m. and there had been a steady rush of voters all morning.

By 10:30 a.m. the village had already seen more than 100 voters cast their ballot. That’s in addition to the 156 absentee ballots in the village.

Before lunch the Village of Argyle was already at 72% of its 2016 turnout when 358 people cast a ballot and Donald Trump beat Hillary Clinton by 56 votes.

At the end of the night, Village of Argyle voters had cast 411 presidential ballots. Again it was a close race but Joe Biden won by just 20 votes.

In South Wayne, poll workers say it was very busy all morning. A village that had 198 votes cast in 2016 had 98 in-person votes cast by noon and 44 absentee ballots returned.

While voters were able to smoothly cast their ballots, the village had its vote tabulator and a backup machine break down, meaning votes would need to be hand counted on Tuesday night.

This year, turnout in South Wayne increased by one voter, to 199. Trump won the village with 139 votes.

Like Argyle, the village had also seen a number of same-day registrations and first-time voters. Including 26-year-old Harley French who says he cast his first ballot for one reason.

Before 2 p.m. the City of Brodhead in Green (and a tiny bit in Rock) County had nearly surpassed its 2016 vote total. Nearly 1,200 votes had been cast before the end-of-work rush.

Brodhead did have to move its polling location from city hall to the fire station to allow for more social distancing but that didn’t stop voters from turning out or poll workers from counting absentees.

Before Tuesday, more than 740 absentee ballots had been returned to the city clerk. All of them had been counted by 1:30 p.m..

Jaimie Grossman, an election observer with the Wisconsin Democratic Party from Woodstock, Illinois, says the line in the fire station was long in the morning — when voters lined up before 7 a.m. — but had since been short with voters coming at a steady pace.

Luckily, one poll worker says, the fire department hadn’t had to go out on a call while votes were being cast — although there was a contingency plan in case that happened.

One thought on “Turnout High in Rural Wisconsin”