Past recounts in Wisconsin have changed small number of votes.

By Laurel White, Wisconsin Public Radio - Nov 4th, 2020 06:40 pm
Get a daily rundown of the top stories on Urban Milwaukee 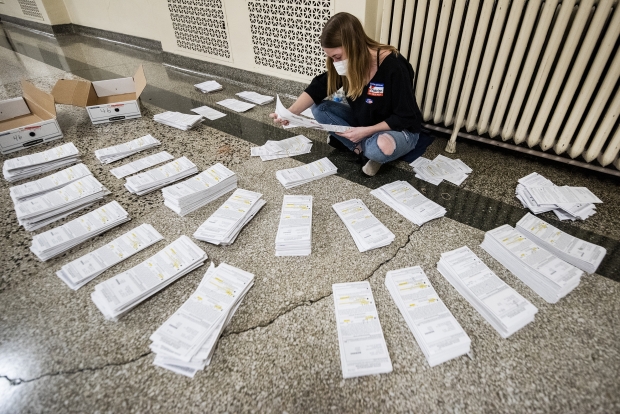 The Trump campaign said Wednesday it will request a presidential recount in Wisconsin, but previous recounts in the state have changed only a small number of votes.

“The President is well within the threshold to request a recount, and we will immediately do so,” Stepien said in the statement.

Under a Republican-backed state law passed in 2017, an election recount is only possible in Wisconsin if the runner-up is within 1 percent of the winner in races where more than 4,000 votes were cast. A recount isn’t automatic — it must be requested by one of the candidates.

As of early afternoon Wednesday, the margin in the 2020 presidential election in Wisconsin met the less-than-1-percent requirement for a recount. According to unofficial results from the Associated Press, Democratic presidential nominee Joe Biden led President Donald Trump by about 20,000 votes, with 49.6 percent of the statewide total to Trump’s 48.9 percent.

Previous recounts in Wisconsin have not changed the outcome of elections.

In Wisconsin’s 2016 presidential recount, requested by Green Party candidate Jill Stein, only about 1,500 votes were changed out of the roughly 3 million cast. Trump gained 131 more votes in the recount than Democratic nominee Hillary Clinton and maintained roughly the same Election Day margin of victory.

The recount took 10 days to complete and involved hundreds of election workers and numerous observers, including campaign lawyers. Its $3.5 million cost was covered by Stein’s campaign. If an election is decided by less than one quarter of a percentage point, the state pays for the recount. If the race is decided by between one quarter and a full percentage point, the campaign that requested the recount covers its cost.

On Wednesday morning, former Gov. Scott Walker tweeted about Wisconsin’s recount law and what Trump would have to overcome to eclipse Biden’s lead of about 20,000 votes.

Walker also pointed out a 2011 recount in a state Supreme Court race only changed about 300 votes out of about 1.5 million cast.

The tight margin between Biden and Trump was expected in Wisconsin, and mirrors tight races in previous presidential elections in the state. In 2016, Trump won by fewer than 23,000 votes. In 2004, Democrat John Kerry won by 11,384 votes. In 2000, former Vice President Al Gore won by just 5,708.

Trump Campaign Says It Will Request Recount In Wisconsin was originally published by Wisconsin Public Radio.