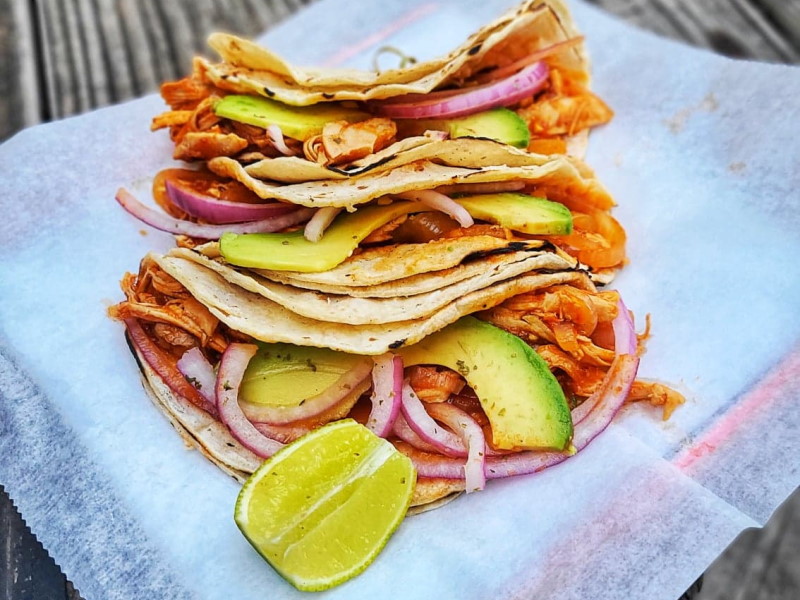 The owners of the cheel, a popular Nepalese restaurant located at 105 S. Main St. In Thiensville, are opening a new Mexican restaurant nearby at 105 W. Freistadt Rd. The restaurant is named Daily Taco, incorporating the surname of owners Jesse and Barkha Limbu Daily. The Journal Sentinel’s Carol Deptolla reports:

Daily Taco, which will have counter service and cocktails, will focus on the flavors of western Mexico. A friend of Barkha Daily’s, Marisol Rojas, is visiting from Guadalajara to instruct Daily on techniques and recipes.

Daily said she wants to keep flavors and preparations as traditional as possible, so she turned to Rojas for help.

Daily Taco will have entrees ($12.50) in which diners choose from chicken, pork, beef, ground beef, fish, soy chorizo or hibiscus, and then choose whether to have it in tacos, a burrito, burrito bowl or salad. Rice and beans would be sold a la carte.

The restaurant will have two soups, one chicken, one vegetarian, and appetizers or snacks including guacamole, queso fundido and flautas that are filled with chicken or potato and bean.

For dessert, diners can choose from churros fried to order or tres leches cake…

Because of distancing during the pandemic, the restaurant will have only about six tables for customers dining in, but it will open a large patio in spring…

Honey Butter Cafe, a new restaurant offering all-day breakfast and lunch in Franklin, is now open at 7221 S. 76th St. The restaurant was opened by Laz Koutromanos, the owner of Open Flame (5081 S. 108th St.), alongside his sister Elli. JS reporter Hannah Kirby has the details::

Laz said the most popular dish so far has been the s’mores brioche rench toast, which features Graham cracker-crusted brioche bread filled with Nutella and topped with toasted marshmallows.

For lunch, there are appetizers, salads, handhelds, burgers, paninis, and a Friday fish fry.

One of the restaurant’s signature items is the loukoumades (honey puffs), which Laz described as a deep-fried “Greek doughnut.” He said they’re traditionally soaked in honey and topped with cinnamon. 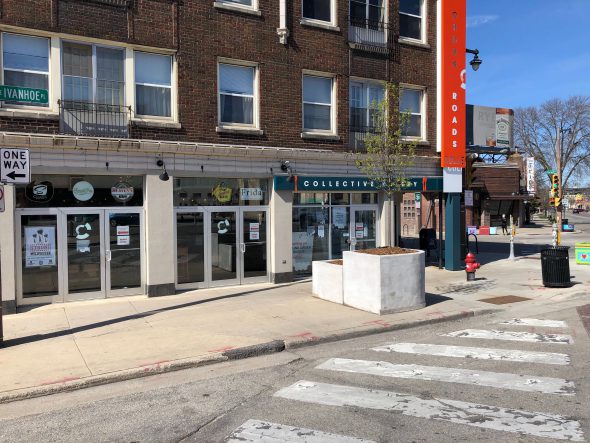 It’s not uncommon for Milwaukee restaurants to “dress up” as new concepts for Halloween. This year, Mina (2238 N. Farwell Ave.) will transform its Crossroads Collective restaurant into a Guy-Fieri-themed pop-up called Flavortown. Fire is a celebrity chef for the Food Network and the pop-up will specialize in his personal favorites, such as French onion loaded totchos, chorizo jalapeno poppers and pretzel and caramel cheesecake. OnMilwaukee’s Lori Fredrich reports:

(Mina) will be hosting a remote raffle all week long, featuring prizes from local businesses including Pete’s Pops, The Mothership, Balzac, Crossroads Collective and several others. All sales from the pop-up and raffle will be donated to the Milwaukee Freedom Fund.

Created by Black and Brown Milwaukee organizers, The Milwaukee Freedom Fund works to see that residents are supported as they assert their rights to protest for justice. The organization raises funds and gathers resources to support bail funds, court-related costs and transportation as well as food, water and other needs. The goal is to create a locally controlled and operated Milwaukee Bail Out Fund that is part of the National Bail Out Network, supporting ongoing bail abolition efforts, immigration initiatives and work that supports Black and Brown Liberation and young people fighting to build a new, equitable world.

Stone Creek Coffee has announced it will permanently close its cafe connected to the 88 Nine Radio Milwaukee station at 158 S. Barclay St. The announcement was made via a Facebook post on Stone Creek’s page. The post attributes the closure to “events surrounding the COVID-19 pandemic” and says all employees will retain their hours and be moved to other cafes. The cafe had been operating out of the building since 2013, and its last day of service will be on November 15.

Midwest chain Doc’s Commerce Smokehouse has temporarily shut down all four of its locations until further notice, including the one in Milwaukee at 754 Vel R Phillips Ave. on Wells St. The restaurant, known for its Southern-style barbeque menu, broke the news via Facebook with a post that attributed the closures to COVID-19. The chain’s last day of operations was on October 18, but the post assures customers that the restaurants will return.