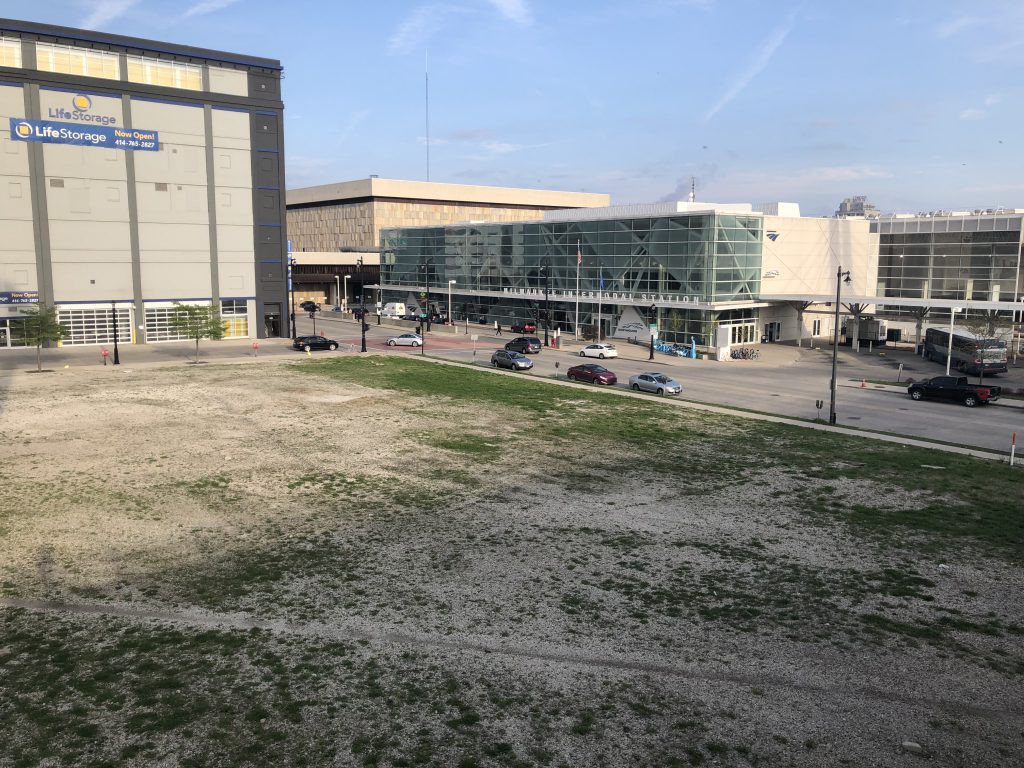 An attempt to sell a publicly-owned vacant lot across from the Milwaukee Intermodal Station has drawn no takers, at least not yet.

The Wisconsin Department of Transportation issued a request for proposals for its land at 431 N. 5th St. and an adjacent city-owned parcel in 2019. The two parcels cover 44,200 square feet, approximately one acre.

According to a WisDOT representative, the $1.93 million asking price drew no bidders by the January deadline request for proposals deadline. It now remains for sale on a rolling basis.

The property does come with one public impediment – a need to retain the three-sided billboard on the site or buy out the lease. But beyond that, WisDOT and the city want to see a sizable building.

“Density on this site is encouraged,” wrote WisDOT in its RFP. “Well-designed hotel, residential, or office uses that positively impact the area are welcomed. Expansion of tax base and job creation are desired.”

In addition to the train station, the parcel is a block from The Hop streetcar line, near Interstate 794 on-off ramps and three blocks from the convention center. The north side of the parcel backs up to the elevated freeway, while the west side borders the elevated Sixth Street Bridge.

Historically, the site has been used by several industrial or warehouse operators. WisDOT acquired the property in 2004 for $2.3 million, demolishing the buildings on-site, as part of the Marquette Interchange project.

City and state records indicate the complex of buildings formerly on the site dated back to at least 1915, originally built for a predecessor of the Palmolive Company. An industrial skywalk connected the four-story-tall complex to the warehouse, 420 W. St. Paul Ave., still standing across the street and was used by Boston Store when the company owned both buildings. The complex was owned by Allied Glove when WisDOT acquired it for the highway project. The land was included in a proposed on-and-off ramp connecting to Plankinton Ave. as Bruce Murphy reported for Milwaukee World in 2001, but the proposal was rejected.

Get a daily rundown of the top stories on Urban Milwaukee
The warehouse across the street is now a LifeStorage self-storage facility, one of the state-owned parcel’s explicitly prohibited uses.

WisDOT will not consider proposals primarily for parking or that include a pawn shop, cigarette or cigar shop, gun shop, liquor store, payday or auto-title loan store, check-cashing facility or self-storage facility.

The city’s 2010 downtown plan envisioned a parking garage on the site as part of a larger redevelopment of the area. In 2018, the Common Council endorsed including the city land, left over from a roadway reconfiguration, in the sale.

Another WisDOT-owned parcel, near N. 124th St. and W. Bradley Rd., is under contract to an undisclosed buyer to be sold and developed. City records refer to the proposal as a hotel. 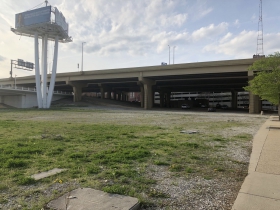 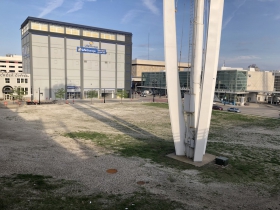 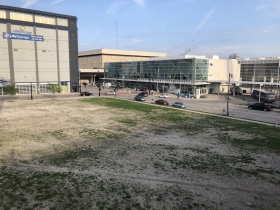 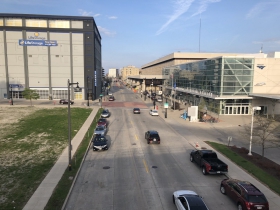 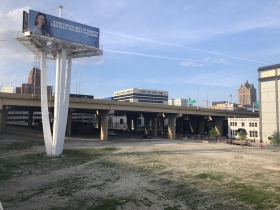 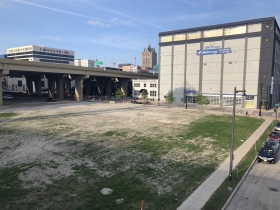